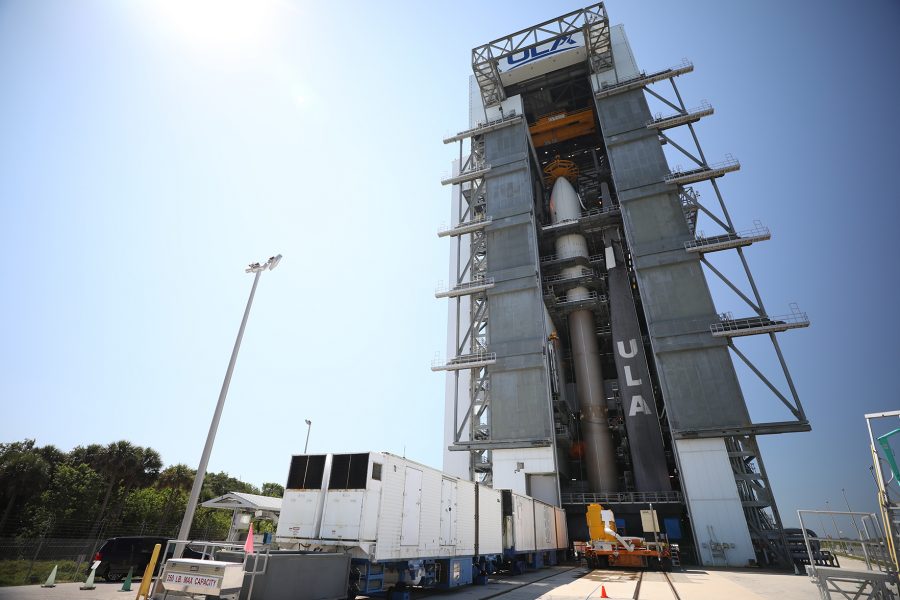 The secretive, unmanned orbital test vehicle, which will launch on a United Launch Alliance Atlas V rocket, is notching new milestones as it matures. Its fifth mission was its longest to date, ending Oct. 27, 2019 after 780 days on orbit. Now, it will take a new approach to bringing experiments to space.

“This sixth mission is a big step for the X-37B program,” said Randy Walden, who runs the Air Force Rapid Capabilities Office. “This will be the first X-37B mission to use a service module to host experiments. The incorporation of a service module on this mission enables us to continue to expand the capabilities of the spacecraft and host more experiments than any of the previous missions.”

Aiding this slate of experiments is the FalconSat-8, a small satellite provided by the U.S. Air Force Academy and Air Force Research Laboratory. FalconSat-8 is carrying five payloads that USAFA will operate while in space, the Air Force said. The service did not provide details on those payloads.

“In addition, two National Aeronautics and Space Administration experiments will be included to study the results of radiation and other space effects on a materials sample plate and seeds used to grow food,” the Air Force said. “Finally, the U.S. Naval Research Laboratory will transform solar power into radio frequency microwave energy, which could then be transmitted to the ground.”

These experiments are also notable because they are unclassified, indicating the public may learn more about the X-37B as space operations and research are increasingly in the spotlight. The spaceplane is unique because it brings experiments back to Earth and redeploys with more, instead of leaving them on orbit.

“Like all flight test programs, each [orbital test vehicle] mission builds upon previous on-orbit demonstrations and expands the test envelope of the vehicle,” Space Force spokesman Maj. Will Russell said. “The test mission furthers the development of the concept of operations for reusable space vehicles, and finetunes technical parameters for an affordable, reusable space vehicle. OTV missions allow us to examine a payload system or technology in the environment in which it will perform its mission. The unique aspects of the OTV allow us to mature these new technologies and inspect them following the de-orbit sequence.”

An X-37B landing was featured in the Space Force’s first recruitment ad that was released May 6, shortly after the new service began accepting formal transfer applications from Airmen.

The spaceplane has spent seven years and 10 months on orbit in total, and spent about three times as long in space during the past two missions as it was designed for. The Air Force is evaluating whether to replace the two vehicles.