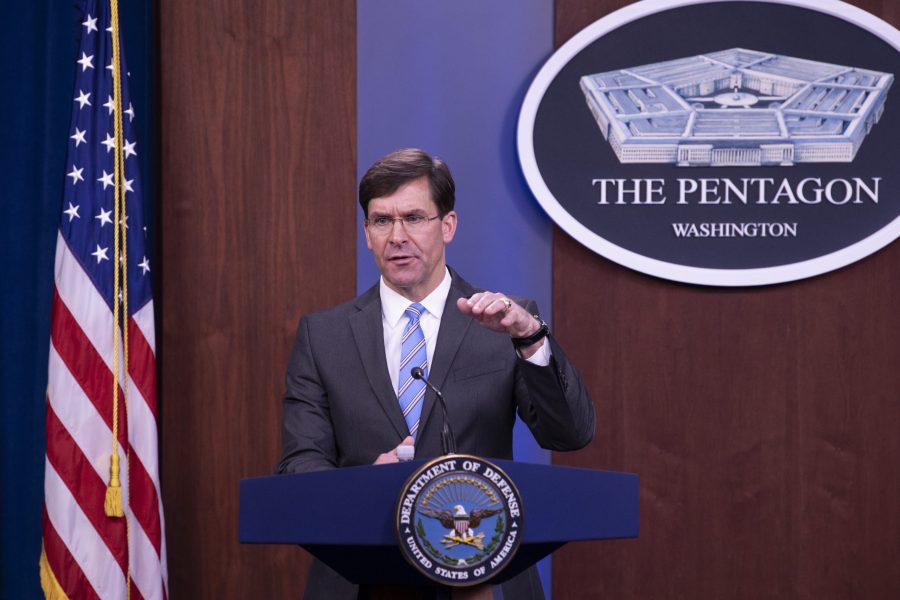 Defense Secretary Mark Esper’s spending priorities under expected flat budgets mirror those of the Air Force in the fiscal 2021 budget: sacrifice legacy hardware to pay for modernization. He also won’t back off from the massive program to modernize the strategic arsenal.

During a May 5 Pentagon press briefing, Esper was asked what programs would be vulnerable if high government spending on the coronavirus pandemic suppresses defense spending.

“Frankly, my inclination is not to risk any … modernization programs,” Esper replied. His preference is to “pull out more of the legacy programs” instead.

“We need to move away from legacy,” Esper continued, and “invest those dollars in the future.” There are “dozens” of legacy programs he thinks are ripe to be discontinued across the services—though he did not identify any in particular—adding “that’s where I would start” in any budget reduction planning.

The Air Force has come under fire for just this approach, having offered up B-1 bombers, A-10 attack jets, and numerous aerial tankers for retirement in the fiscal 2021 budget, with the aim of using the resulting savings to develop the joint all-domain command and control system and other modernization programs.

Esper acknowledged that his approach likely entails some “near-term risk,” but said this is necessary given the technological “trajectory” of China now and Russia “in the coming years” in rapidly fielding advanced weapons.

He also won’t “risk the strategic deterrent” by reducing spending on nuclear weapons modernization, saying it remains the highest priority.

Air Force Chief of Staff Gen. David Goldfein, explaining USAF’s fiscal 2021 budget priorities in January, said the spending plan would create some “real-time, near-term risk,” but the payoff would be a war-winning inter-service connectivity through JADC2. Goldfein noted that the Air Force actually wanted to pare its legacy capabilities down even further than the $30 billion worth included in the budget submission, but “we didn’t get everything we wanted” in late 2019 internal budget deliberations, over which Esper presided.

Goldfein has since said that multiple wargames show that only with JADC2 does the joint force win in the “most stressing scenarios,” and that a smaller but more modern force does better than a larger force comprised mostly of older gear.