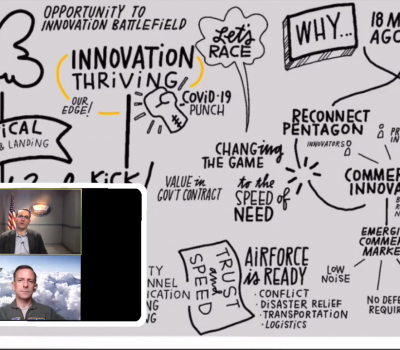 Air Force Kicks Off Its Search for a Flying Car

By Brian W. Everstine
The Air Force on April 27 kicked off Agility Prime, a new effort to help industry create a “flying car” for both commercial and military use. “There is a path for the military market to accelerate domestic use,” said Will Roper, the Air Force’s assistant secretary for acquisition. This new type of aircraft “represent[s] a truly transformative leap ahead in transportation,” he added. For the Air Force, small commercially produced aircraft can help with special operations missions, search and rescue, point-to-point logistics, and defense support to civil authorities missions. The weeklong Agility Prime virtual conference includes speakers from the U.S. Air Force, the Department of Transportation, the Federal Aviation Administration, Defense Innovation Unit, individual companies, and lawmakers. 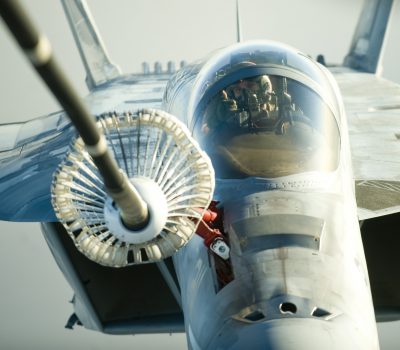 By Brian W. Everstine
The Air Force is extending its feasibility study into the use of privately owned aerial refueling tankers after an initial report determined further research is needed to understand legal and financial challenges. Last week, the Air Force delivered a Commercial Air Refueling Report to the House Armed Services Committee, which Air Force Secretary Barbara Barrett reviewed and then asked for 60 more days to further study the issue. “AMC is actively exploring a commercial contract air refueling option to complement our current tanker fleet for use in low-threat, non-combat environments such as testing and limited training,” AMC said. “After reviewing the initial report, the Secretary of the Air Force directed Air Mobility Command to further study the potential use of commercial aerial refueling services to meet requirements before moving towards initiating any contractual arrangements with service providers.” 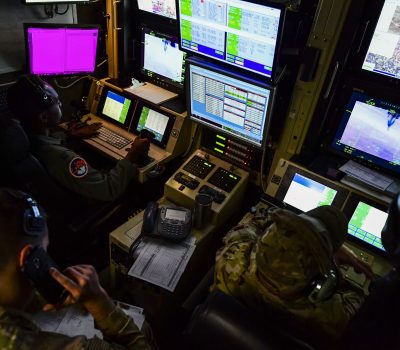 By Rachel S. Cohen
Drone pilots and their sensor operator partners are used to life in enclosed spaces. They sit side-by-side in ground control stations, or cockpits, that measure less than 200 square feet, but those close quarters make social distancing in the age of coronavirus a challenge. Still, there's no less demand for remotely piloted aircraft and the intelligence and airstrikes they provide, so the 432nd Wing/Air Expeditionary Wing at Creech Air Force Base, Nev., and 319th Reconnaissance Wing at Grand Forks Air Force Base, N.D., have had to adapt to new crew assignments and more flying hours. 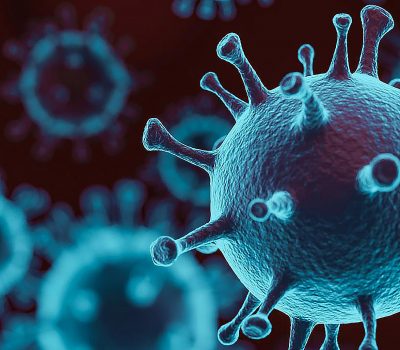 By Rachel S. Cohen
Defense experts on April 27 warned the Pentagon not to seek money for its program wish lists as part of future spending legislation meant to deal with the coronavirus pandemic. The Department of the Air Force’s fiscal 2021 unfunded priorities list spans $3.2 billion for the Air Force and $1 billion for the Space Force. Those lists aim to secure extra money for important programs on top of the regular budget request. Turning to UPLs might not “scratch the itch” of what Congress wants to fund for DOD as it looks to bolster the economy in a fourth, and possibly fifth, stimulus package, said Todd Harrison, a defense budget analyst at the Center for Strategic and International Studies. 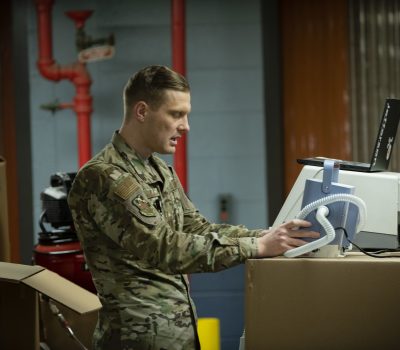 Here’s How USAF Plans to Cope with the Ventilator Shortage

By Jennifer-Leigh Oprihory
The new coronavirus crisis and America's subsequent ventilator shortage have forced hard conversations about how to prioritize these life-sustaining pieces in civilian medical centers across the country. Even though states, hospitals, and medical professionals are establishing rules for deciding who most deserves a ventilator if scarcity demands, Air Force Surgeon General Lt. Gen. Dorothy Hogg says the service has a different game plan. “I am gonna do everything in my power to get the ventilators that I need, where I need them, when I need them, and I am not going to … be the person to say who gets one or who doesn’t get one,” she told Air Force Magazine. 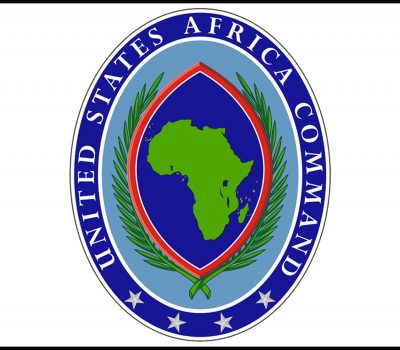 By Brian W. Everstine
A U.S. strike on al Shabaab militants in February 2019 killed two civilians in addition to the intended targets, according to a new review of all U.S. Africa Command strikes on violent extremist organizations in two theaters. The command is now conducting quarterly reviews of allegations of civilian casualties in an effort to increase the transparency of its operations in Libya and Somalia. The first review, released April 27, focused on 91 airstrikes in the two countries between Feb. 1, 2019, and March 31, 2020. “It is important that our partners and the public understand our commitment to minimizing collateral damage while conducting military operations,” AFRICOM boss Gen. Stephen Townsend said in a release. “Where we come up short, we will admit it openly.” 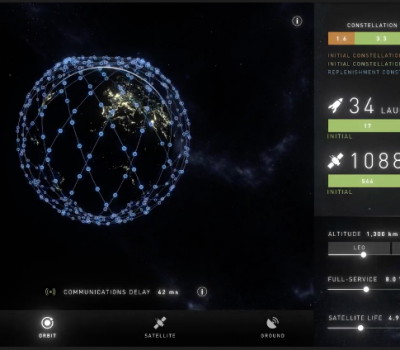 By Shaun Waterman
For all those who believe that they could do better than Blue Origin boss Jeff Bezos or Space Development Agency chief Derek Tournear at designing communications satellite constellations—there’s now an app for that. Constellations, a new app from Lockheed Martin Space, lets users simply and quickly visualize a globe-spanning network of satellites and shows easily how changing one parameter, like the orbital altitude, impacts others, like the number of satellites or ground stations needed.

Writing for the court, Circuit Judge Kathleen M. O'Malley found that then-Air Force Secretary Michael Donley's policy change violated the existing Defense Department instruction, which said that an officer who was less than six years from retirement should be presumptively retained. She also said the guidance failed to indicate how retention board members should interpret "the best interests of the Air Force," making it confusing and unhelpful.

An issue that risks damage to the F-35’s tail section if the aircraft needs to maintain supersonic speeds is not worth fixing and will instead be addressed by changing the operating parameters, the F-35 Joint Program Office told Defense News in an April 24 statement. The deficiency, first reported by Defense News in 2019, means that at extremely high altitudes, the U.S. Navy’s and Marine Corps’ versions of the F-35 jet can only fly at supersonic speeds for short bursts of time before there is a risk of structural damage and loss of stealth capability.

Secretary of State Mike Pompeo hammered Iran over its recent launch of a military satellite, dismissing claims from Tehran that its space program is intended for peaceful purposes.

For weeks, nurses and other employees at Veterans Affairs hospitals have said they were working with inadequate protective gear. Veterans Affairs Department officials denied it. But in an interview, the physician in charge of the country’s largest health-care system acknowledged the shortage—and said masks and other supplies are being diverted for the national stockpile.

The Army last week started using a prototype of the Integrated Visual Augmentation System to detect fever in soldiers at Fort Benning, Ga., to combat the COVID-19 pandemic. An adapted version of the digital thermal sensor in the augmented reality battlefield heads-up display is being used to "rapidly assess the temperature of hundreds of soldiers each day as they prepare for training on an installation that hosts thousands of soldiers in dozens of courses, including basic training and ranger school," according to an Army press release.

Russian Commandos Jump from 33,000 Feet over the Arctic in Unprecedented Exercise

The exercise highlighted Russia's ability to rapidly deploy special operations forces in the inhospitable Arctic and pretty much anywhere else.