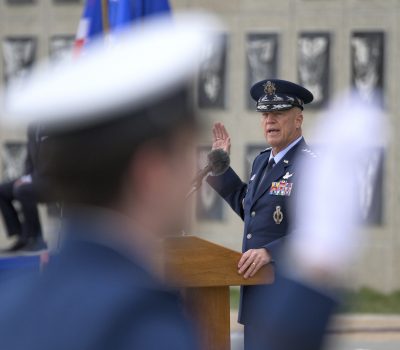 By Rachel S. Cohen
Nearly 90 newly minted second lieutenants are heading to the Space Force as its first company-grade officers, following their April 18 graduation from the U.S. Air Force Academy. Chief of Space Operations Gen. Jay Raymond likened the first young Space Force members to USAFA's inaugural class in 1959 and its first graduating class that included women in 1980. “You are our future, and I need you to be bold,” he said at the ceremony in Colorado Springs, Colo. Even as the academy celebrated its first Space Force-bound graduates, the unusual circumstances of this year’s abbreviated, empty commencement hung over the event that came six weeks early. More than 960 seniors are earning their bachelor’s degrees and commissioning into the Department of the Air Force as second lieutenants. 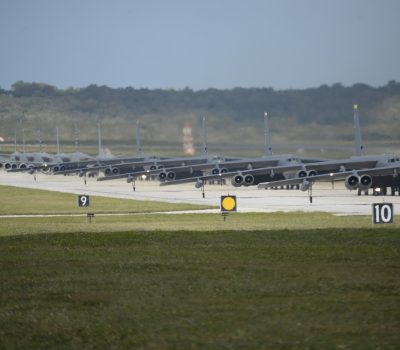 By Brian W. Everstine
The Air Force announced April 17 it will no longer base strategic bombers outside of the continental United States, marking an end to the service's 16-year continuous bomber presence at Andersen Air Force Base, Guam. But before the last bomber left the island, USAF reminded the world of its combat power with an impressive "elephant walk" that included five B-52 strategic bombers, six KC-135 tankers, an MH-60S Knighthawk helicopter, an RQ-4 Global Hawk, and a U.S. Navy MQ-4C Triton. “U.S. strategic bombers will continue to operate in the Indo-Pacific, to include Guam, at the timing and tempo of our choosing,” said Air Force Global Strike Command in a statement. “We will maximize all opportunities to train alongside our allies and partners, to build interoperability, and bolster our collective ability to be operationally unpredictable.” 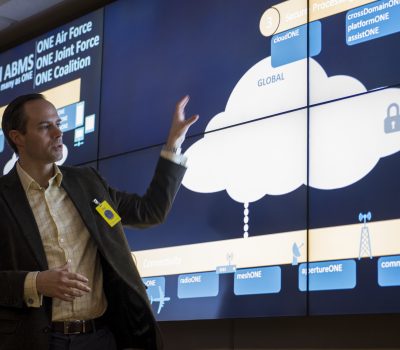 By Rachel S. Cohen
The Air Force launched its Advanced Battle Management System project to connect its vast array of weaponry with a pledge not to build a typical defense program. That’s gotten the service into trouble with the Government Accountability Office, which says ABMS needs to more formally document its costs and capabilities. A GAO report published April 16 issued four recommendations for the Air Force that it believes will clarify and strengthen the ABMS program. The Defense Department agreed with all four. 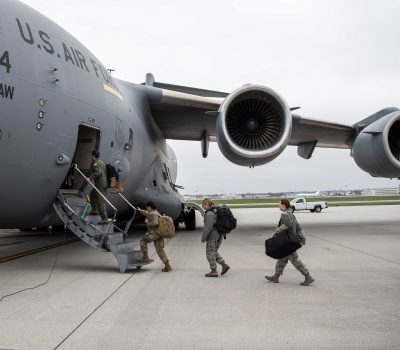 By Brian W. Everstine
Air Force Pararescuemen live by the motto, "These things we do, that others may live." Air Force Chief of Staff Gen. David Goldfein owes his life to that motto, having been rescued by PJs in Serbia after his F-16 was shot down in 1999. Now he's seeing that phrase in a new light. "We’re seeing that same kind of service and commitment from across the medical community," Goldfein said in a recent interview with Air Force Magazine. The Air Force mobilized medical professionals and field hospitals to help in the response to the new coronavirus outbreak, including about 200 USAF medical professionals in New York City, the epicenter of the crisis in the United States. "I couldn’t be prouder of them,” added Goldfein. 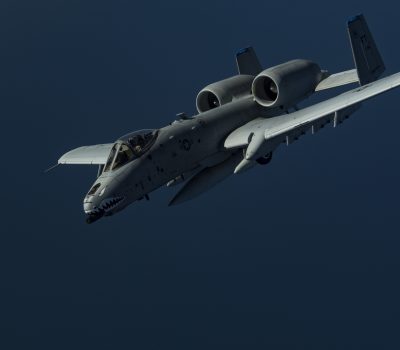 By John A. Tirpak
The Air Force's future close air support portfolio will include seven squadrons of A-10s into the 2040s, along with light attack aircraft in partnership with some countries, but these efforts will be distinct from Special Operations Command's pursuit of an Armed Overwatch aircraft, USAF top planner Lt. Gen. David Nahom said April 16. The A-10 will serve in permissive airspace, but the F-35 will perform CAS in high-threat areas, he said. 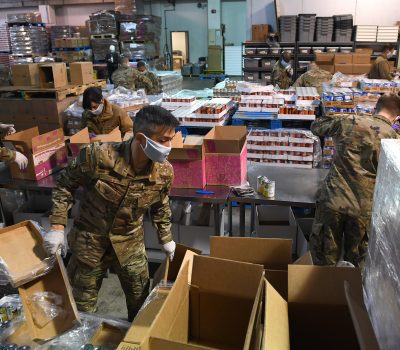 National Guard Looks Out for Members’ Benefits During Pandemic

By Jennifer-Leigh Oprihory
President Donald Trump’s decision to greenlight 31-day orders for Guard personnel combating the COVID-19 pandemic is crucial to getting them benefits on par with their Active-duty counterparts, Maj. Gen. Dawne Deskins, director of manpower and personnel for the National Guard Bureau Joint Staff, said April 16. And while she acknowledged that off-duty Guard personnel whose drilling and pay have been postponed by the pandemic are worried about implications for their Servicemembers’ Group Life Insurance and TRICARE Reserve Select health insurance plans, Deskins said their SGLI will be safe, and that NGB has stepped in to prevent them from losing TRS coverage due to COVID-19-related pay interruptions.

Pentagon Extends Travel Ban for All Troops to June 30

The Pentagon has extended its freeze on domestic and international movement of troops through June 30 due to the coronavirus crisis, a top personnel official announced April 18. The new order takes effect on April 20. The freeze was originally set to expire on May 11.

Amazon's lawsuit against the Pentagon in the Court of Federal Claims is on hold after a judge today granted the Defense Department's request to "remand" the case so it can revise aspects of the Joint Enterprise Defense Infrastructure cloud and address potential errors being challenged by Amazon.

The Defense Department in a statement April 17 called on the Federal Communications Commission to reverse its decision to allow Ligado Networks access to electromagnetic spectrum adjacent to the spectrum used by the Global Positioning System.

The Mitchell Institute for Aerospace Studies

Frank Miller, principal at the Scowcroft Group, appeared in conversation with retired USAF Lt. Gen. David Deptula, dean of the Air Force Association’s Mitchell Institute for Aerospace Studies, during a virtual installment of the think tank's Strategic Deterrence Forum. Their discussion covered topics ranging from how COVID-19 will affect nuclear modernization to the implications of the U.S. withdrawal from the INF Treaty.

AFSOC Uses ‘Dagger’ Teams as Its Pointy Tip of the Spear

In its recently released “Strategic Guidance” document, Air Force Special Operations Command leadership articulates the principle that “AFSOC’s human capital is our competitive advantage.” One set of tactical organizations where that human capital stands in the spotlight are AFSOC’s deployed aircraft ground response element, or DAGRE—small teams within the Air Force’s security forces that receive specialized training to support the command’s assets and personnel in austere locations around the globe.

Orbital Insight has been tentatively awarded a contract with the U.S. Air Force to help detect anomalies around the world using artificial intelligence and geospatial data. The contract, which an Orbital Insight representative said on April 17 is still under final negotiations, is with USAF’s AFVentures Strategic Financing.

About 35,000 military retirees will soon receive cash refunds from Tricare, thanks to a policy change made last year that affects how Tricare calculates annual out-of-pocket maximum payments. The rebates impact retirees with Tricare Prime who paid more than $2,400 out of pocket towards their annual maximum payment in 2018 and 2019. They do not impact Tricare for Life or Tricare Retired Reserve users.

The announcement applies to veterans and their beneficiaries who receive compensation and pension benefits from the Veterans Affairs Department and did not file a tax return in 2018 or 2019. The Internal Revenue Service said that the timing of the automatic payments has yet to be determined.