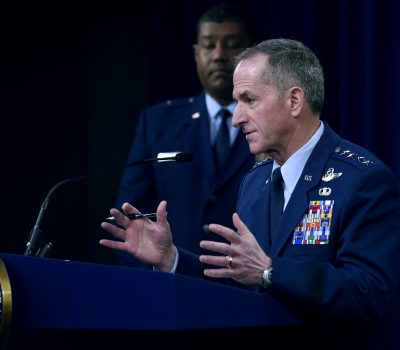 By Rachel S. Cohen
The $2.2 trillion stimulus package under consideration on Capitol Hill to deal with the spreading coronavirus pandemic would allow military leaders, including Air Force Chief of Staff Gen. David Goldfein and Space Force Chief of Space Operations Gen. Jay Raymond, to stay in their posts longer than planned for continuity, according to bill text released March 25 by the Senate Appropriations Committee. President Donald Trump may extend their tenure “until the date of the appointment of the successor to such incumbent,” the legislation states. The Trump administration on March 2 nominated Pacific Air Forces boss Gen. C.Q. Brown to replace Goldfein, who has served as the Air Force’s top uniformed officer since July 2016. His term is set to expire this year. 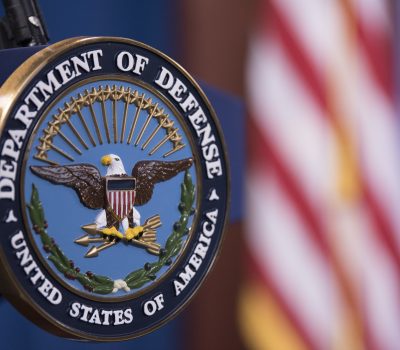 By Brian W. Everstine
The Defense Department on March 25 raised its Health Protection Condition level at every military installation globally to the second highest level as the new coronavirus outbreak spreads and more personnel test positive for the COVID-19 virus. The level—Health Protection Condition Charlie—means the virus has sustained community transition with a substantial morbidity threat. The designation means personnel should expect the cancelation of in-person gatherings, the limited access of supplies and services, and even more remote work. On March 25, the total number of COVID-19 positive cases across Active duty, dependents, civilians, and contractors jumped by 94 from the previous day to a total of 435, including both current and recovered. 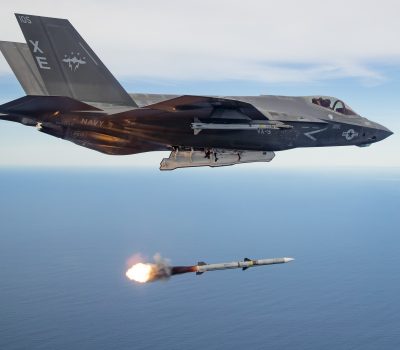 By John A. Tirpak
Flight testing of the F-35 and other aircraft has been paused at Edwards Air Force Base, Calif., due to the COVID-19 pandemic. However, Pentagon acquisition and sustainment chief Ellen Lord declined to say whether this will delay the F-35's full-rate production decision, which is expected a year from now. 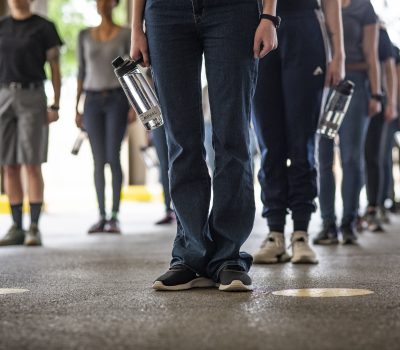 By Brian W. Everstine
A trainee at the Air Force’s Basic Military Training has tested positive for the new coronavirus, prompting the trainee and 40 others to be placed in isolation. It is the first COVID-19 case in basic training at Joint Base San Antonio-Lackland, Texas. The trainee first reported on March 18, and was isolated once they started showing symptoms. “While a positive COVID-19 discovery is not desirable, the good news is we planned for this and our preparations worked. The trainees were restricted during the incubation period and this allowed for limited exposure,” Lt. Gen. Brad Webb, commander of Air Education and Training Command, said in a release. 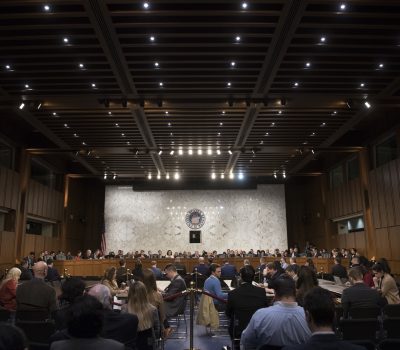 By Rachel S. Cohen
Starting this week, the Senate Armed Services Committee will hold hearings using only written questions and answers, while the new coronavirus keeps the panel from convening as usual. In a delayed process dubbed “paper hearings,” SASC will post the opening statements from Chairman Sen. Jim Inhofe (R-Okla.) and Ranking Member Sen. Jack Reed (D-R.I.) as well as all witness testimony. Committee members will submit their questions ahead of time, and the Pentagon will receive them at the time a hearing is scheduled. SASC will hold its first paper hearing March 26 to discuss the Army’s fiscal 2021 outlook. 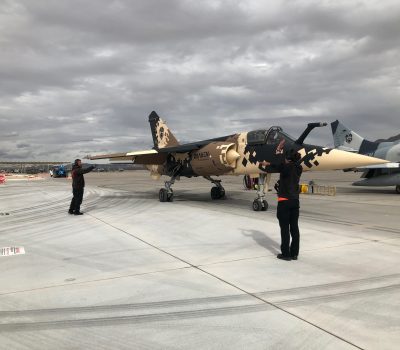 By Amy Hudson
Air Combat Command plans to award multiple adversary air support contracts for six bases as early as April, but the contracts are just a fraction of what was originally anticipated. “The math for the original plan was based on what we can do to maximize using contract resources to improve the readiness of the force,” ACC boss Gen. Mike Holmes told reporters at AFA’s Air Warfare Symposium in Orlando, Fla., last month. “Every plan comes up against budgets. What we have now is a matter of what’s affordable.” 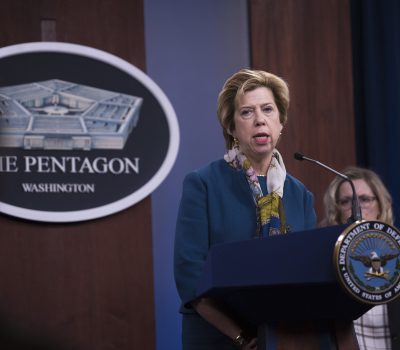 By John A. Tirpak
Most industrial defense work is proceeding without interruption during the coronavirus pandemic, Pentagon acquisition and sustainment chief Ellen Lord said March 25., but lingering uncertainties prompted her to issue memos about how "critical" it is that those efforts continue. She also voiced concern that the situation presents an "attack surface" for hostile powers seeking to buy access to innovative companies.

Defense Industry to DOD: If We Send Workers Home, Will You Penalize Us?

Executives want clarity on Defense Department guidance that suggests they must choose between sending employees to factories or defaulting on contracts.

The government's top counterintelligence official is telling security officers across the Executive Branch to relax rules for vetting workers with Top Secret clearances, citing financial hardships that may hit as a result of the coronavirus. William Evanina, director of the National Counterintelligence and Security Center, said March 23 that workers with financial problems needed to be reconsidered in a new context, not as security risks or disqualified to hold a clearance.

The Veterans Affairs Department plans to pause its community care program for 90 days in order to free space across private health care systems for coronavirus patients and prevent veterans’ exposure.

In a March 24 legal filing, Amazon Web Services accused the Defense Department of attempting to “gerrymander” revisions to the Joint Enterprise Defense Infrastructure cloud contract it proposed to make earlier this month.

Next month, the Air Force is expected to get a new training system for its airborne ICBM command post after the older system was damaged in devastating floods in 2019. Offutt Air Force Base, located near Omaha, Neb., is set to receive a shipment for a virtual Airborne Launch Control System trainer in April, said Lt. Col. Matthew Hlivko, commander of the 625th Strategic Operations Squadron.

The Air Force and U.S. defense establishment are breaking down barriers and injecting speed, innovation, and creativity into the procurement system. Check out our new page to learn more about these efforts.

A congressionally appointed commission will recommend that women be required to register for the draft, the top Republican on the House Armed Services Committee and a committee aide confirmed March 24. “The commissioners have made significant recommendations about the future of national service. In the context of future great power competition or modern pandemic response, all of their proposals deserve attention and consideration,” Rep. Mac Thornberry (R-Texas) said in a statement after being briefed by several members of the National Commission on Military, National, and Public Service.

Mountain Home Air Force Base, Idaho, is evolving its equipment for the women who serve in security forces on the base.

Along with outstanding aerial footage, a new promotional video released by Russia’s defense ministry seems to show the use of an air-to-air missile fitted inside the wing root bays.