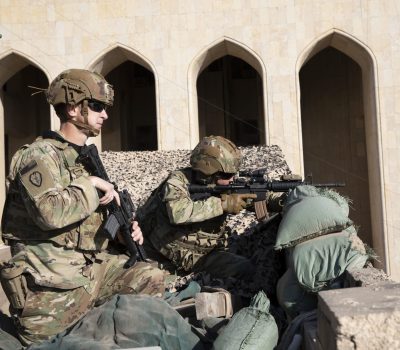 By Brian W. Everstine
The Iraqi Parliament voted to kick US forces out of the country and the American-led coalition has suspended all operations targeting the Islamic State group, in continued fallout from the recent killing of Iran's top general in Baghdad. The Jan. 5 resolution is a public rebuke of the US, but it is not legally binding. The government must still officially rescind the invitation to US forces to conduct anti-ISIS operations in the country. Iraqi Prime Minister Adel Abdul Mahdi, who spoke publicly in support of the resolution, resigned in November and is serving in a “caretaker” role, but he is not authorized to enact new laws. 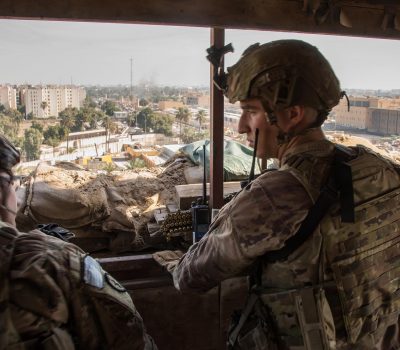 By Rachel S. Cohen
News that the US killed Iranian Quds Force commander Gen. Qassem Soleimani in a targeted strike early Jan. 3 reverberated across Capitol Hill, as lawmakers acknowledged the threat one of Iran’s top military officials posed to American assets but were publicly cautious about the possible ripple effects of his death. 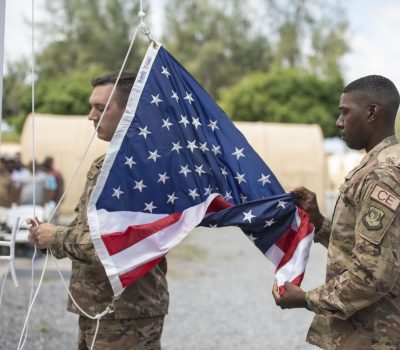 By Brian W. Everstine
Three Americans—one service member and two contractor—were killed and two more US troops were injured in an al-Shabab attack on an airstrip in Kenya on Jan. 5. Al-Shabab briefly breached the walls of the Camp Simba airstrip in Manda Bay using indirect and small arms fire in an early morning attack, US Africa Command said in a statement. Six contractor-operated aircraft were damaged “to some degree,” according to AFRICOM. 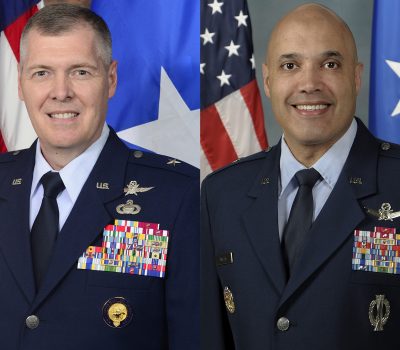 By Jennifer-Leigh Oprihory
Brig. Gen. Douglas Coppinger, US Cyber Command's director of intelligence, has been chosen to serve as deputy chief of the National Security Agency's Central Security Service, the Air Force announced Jan. 2. Brig. Gen. David Miller Jr., who currently leads plans, programs, and financial management at Headquarters Air Force Space Command, Peterson AFB, Colo., has been selected to serve as Air Force Secretary Barbara Barrett’s senior military assistant in the Office of the Secretary of the Air Force, according to the same press release.

The blowback over the US killing of a top Iranian general mounted Jan. 5 as Iran announced it will no longer abide by the limits contained in the 2015 nuclear deal and Iraq’s Parliament called for the expulsion of all American troops from Iraqi soil.

Iraqi Militant Killed by US Worked with Iran for Decades

Abu Mahdi al-Muhandis, a veteran Iraqi militant who was closely allied with Iran and rose to be a senior militia commander during the war against the Islamic State group, was killed Jan. 3 in a US strike that also felled Iran’s top general. Al-Muhandis was the deputy commander of the Popular Mobilization Forces, an umbrella group of mostly Shiite paramilitaries.

What Happens if the Air Force’s Command Center for All Its Tankers and Cargo Planes Gets Hacked?

This scenario is a drill, a 24-hour exercise meant to test the ability of the 618th’s Air Operations Center to respond to degraded communications that could arise from situations ranging from a power outage to a coordinated cyber attack by an adversary nation.

The Air Force is looking to sell Saudi Arabia communications and intelligence systems on an expedited delivery schedule to bolster the country's integrated air and missile defense, according to a recent notice.

The United Kingdom is pursuing ambitious plans for new satellite launch capabilities while increasing collaboration with its US ally in space. The desire for closer ties was made clear on a chilly day in November when the Royal Navy hosted its second annual Atlantic Future Forum onboard the HMS Queen Elizabeth, which was anchored off the US Naval Academy in Annapolis, Md.

In preparation for its 75th anniversary, Sept. 18, 2022, the Air Force is soliciting birthday theme ideas from Total Force airmen and civilians. Concepts for the 75th birthday theme should consider inclusiveness of multi-domain operations, capture airmen’s innovation, and reflect the Air Force’s heritage over the last 75 years. The winner will receive an all-expense paid trip to AFA’s Air, Space & Cyber Conference in September 2020, to attend the 75th Air Force birthday celebration and meet the CSAF and CMSAF.