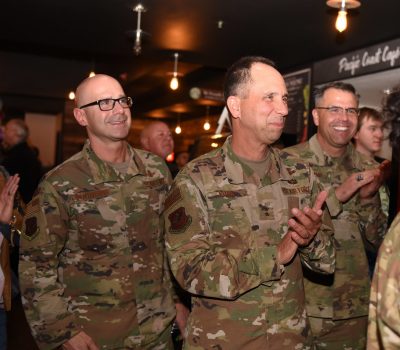 By Amy Hudson
Air Force Secretary Barbara Barrett redesignated 14th Air Force as Space Operations Command following the Dec. 20 establishment of US Space Force as the sixth military service. Airmen that were assigned to the numbered Air Force, which was previously responsible for the organization, training, equipping, command and control, and employment of USAF space forces, are now assigned to SPOC. The new command, whose redesignation also went into effect on Dec. 20, “directly supports the US Space Force’s mission to protect the interests of the United States in space; deter aggression in, from, and to space; and conduct space operations,” according to a Dec. 30 USAF release. 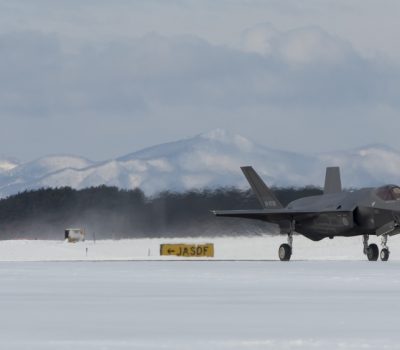 By Jennifer Hlad
Maintainers from Hill AFB, Utah, recently traveled to Japan for an F-35 maintenance symposium designed to increase interoperability at every level. Eight airmen from the 388th Maintenance Group worked with a Japan Air Self-Defense Force F-35 maintenance squadron, first discussing lessons learned and then working hands-on in the Japanese facilities on specific maintenance tasks. The JASDF requested the subject matter expert exchange, and since the F-35 program is still in its early stages, it seemed like the “perfect opportunity to come in on the ground level and grow our interoperability together,” explained CMSgt. Brian Kruzelnick, command chief master sergeant for Fifth Air Force. However, Fifth Air Force doesn’t have any Joint Strike Fighters. So they reached out to the 388th Fighter Wing—the only USAF combat unit with F-35s. 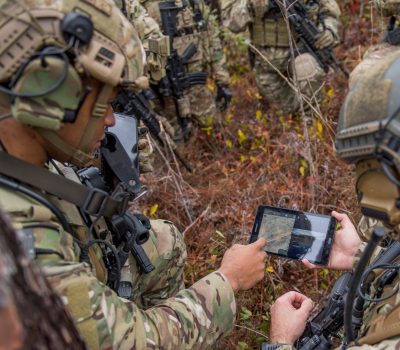 By Brian W. Everstine
The Air Force has kicked off its exercise and development of joint, all domain command and control and is expecting the initiative to start in earnest with $185 million in funding. The service recently trained for the first time with its new Advanced Battle Management System at Eglin AFB, Fla. 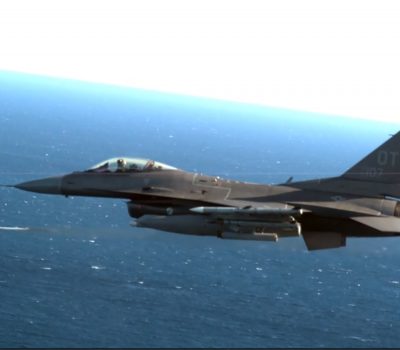 By Brian W. Everstine
An Air Force F-16 recently shot down a targeting drone with an AGR-20A Advanced Precision Kill Weapon System rocket queued by the Viper’s targeting pod for the first time in a demonstration of future cruise missile defense. 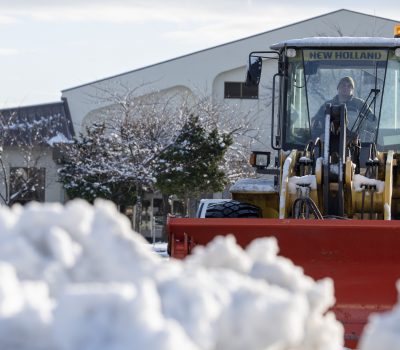 By Jennifer Hlad
With an average snowfall of 150 inches per year over the last seven years, civil engineers at Misawa AB, Japan, stay busy with 24-hour operations during the snow season, priding themselves on keeping the airfield open regardless of weather conditions. “We have the largest snow fleet in the entire Air Force here,” said Col. Kristopher Struve, commander of the 35th Fighter Wing. “We can get a foot of snow and we’ll be up and flying by 8 or 9 in the morning. It’s pretty amazing.” 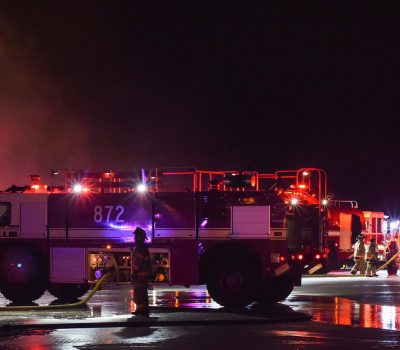 By Amy Hudson
The Air Force is investigating to see what caused a fire to break out in an unoccupied hangar typically used for overflow snow removal equipment and transient alert equipment at Minot AFB, N.D., days after Christmas. The fire, which started around 5:15 p.m. local time on Dec. 28, burned for nearly 24 hours before it was successfully extinguished at 2:57 p.m. on Dec. 29.

The Air Force in 2020 will see the departure of its top uniformed leaders—Chief of Staff Gen. Dave Goldfein and Chief Master Sergeant of the Air Force Kaleth Wright.

The aircraft's decades-long mission is to gather intelligence, and its capabilities take pilots to the brink of space. But it would be impossible without pressurized space suits. As the custom-made, smart-tech flight suits continue to improve, there’s no shortage of cutting-edge ideas to keep U-2 pilots soaring, and engineers are using emerging technologies to add mobility and develop even sleeker pressurized suits for the next batch of NASA astronauts who are getting ready to head out into the final frontier.

The Air Force is studying sleep habits among airmen to find ways to improve performance and ensure their readiness to support the mission. Researchers with the Air Force Research Laboratory 711th Human Performance Wing, Wright-Patterson AFB, Ohio, are looking for ways to better equip airmen and their leadership with crucial data to ensure that airmen are getting the necessary rest to maximize mission execution.

Longtime Air Force football assistant coach Tom Miller died Dec. 22 in Arizona, an academy spokesman said. Miller coached for 23 years for the Falcons under head coach Fisher DeBerry. He led the defensive line from 1984-89, outside linebackers from 1990-2004, and was the special teams coordinator from 2000-05. He coached kickers in 2005.

Boeing will deliver the 11th satellite of the Wideband Global Satellite Communication (WGS) constellation to the US Air Force by 2024, the company said Dec. 26. The announcement comes eight months after Boeing received a $605 million contract for the production of the WGS-11 satellite that Congress funded in 2018.

An Air Force surgeon recounted the harrowing night he saved the life of a CIA officer who had been injured in an explosion at a small base in Afghanistan a decade ago.

Beginning Jan. 2, airmen at Offutt Air Force Base, Neb., will no longer be able to carry their personal firearms on base, even if they lock them up in their cars first.

Air Force Academy Planetarium, Closed for 15 years, Back to Life with Free Film

The renovated Air Force Academy Planetarium, which is in one of the academy’s oldest buildings and had been closed for 15 years, has something modern to offer new audiences and students. And it’s all about “Superpower Dogs.” These superhero canines, who save lives, rescue avalanche victims and save endangered species, are on the screen with the planetariums’ new state-of-the-art projection and immersive surround sound.