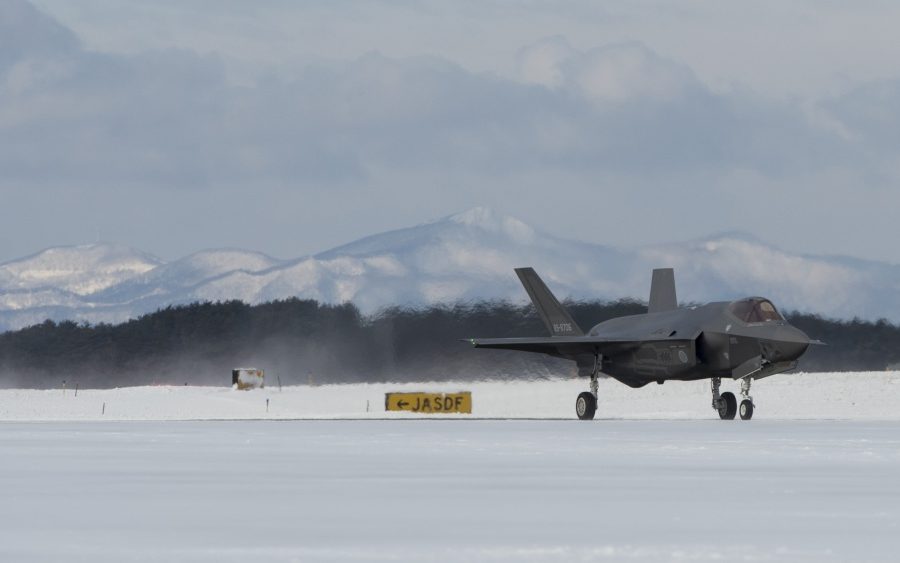 MISAWA AB, Japan—Maintainers from Hill AFB, Utah, recently traveled to Japan for an F-35 maintenance symposium designed to increase interoperability at every level.

The JASDF requested the subject matter expert exchange, and since the F-35 program is still in its early stages, it seemed like the “perfect opportunity to come in on the ground level and grow our interoperability together,” explained CMSgt. Brian Kruzelnick, command chief master sergeant for Fifth Air Force.

However, Fifth Air Force doesn’t have any Joint Strike Fighters. So they reached out to the 388th Fighter Wing—the only USAF combat unit with F-35s.

Col. Michael Miles, commander of the 388th Maintenance Group, said the JSF “really enables a different level of cooperation than any other platform” in the USAF arsenal.

“By cooperating and sharing lessons learned, we actually can raise everybody’s performance within the program,” he said. “The idea would be to continue this engagement as we both learn more about the F-35 and the way they capitalize on its capabilities.”

It supports the goal of building what Kruzelnick called a “fifth-generation fighter ecosystem” in the Pacific, “where potentially at some point, any aircraft can land in the Pacific—regardless of tail flash—and any maintainer—regardless of nationality—can come out and generate that aircraft.”

Lt. Gen. Kevin Schneider, commander of US Forces Japan and Fifth Air Force, agreed, saying the symposium was about more than just sharing “ideas and tactics, techniques, and procedures.”

The event “supports our strategic objectives to seamlessly integrate during conflict and rapidly reconstitute aircraft, providing overwhelming airpower against any adversary,” he explained. “I envision Koku Jieitai airmen one day generating US Air Force F-35 sorties and vice versa. A projection of our integrated capabilities can deter threats; but, if deterrence fails, we must be ready to win in conflict.”

Japan plans to buy 147 Joint Strike Fighters, which will give it the most F-35s of any country other than the US. The first operational JASDF F-35A arrived here at Misawa in January 2018, and the base—within an hour’s flying time of China, Russia, and North Korea—is the home of the country’s first fifth-gen fighter squadron.

In this region, Miles said, “with its time-space problems, fighting wars, you’ve got to have, in my mind, the capability to have airplanes dispersed throughout the theater and be supported by our allies. And that’s what we’re getting at, with common tech data for launch and recovery, and then eventually grow to where we can repair each other’s airplanes, load each other’s airplanes with ammunition and weapons. We’re really on the first stage of that.”

The symposium is not the first time Hill AFB maintainers have worked with Japanese F-35 airmen. Miles said they have hosted JASDF delegations at Hill, and last December sent a mobile training team to Misawa for weapons loading and aircraft gun training. This time, Miles said, the group from the 388th included weapons, low observable, a crew chief, a maintenance officer, and analysis airmen, “so we really broadened the scope of the maintenance topics that we’re talking about.”