The Daily Report will take a break on Thursday, Nov. 28 and Friday, Nov. 29 in observance of Thanksgiving; we will return to your inbox on Monday, Dec. 2. 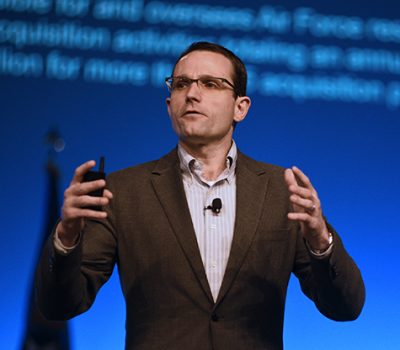 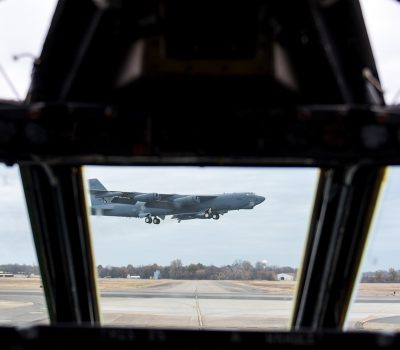 By Brian W. Everstine
Air Force B-52s from three bases completed two complex, long-range training missions in less than a week, showcasing the bomber’s range and ability to integrate with each other and forces on the ground. On Nov. 21, B-52s from Minot AFB,... 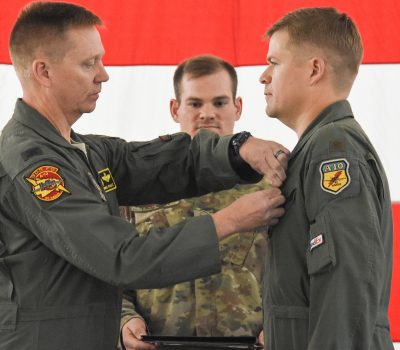 By Brian W. Everstine
Two A-10 pilots with the 303rd Fighter Squadron earlier this month received Distinguished Flying Crosses for their actions in 2008 and 2010 battles in Afghanistan, in which the pilots were credited with saving US forces and eliminating dozens of Taliban fighters. The pilots, Maj. John “Sapper” Tice and Lt. Col. Anthony “Crack” Roe, received the awards after a long nomination process that required additional information being submitted for consideration. “This is an incredibly unique and rare event,” said Lt. Col. Rick Mitchell, commander of the 303rd FS at Whiteman AFB, Mo., according to a release. “Very rarely is the Distinguished Flying Cross awarded. Even more rarely is the Distinguished Flying Cross awarded twice in the same day to two members of the exact same fighter squadron.” 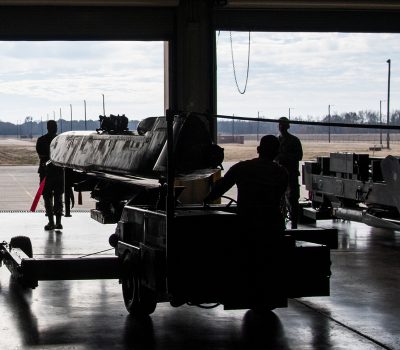 By Brian W. Everstine
The Air Force on Nov. 20 officially retired the Conventional Air-Launched Cruise Missile, a mainstay of long-range conventional strike since it entered service. Airmen at Barksdale AFB, La., downloaded and disassembled the last AGM-86D CALCM package from a B-52 during a small ceremony that included retired airmen who worked with the missile, according to Air Force Global Strike Command. The command is retiring the missile as more advanced, long-range, stand-off weapons enter service, such as the AGM-158B Joint Air-to-Surface Standoff Missile-Extended Range. The Air Force is also developing the Long-Range Standoff weapon to replace the nuclear AGM-86B, which was the basis for the CALCM, with a possible conventional version to follow. 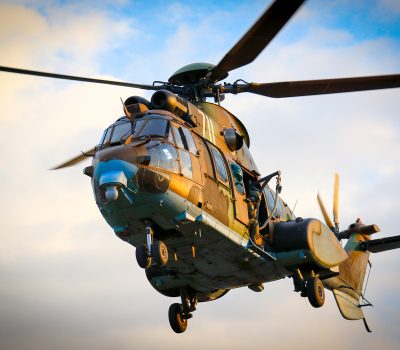 By Brian W. Everstine
Thirteen French soldiers were killed late Nov. 25 when two helicopters collided during counter terrorism operations in Mali, the country’s leadership announced. The helicopters, a Eurocopter AS532 Cougar and a Eurocopter Tigre attack chopper, collided while flying low to the ground in total darkness as French commandos pursued a group of extremists, according to the French defense ministry.

Col. Corey Simmons, commander of the 71st Flying Training Wing at Vance AFB, Okla., halted flight operations through the weekend, as the Air Force commenced its investigation of the Nov. 21 accident, which involved two T-38 Talons in the landing phase of a formation training flight. Vance public affairs announced Nov. 25 limited flight operations would resume for aircraft returning from other fields, with normal training expected to resume Nov. 26, weather permitting.

Libyan Officials Say US Drone Shot Down by Mistake

Associated Press via US News and World Report

Libyan forces trying to seize Tripoli shot down a US military drone over the capital by mistake last week, officials said Nov. 25.

Following a brief hiatus, the US-led coalition to defeat the Islamic State group said it started once again launching large-scale operations to combat IS militants in Syria amid increased danger from Daesh attacks.

On Nov. 19, US Space Command accepted Wideband Global SATCOM (WGS)-10 into the operational constellation and will be transitioning users to utilize the bandwidth provided by this new satellite. Boeing completed verification of the satellite’s performance and handed control authority to the Air Force on July 10.

A US Naval Academy graduate who deployed to Iraq during the initial 2003 invasion is the President's next pick to lead the Navy and Marine Corps, following another unexpected leadership shakeup. President Donald Trump tweeted just hours after Richard Spencer was fired as Navy Secretary that he planned to nominate retired Rear Adm. Kenneth Braithwaite to the position. The retired flag officer currently serves as the US ambassador to Norway.

Air Force Chief of Staff Gen. David Goldfein discusses the benefits of collaboration and collective defense, Iran, multi-domain operations, and staying ahead of adversary threats during an interview at the 2019 Dubai International Air Chiefs conference.

The Senate has confirmed Maj. Gen. Daniel Karbler to be the new commanding general of Army Space and Missile Defense Command and to receive his third star, the service announced Nov. 25.

Check out Roadside Attractions’ new trailer for “The Last Full Measure,” a film based on the true story behind the quest to get Vietnam War hero A1C William Pitsenbarger recognized with a posthumous Medal of Honor. The film is now slated for a January 2020 release.