Skip to content
The AS532 Cougar carries a crew of 2 and up to 29 troops or 6 injured passengers on stretchers plus 10 other wounded. This helicopter can be armed with a variety of weapons, including pod-mounted 20 mm cannons, 68 mm rocket launchers, and side-mounted rapid fire machine guns. Photo: Biser Todorov.
Expand Photo 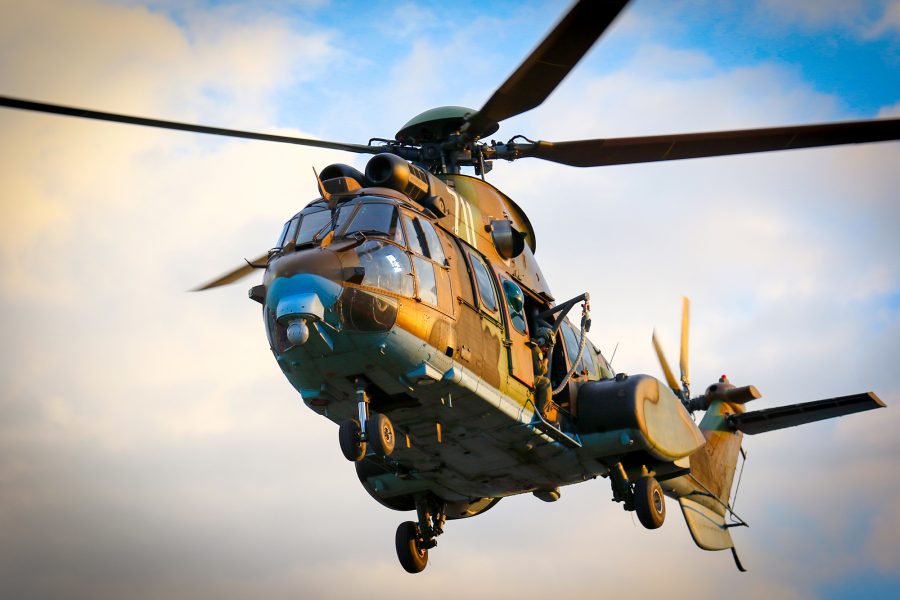 The helicopters, a Eurocopter AS532 Cougar and a Eurocopter Tigre attack chopper, collided while flying low to the ground in total darkness as French commandos pursued a group of extremists, according to the French defense ministry.

French President Emmanuel Macron said the soldiers “had only one goal: to protect us,” according to a translation of a statement on Twitter. French forces have retrieved the data recorders from the helicopters and an investigation began, French defense minister Florence Parly said, according to The Associated Press.

Since August 2014, French forces have been conducting Operation Barkhane—a large anti-insurgent fight in the Sahel region and largely focused on Mali targeting Islamist terror groups in the region. The ongoing presence followed Operation Serval, which began in 2013, to stop an Islamist effort to gain control of Mali. The Air Force since 2013 has conducted Operation Juniper Micron, a deployment of USAF tankers to refuel French aircraft in the region.