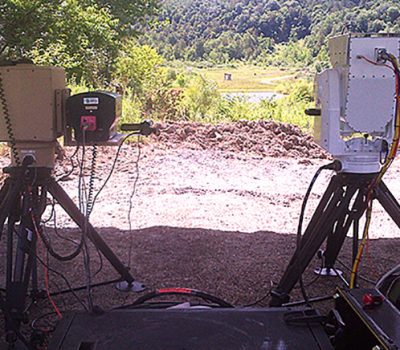 By Rachel S. Cohen
A recent set of experiments with laser and microwave weapons in Oklahoma is shaping how the Air Force moves forward with its plan to protect bases from drones using directed energy. Five systems participated in the Air Force portion of the Maneuver and Fires Integrated Experiment, an Army-run demonstration at Fort Sill, Okla., that ran from Oct. 15 to Nov. 6, according to Michael Jirjis, who oversees directed energy efforts at AFRL’s strategic development planning and experimentation office. Though the Air Force has vetted DE systems before, it participated in MFIX to explore command and control ideas for weapons that track and take down small drones. Live testing helps inform which systems the service should ultimately buy and what needs more work. 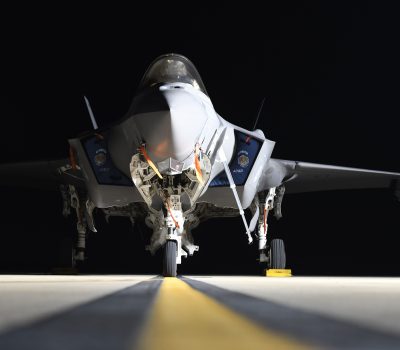 By John A. Tirpak
The mission capable rates achieved by F-35s across all users have increased sharply, thanks mainly to more parts in the pipeline, more rapid repair of parts at depots, and reliability and maintainability investments by the Defense Department and its industry partners on the program, Pentagon acquisition and sustainment chief Ellen Lord told a House Armed Services panel on Nov. 13. The Pentagon is also accelerating the stand-up of parts repair depots. 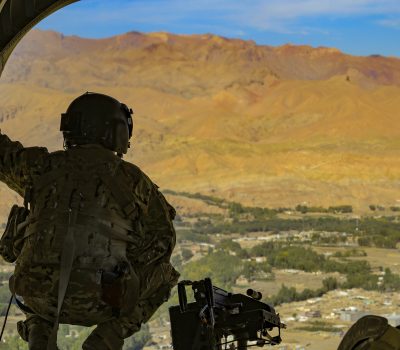 By Jennifer-Leigh Oprihory
Between “late 2001” and the end of fiscal 2020, the US will have allocated and become obligated to spend approximately $6.4 trillion “in budgetary costs related to and caused by the post-9/11 wars,” according to a Nov. 13 estimate from the Costs of War Project, a joint venture of the Watson Institute for International and Public Affairs at Brown University and the Frederick S. Pardee Center for the Study of the Longer-Range Future at Boston University. This $6.4 trillion price tag is not Defense-Department specific, according to report author and project co-director Neta Crawford. Rather, she writes, the project’s deep-dives into war-related costs intentionally look beyond mere military spending to enable “a standardized, and perhaps more important, transparent and comprehensible accounting for the costs of post-9/11 wars (the Global War on Terror), using categories that include US budgetary data across relevant agencies, and estimates of future veterans’ care and the interest on borrowing to pay for the wars.” While appropriations account for about $5.4 trillion of that approximately $6.4 trillion total, Crawford writes, at least $1 trillion more must be used to cover the costs of caring for the American veterans involved in these conflicts in future decades. 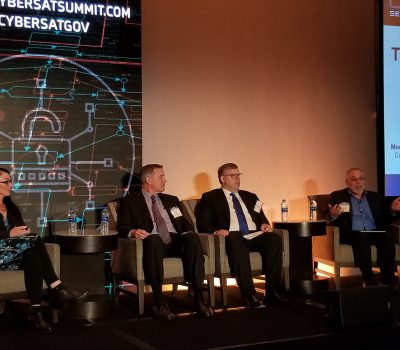 By Shaun Waterman
Starting some time next year, satellite communications providers that want to sell to the US military will need to get pre-certified to prove they are meeting the same cybersecurity standards as federal agencies. The Information Asset Pre-assessment program will require companies to implement information security controls on their IT systems based on a catalogue produced by the National Institute for Standards and Technology, or NIST, known as Special Publication 800-53. It’s the latest in a series of efforts defense acquisition officials are making to ensure their suppliers don’t get hacked.

About 600 US Troops to Remain in Syria, Esper Says

But for what mission? Pentagon chief says Trump’s focus on "keeping" oil is part of fighting ISIS.

OPINION: My Brother Earned the Medal of Honor for Saving Countless Lives—but Only After He Was Left for Dead

“We were initially told that, when his helo landed, he stepped over his ‘leader,’ took out two enemy fighters in a bunker, and was summarily killed immediately after,” writes Lori Chapman Longfritz, sister of the late MSgt. John Chapman, who was posthumously awarded the Medal of Honor in August 2018. “But we knew there was more to it. Much more.”

HASC Chairman: Legislation to Create a Space Force in 2020 “Still Possible But By No Means Guaranteed”

House Armed Services Committee Chairman Adam Smith (D-Wash.) said Nov. 13 that negotiations on the 2020 National Defense Authorization Act are “proceeding reasonably well” but he expressed doubt that the NDAA will include language to authorize a Space Force as a separate military branch.

The United States may adjust military exercises in South Korea for the sake of diplomacy with the North, the defense secretary said, as the communist state warned that it’s running out of patience for the US to soften its denuclearization demands.

US Cyber Command is gaining important insights into malware and adversarial actors by working with partner nations to help secure their systems, according to a top official.

VA, DOD Must Do More to Educate Troops and Veterans about Social Media Scammers, Lawmakers Say

Social media platforms are developing new tools to improve transparency and eliminate fraudulent accounts, but they must do more to protect users, including service members and veterans, from scams, fake news, and foreign interference, advocates and lawmakers said Nov. 13.

SLATS: Innovation at Its Finest

Airmen from the 352nd Special Operations Wing practice using the new Snowmobile Loading And Transportation System, or SLATS, in Norway. This system is made for the CV-22 Osprey to quickly and efficiently load snowmobiles onto the aircraft in high-paced operations.

The Arizona Department of Revenue's Unclaimed Property program has identified more than 8,800 military personnel who were once based in Arizona and are owed money. They had last known Arizona addresses from Luke Air Force Base, Tucson's Davis-Monthan Air Force Base, Fort Huachuca Army Base, Yuma Proving Ground Army Base, Camp Navajo Army Base, and Marine Corps Air Station Yuma. Some of the addresses date back 30 years, and the total owed is $2.3 million.