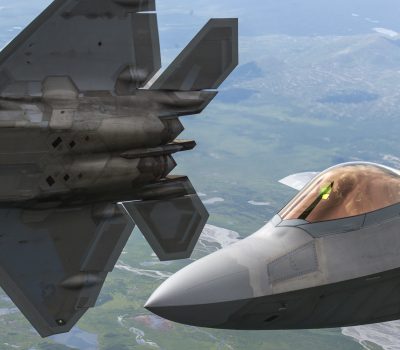 By Rachel S. Cohen
Fiscal 2019 proved to be safer for the Air Force than the year before, with nine fewer of the most destructive mishaps compared to fiscal 2018, according to Air Force Safety Center data. The service logged 14 Class A mishaps between Oct. 1, 2018 and Sept. 30, 2019, compared to 23 Class A incidents during the same time the year before. Of those 14 Class A events, the majority involved fighter jets: six F-22s, two F-15s, and two F-16s. AFSC noted one fatality in fiscal 2019. 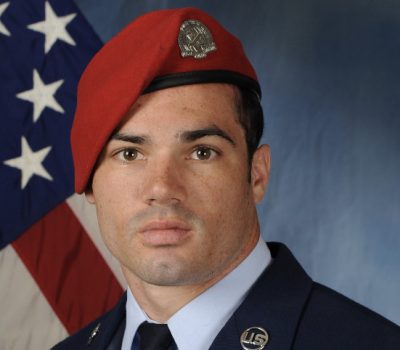 By Rachel S. Cohen
Air Force Special Operations Command has changed its search for a missing special tactics airman into a mission to recover his body. SSgt. Cole Condiff, 29, was a special tactics combat controller with AFSOC's 24th Special Operations Wing. He served in the 23rd Special Tactics Squadron. Military personnel have been searching for Condiff since he fell from a C-130 over the Gulf of Mexico during a static line jump in training Nov. 5. The Air Force and Navy are still conducting recovery efforts and USAF is investigating the incident. The Coast Guard suspended its search effort Nov. 8. 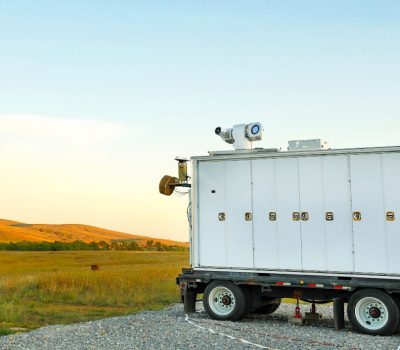 By Rachel S. Cohen
Lockheed Martin for the first time demonstrated a high-energy laser weapon’s ability to take out multiple small drones for the Air Force at the Army-hosted Maneuver and Fires Integrated Experiment last month. The Advanced Test High Energy Asset, or ATHENA system, shot down multiple fixed-wing and rotary drones during the test, according to a Nov. 7 company release. Lockheed spokesman Mark Lewis said the exact number cannot be made public. “The Air Force has strong interest in systems with ATHENA’s demonstrated success,” he said. 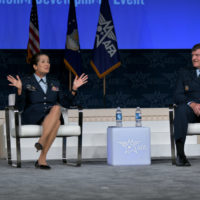 SpaceX CEO Elon Musk spoke at a recent Air Force Pitch Day, a new type of event in which small-budget investments are made in various startups in the hopes of speeding up military access to new technologies. Musk spent a half hour on stage with Lt. Gen. John Thompson, commander of the Space and Missile Systems Center, in a discussion that was mostly geared for Musk to give advice to the roughly 60 companies in attendance.

It's been just over four months since the Air Force's AC-130J Ghostrider kicked off combat missions in the skies above Afghanistan, and the aircraft that the service once described as "the ultimate battle plane" and "a bomb truck with guns on it" is already bringing the pain on a daily basis.

A New York tech company made millions by selling Chinese-made equipment to the US military that it falsely claimed were built in the US, the Justice Department charged Nov. 7.

To avert a shutdown, President Donald Trump's director of legislative affairs signaled that the White House is inclined to support another stopgap spending bill, called a continuing resolution, or CR. But the Pentagon is sounding the alarm for how dangerous that temporary spending bill would be for military readiness.

In a Nov. 7 keynote speech to a large crowd of space industry executives at the CyberSat 2019 conference, Defense Intelligence Agency Director Army Lt. Gen. Robert Ashley ran through a list of capabilities—including surface-to-air missiles, lasers, electronic jammers, co-orbital maneuvering satellites, and malware—that Russia and China have developed and continue to advance in order to target US satellites and ground control systems in a future conflict. China and Russia are also working on more complex “counter-space” capabilities designed to deny the US military access to its satellites, said Ashley.

Although hypersonic missiles are a top modernization priority for the Pentagon, there are no efforts underway to arm such weapons with nuclear warheads, according to an Energy Department leader.

The Pentagon’s IT shop released a list of next year’s contracting opportunities, including 12 worth more than $100 million.

The aircraft is currently being prepared for display at the Ronald Reagan Library in Simi Valley, Calif., and Lockheed Martin has just shared an interesting clip showing the preparation of the stealth jet for the exhibition.