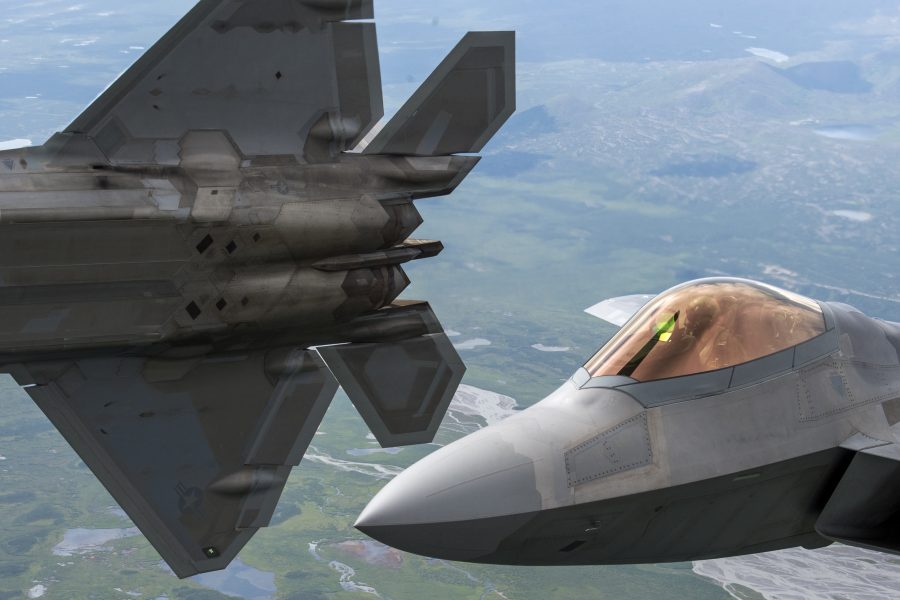 Fiscal 2019 proved to be safer for the Air Force than the year before, with nine fewer of the most destructive mishaps compared to fiscal 2018, according to Air Force Safety Center data.

Class A mishaps occur when aircraft are destroyed or suffer more than $2 million in damage, or when the pilot or crew is killed or permanently, fully disabled. Incidents in which remotely piloted aircraft are destroyed don’t count toward that tally unless one of the other two criteria are met, according to AFSC.

Of those 14 Class A events, the majority involved fighter jets: six F-22s, two F-15s, and two F-16s. Ten fighter platforms were involved in Class A mishaps in fiscal 2018.

AFSC noted one fatality, far below the 19 fatalities in the previous year, during which nine members of the Puerto Rico Air National Guardsmen were killed in a May 2018 WC-130H crash.

The Air Force also saw 27 Class B accidents in fiscal 2019, down from 34 in the previous year. Class B mishaps are defined by aircraft damage costing between $500,000 to $2 million, personnel becoming permanently, partially disabled, or three or more people being hospitalized.

The improvements are at least partially attributable to new technologies and procedures in place. Air Force Magazine reported Nov. 7 that for the F-16, a new Automatic Ground Collision Avoidance System has saved eight aircraft and nine lives so far.

The National Commission on Military Aviation Safety, a group created by Congress in the Fiscal 2019 National Defense Authorization Act to investigate trends across aircraft mishaps that occurred between 2013 and 2018, recently briefed reporters on its progress.

While it’s too early to draw any conclusions from what the commissioners have learned so far, Bryan Whitman, a spokesman for the group, told Air Force Magazine that its members had visited 16 Air Force installations plus the US Air Force Academy as of Oct. 31. Another 13 USAF sites are still on its list.

“The commission is still in the data collection phase, meeting with a wide range of personnel in the aviation community to hear firsthand the challenges they deal with every day,” Whitman said in a Nov. 6 email. “Simultaneously, the staff is compiling all of the safety mishaps [Class A-C] data from the services. Then we will take the reflections from the site visits and match it up with the mishap data to start identifying trends.”

Commissioners are focusing on issues ranging from policy, to budget, to the pace of operations to training, sustainment, and more.

“Once of the specific tasks the commission is appointed with is to make an assessment of the underlying causes contributing to the unexplained physiological events some military pilots have experienced in the past few years,” the Air Force said in an Oct. 8 release.

NCMAS plans to release its findings in 2020, after which the Defense Department must tell Congress how it plans to implement the recommendations.

“The commissioners are confident that their recommendations will be well-informed, constructive, and actionable,” Whitman said.