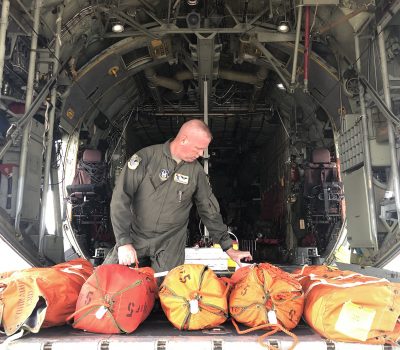 By Brian W. Everstine
More USAF units have joined the search for the special tactics airman who fell out of a C-130 into the waters off the coast of Florida on Nov. 5. Reserve rescue airmen, two HH-60G Pave Hawks, and one HC-130 Combat King from the 920th Rescue Wing at Patrick AFB, Fla., joined in on the search. The airman, who is assigned to the 24th Special Operations Wing, fell into the Gulf of Mexico about four miles south of Hurlburt Field, Fla., during a planned static line jump. 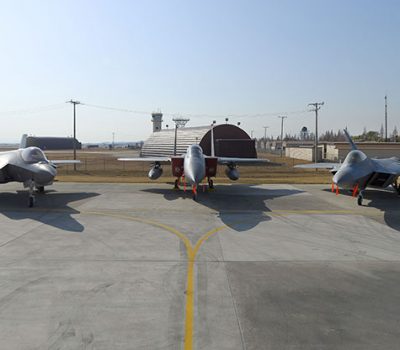 By Rachel S. Cohen
The Air Force next month will roll out two initial batches of technology intended to help the F-22 and F-35 “talk,” and to provide a fuller picture of US combat assets in a particular area. Starting in December, the service plans to demonstrate a new way of getting its two most advanced fighter jets to communicate using the first iteration of a secure, encrypted data link. Officials hope to introduce upgrades every four months, according to Preston Dunlap, the Air Force’s chief architect for the Advanced Battle Management System. At the same time, the Air Force plans to debut an early version of “Omnia One,” an app that intends to show a common operating picture of combat assets across air, land, sea, space, and cyberspace. 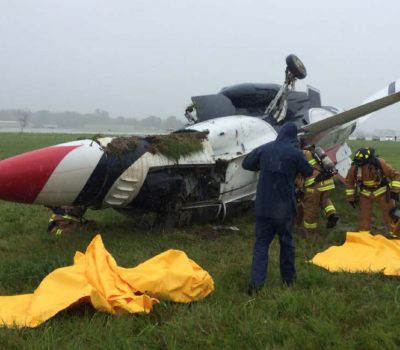 By Rachel S. Cohen
Air Force officials overseeing the F-16 Fighting Falcon program say they’ve seen no data that indicates emerging safety issues with the fighter jet, though more than a dozen have crashed since 2014. “Mishap findings and recommendations are constantly reviewed and analyzed by the F-16 SPO, as well as the aeronautics division of the original equipment manufacturer, Lockheed Martin.” the program office told Air Force Magazine. The service said it plans to start installing a collision-avoidance system on older aircraft starting in spring 2020. 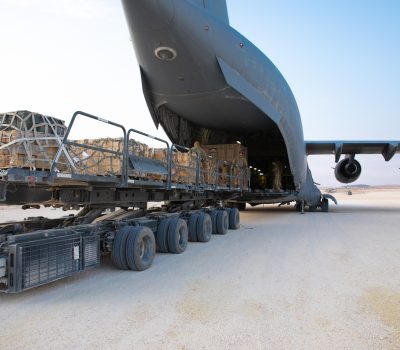 Pentagon: Bulk of US Forces Withdrawn from Main Air Supply Hub in Syria

By Brian W. Everstine
The bulk of US forces and equipment has withdrawn from the major landing zone USAF forces had built in northeastern Syria, but the movement of forces throughout the region continues. “Our deliberate withdrawal from the Kobani Landing Zone continues,” said Navy Rear Adm. William Byrne Jr., the vice director of the Joint Staff, during a Nov. 7 Pentagon briefing. “It’s going safely, it’s going successfully and it is meeting the requirement of the commanders on [the] ground.” USAF personnel established the landing zone early in the fight against the Islamic State group to resupply forces for the siege of Raqqa. 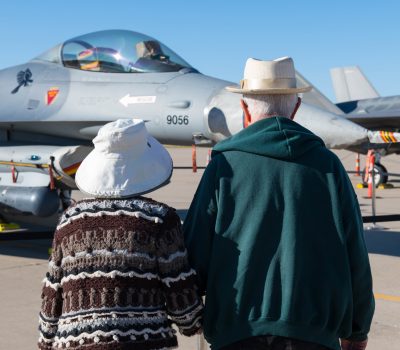 Retirees, Survivors to Get Cost of Living Adjustment in 2020

By Brian W. Everstine
Retirees and survivors will see a slight increase in their benefits for 2020, the Pentagon announced. Most military retirees will receive a 1.6 percent bump to their retired pay starting Jan. 1 to reflect the cost of living increase, based on the Consumer Price Index.

Air Force Leaders Seek to “Flip the Switch” on Innovation

This new electronic warfare "system of systems" has been clandestinely refined over the last five years and judging from the Navy's own budgetary documents, it may be operational soon, if it isn't already. This secretive new electronic warfare "ecosystem" is known as Netted Emulation of Multi-Element Signature against Integrated Sensors, or NEMESIS.

US Must Improve Cyber Protection for Sats: Aerospace

"Neither space policy nor cybersecurity policy is prepared for the challenges created by the meshing of space and cyberspace, especially for the spacecraft," finds a new Aerospace Corporation report.

President Trump Could Intervene in Military War Zone Crime Cases. But Should He?

President Donald Trump has stirred up a debate in the military law community after announcing that he may pull rank in the military's handling of separate legal cases against a Navy SEAL and two soldiers, all of whom were accused of war zone crimes.

President Donald Trump intends to nominate Elaine McCusker to be Defense Department comptroller, according to a White House announcement. McCusker has been acting comptroller since July when David Norquist, the previous comptroller, was confirmed as deputy defense secretary.

During and after the Nov. 2 game between Army and Air Force at Falcon Stadium in Colorado Springs, Colo., things got tense—on the field and social media.