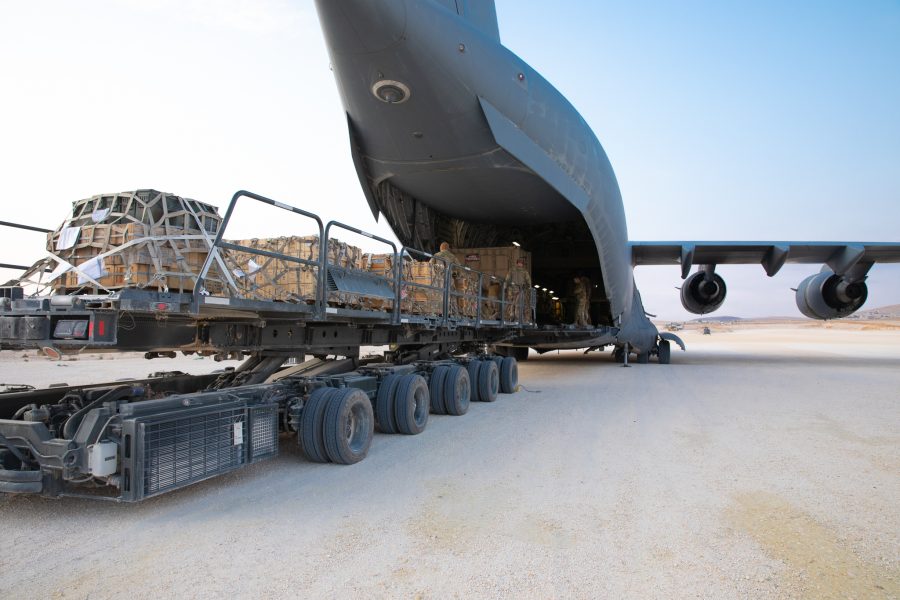 Pentagon: Bulk of US Forces Withdrawn from Main Air Supply Hub in Syria

The bulk of US forces and equipment has withdrawn from the major landing zone built by USAF forces in northeastern Syria, a senior Pentagon leader said on Nov. 7.

“Our deliberate withdrawal from the Kobani Landing Zone continues,” Navy Rear Adm. William Byrne Jr., the vice director of the Joint Staff, said during a Pentagon briefing. “It’s going safely, it’s going successfully, and it is meeting the requirement of the commanders on [the] ground.”

USAF contingency response airmen established the Kobani Landing Zone early in the war against ISIS to be able to bring in C-17s and other aircraft to support the major push to siege the Islamic State group’s self-proclaimed capital of Raqqa.

Recent military photographs show US personnel loading pallets of equipment onto C-17s at the dirt strip.

Last month, President Donald Trump announced many of the US forces in northeast Syria would withdraw, clearing the way for a “long-planned” Turkish incursion into the region. Since then, Turkey and US leaders announced a ceasefire that Byrne said has largely been held, though there have been some small skirmishes in the region.

Despite the withdrawal from certain areas of Syria, the US has sent additional forces into the country to protect oil fields—a move military leaders say is intended to block IS from being able to retake the infrastructure.

“I am not sure ISIS is going away yet,” Byrne said.

“There’s a lot of conflict, a lot going on in the area,” Hoffman said. “There’s a number of different armies operating, having battles taking place, or skirmishes taking place, and the commanders made a request for force protection.”

While the mission is to make sure IS does not retake the oil fields, US forces are willing to protect themselves if other forces, such as Syrian regime forces, target them, Hoffman said.

“Everyone in the region knows where American forces are, … they maintain the right to self defense,” he said.