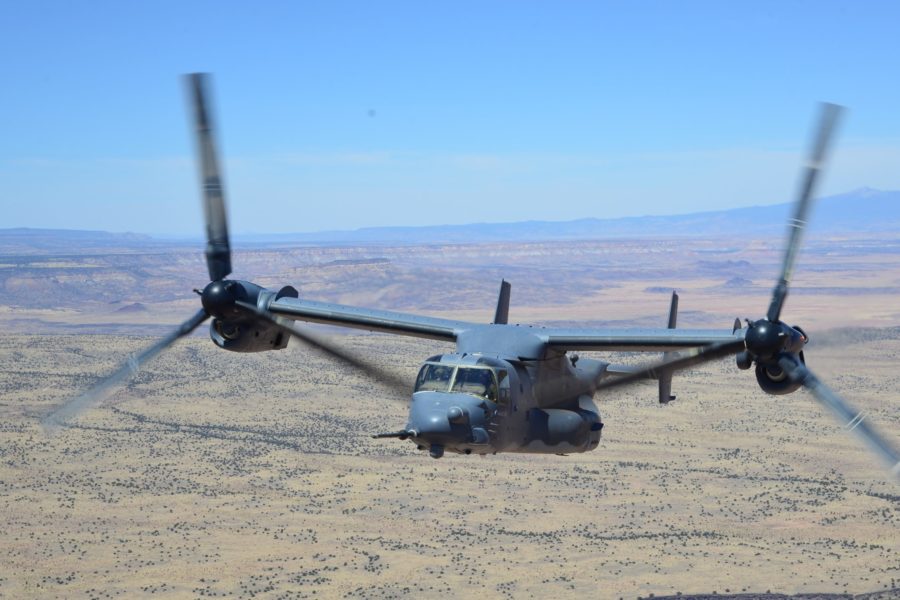 After a little more than two weeks, the Air Force’s CV-22s have been cleared to fly again.

Air Force Special Operations Command has ended its stand down for the Osprey, which began Aug. 16 in response to a safety issue, Lt. Col. Rebecca Heyse, director of AFSOC public affairs, confirmed to Air Force Magazine on Sept. 2. Breaking Defense first reported the end of the grounding.

The stand down began Aug. 16 after two incidents of “hard clutch engagement” in the course of six weeks.

Hard clutch engagement involves the clutch that connects the rotor gear box to the engine slipping, then catching hard, causing the aircraft to lurch.

Prior to those two incidents, AFSOC’s Ospreys had only experienced hard clutch engagement twice in the last five years. No injuries were reported as a result of the incidents, but the Ospreys did have to land immediately after them.

AFSOC has still not identified the root cause of the issue, Heyse told Air Force Magazine in a statement. But the major command has developed mitigation guidelines to deal with instances of hard clutch engagement and is working on multiple lines of effort to address the problem.

Specifically, the new guidelines are focused on flight operations like the ones where most of the incidents took place. The guidelines include:

“Until a root cause is identified, and solution implemented, the focus is on mitigating operations in flight regimes where HCEs are more prevalent and ensuring our aircrews are trained as best as possible to handle HCEs when they do occur,” Heyse said.

In addition to the mitigation guidelines, AFSOC has also given its CV-22 crews surveys, both to assess their understanding of what to do in instances of hard clutch engagement, and to allow them to submit feedback or potential solutions for the problem.

Maintainers are also conducting one-time inspections to verify and compare data in the Air Force maintenance information system, so that accurate information “in regards to drivetrain component operating times” is being provided to the CV-22 Joint Program Office and Bell Textron, the aircraft’s maker.

As part of a medium-term effort, AFSOC is also considering replacing drivetrain components after they reach a certain number of flight hours. The long-term goal remains to identify the root cause of the incidents and figure out a materiel solution.