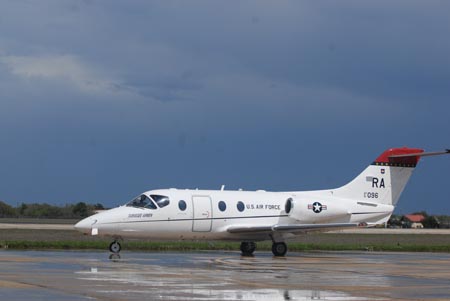 Combat systems officer training with the 12th Flying Training Wing at Randolph AFB, Tex., has concluded with the final training sortie of a T-1 Jayhawk trainer aircraft from there. The Air Force is consolidating its CSO training at NAS Pensacola, Fla., wrapping navigator, electronic warfare officer, and weapons systems officer into a single track that reflects modern combat demands. As part of that, Air Education and Training Command’s 21 remaining T-1s are transferring to Pensacola. The aircraft will be modernized, enabling advanced training in electronics warfare, weapons, and air intercept. “The future is bright,” said Col. Richard Murphy, 12th FTW commander, when commenting on the changes in CSO training following the Randolph’s final T-1 mission on Sept. 23. (Randolph report by Robert Goetz.)