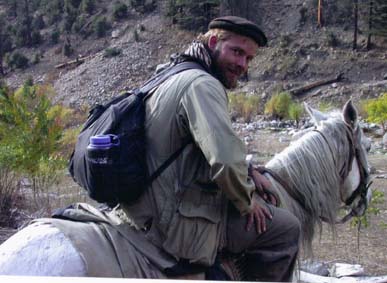 ir Force has awarded a marine turned airman two Bronze Stars with Valor for his actions while deployed to Afghanistan in 2007. MSgt. Kenneth Huhman said he switched from the Marine Corps to the Air Force in 1996 so he could partake of combat controller “mission opportunities.” In 2007, on his second tour as an airman to the region, he deployed from Air Force Special Operations Command’s 23rd Special Tactics Squadron at Hurlburt Field, Fla., with the Army Special Forces Operational Det. Alpha, serving principally in the Kandahar region. During one mission in September of that year, Huhman directed close-in airstrikes against an enemy striking his team from two directions, repeatedly exposing himself to fire as he orchestrated strike and intelligence-surveillance-reconnaissance aircraft over a 26-hour period to coordinate the team’s escape. During the intense action, in the middle of which his GPS unit broke, Huhman continued directing air support; he also personally killed 41 enemy fighters. During a mission in November, as the Special Forces team conducted reconnaissance on an enemy strongpoint, Huhman identified seven Taliban fighters setting up a mortar and called in close air support to take them out. As the mission continued and the team engaged in a firefight, a round hitting near Huhman temporarily blinded him, but he continued to call in air strikes, using the “aircraft as my eyes.” Just as his sight returned, he saw a Taliban fighter pop out of a doorway with an RPG launcher trained on the team’s convoy; he quickly fired one 84 mm rifle shot before engaging with his M4 Carbine. This firefight lasted 11 hours, during which Huhman’s CAS calls emptied the ammunition on two F-18 fighters and one AC-130 gunship. Before the mission ended, he called in one more precision airstrike that eliminated high-level Taliban leaders meeting in a nearby cave. Huhman said of his exploits, “Any controllers in that position would have done the same things.” He currently is one of 12 special tactics airmen augmenting the recruiting service and one prospective controllers “are going to listen to what he has to say,” said Capt. Steve Cooper, a 23rd STS team leader, because “he’s definitely walked the walk.” (AFSOC report by Capt. Amy Cooper)