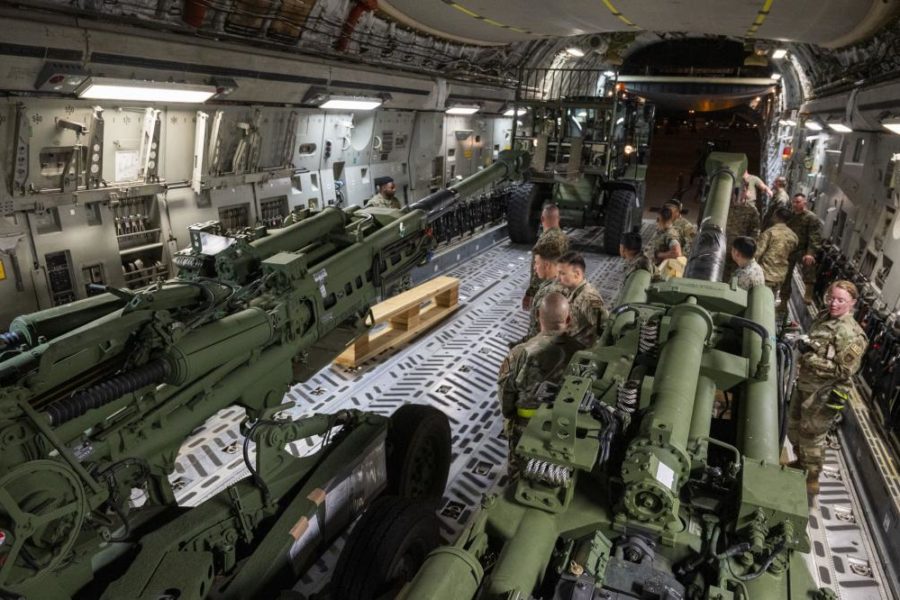 Congress Approves $40B in Ukraine Aid, Just as Previous Funding Runs Out

The Defense Department authorized another $100 million in security assistance for Ukraine on May 19, reaching the limit of President Joe Biden’s existing drawdown authorities just as the Senate passed a massive $40 billion aid package to extend them.

In a press release, Pentagon Press Secretary John F. Kirby specified that the latest $100 million will go toward more artillery, support systems, and counter-artillery radars for Ukraine in its fight against Russia, reflecting the conflict’s increased focus on artillery.

In a later briefing with reporters, Kirby confirmed that the aid package “brings to a close the pre-existing authorities that we had,” adding that the equipment will “start to flow very, very soon” into Ukraine.

All told, Kirby added, the DOD has now given Ukraine $4.6 billion in security assistance since President Joe Biden was inaugurated, the vast majority—$3.9 billion—coming after Russia launched its invasion Feb. 24.

That number, however, is set to nearly quadruple in the coming months, thanks to the new package passed by the Senate in a bipartisan 86-11 vote.

Initially, Biden had asked Congress to approve $33 billion in funds, including $16 billion for the Defense Department—$6 billion more for the Ukraine Security Assistance Initiative, which procures weapons and systems for Ukraine; $5 billion for additional presidential drawdown authority, which allows for the transfer of material from U.S. stocks; and $5 billion to help pay for security on the NATO eastern flank.

That was on top of the $13.6 billion the House and Senate previously authorized in March.

Congress, however, added to Biden’s new request, boosting the top line from $33 billion to $40 billion. For the Pentagon, the new package keeps the funding for the Ukraine Security Assistance Initiative level but boosts the drawdown authorities to $11 billion, along with another $9 billion to replenish the equipment stockpiles sent to Ukraine.

It also includes $3.9 billion to support U.S. European Command operations, $600 million to bolster the defense industrial base’s production of missiles such as Javelins and Stingers, and $500 million “to procure critical munitions to increase the stocks of the Department of Defense.”

The House approved the aid package May 10 by a 368 to 57 vote. Passage in the Senate was delayed a week due to objections from Sen. Rand Paul (R-Ky.), leading Kirby to warn that a delay could create “a bubble, a period of time in which there’s just nothing moving.”

Once Biden signs the new package into law, the DOD will have enough drawdown authorities to transfer an unprecedented total of $14.9 billion in security assistance to Ukraine. But this latest $11 billion won’t be doled out all at once, Kirby said.

“We now have some longer runway,” Kirby said. “And so we’re going to meter these out appropriately, so that Ukraine’s getting what it needs in the fight that they’re in. And that fight could change over time.”