Confessions of a “Bomber Hater” 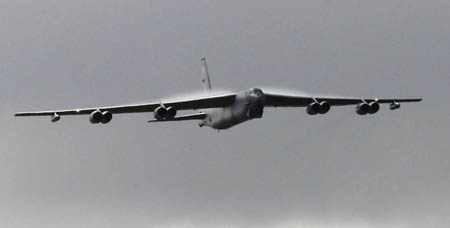 Corps Gen. James Cartwright, Joint Chiefs vice chairman, remains “not . . . convinced” that the Air Force’s approach to long-range strike is the right one, indicating that requirements for the next bomber are still the subject of intense Pentagon debate. “I think you have to have a bomber,” he told defense reporters Thursday in Washington, D.C. “I’m questioning what it is we’re building, and what attributes” it should have. Cartwright acknowledged that he’s known as a “bomber hater.” He admitted that he’s “throwing the gauntlet down” to get the Air Force to prove that even an optionally manned bomber is necessary. “Nobody has shown me anything that requires a person in the airplane. Nobody,” he said. That applies, too, if the future bomber carries out the nuclear mission, he said. “I don’t remember the last time I manned an ICBM or SLBM or a cruise missile, so I’m not sure I understand that logic.” Continue