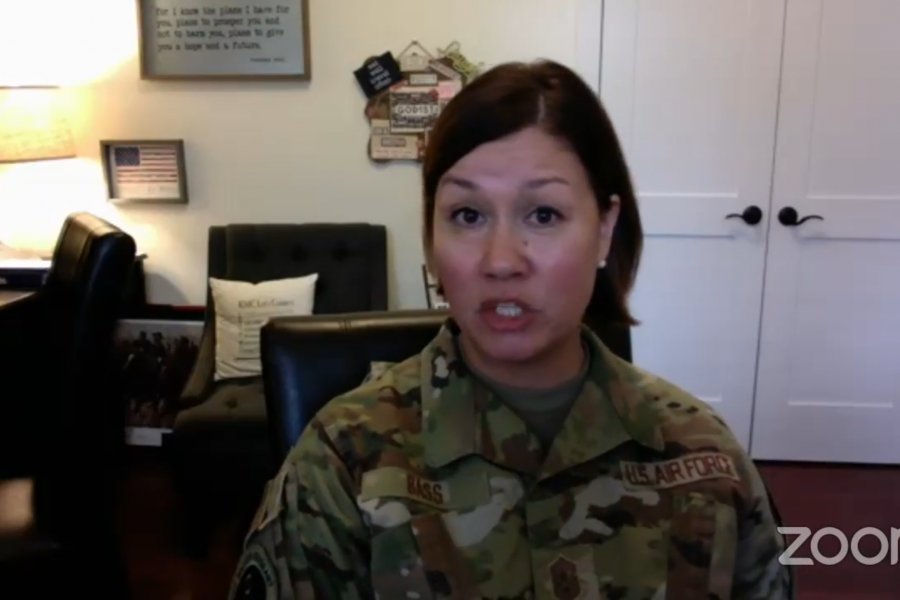 While Airmen are responding to the increasingly prevalent legalization of marijuana in states across the nation and wondering if the Air Force will change its policies as well, the service has no plans to change its stance on Airmen’s use of the drug, the service told Air Force Magazine on Oct. 16. In fact, any change would require an act of Congress.

Earlier in the day, an Airman used a Q&A held as part of the 2020 AF Impact Symposium as an opportunity to ask Chief Master Sergeant of the Air Force JoAnne S. Bass about the issue.

“Medicinal use of cannabis is currently legal in 33 states and recreational use is legal in 11 states,” Staff Sgt. Haidyn Harned, a 57th Intelligence Squadron electronic signals analysis Airman from Joint Base San Antonio, Texas, told Bass. “In response to this rising trend and the possibility of federal legalization, what is your stance/opinion/outlook regarding cannabis use in the military/Air Force?”

Bass said she would have members of her team look into the particulars of the policy. Soon after, a spokesperson provided a statement to Air Force Magazine.

“Following today’s engagement, CMSAF Bass wanted to clarify that although some state and local laws have legalized the medicinal and recreational use of marijuana, it is still prohibited for use by military members.”

USAF spokesperson Ann Stefanek added: “At this time, the Air Force does not plan to reexamine this policy.”

Editor’s Note: This story was updated at 7:18 p.m. EDT on Oct. 16 to reflect new information from Bass and the Air Force.