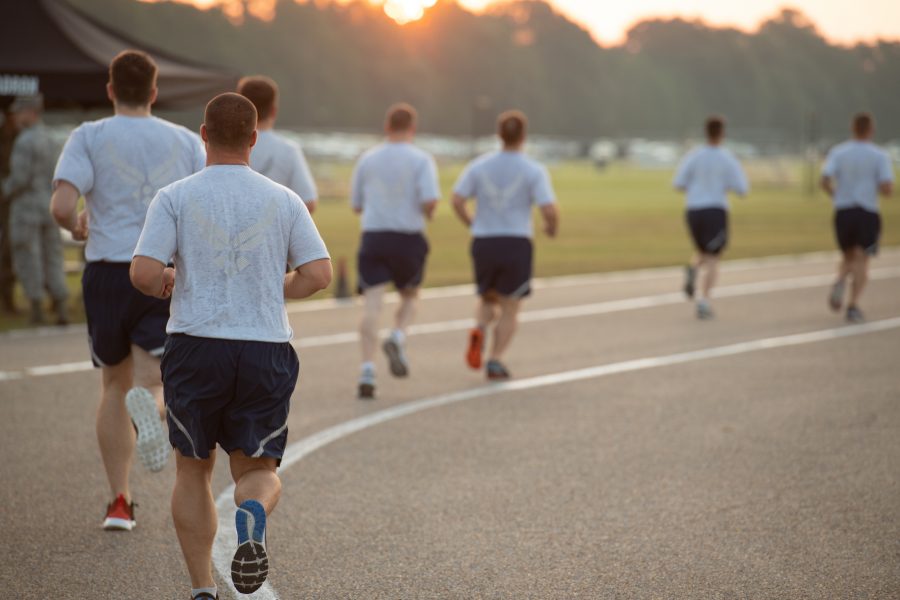 The Air Force is bringing back physical fitness testing on July 1 after multiple delays due to the COVID-19 pandemic, Chief Master Sergeant of the Air Force JoAnne S. Bass said during a virtual coffee talk May 11.

“Read my lips: We are not changing the PT start date,” Bass said. “We have to have a fit culture, and we will resume PT testing on 1 July. So, again, leadership, make sure your folks are ready. Make sure you’re leading by example. That’s just part of our culture. If you are a fit Airman, you’re a more resilient Airman, and you’re a more ready Airman.”

It’s been more than a year since the Air Force last required PT testing, having delayed it at least four times. Bass said she recognizes that some Airman may have longer-term health effects from contracting the COVID-19 virus, and she called on leaders to work through that on a case-by-case basis.

“If you’ve had COVID and you’ve got some health issues that would prohibit you from being able to be your very best, guess what, as a leader, I’m going to take care of that. I’m not going to throw you out there and say, ‘Hey, it’s your turn.’ You know, that’s not leadership, but it’s not going to be codified in an AFI,” she said.

When the test does resume this summer, it’s going to look different. The service announced in December 2020 it would no longer score the controversial waist measurement, though Airmen will still have to get tape tested each year. Airmen will now be graded with a new scoring system based on a 1.5-mile run and one minute each of pushups and sit-ups. They also will be scored in five-year age groups, instead of 10-year cohorts like the previous test. Bass said the new increment charts will be released June 1.

“We’re going to start there,” Bass said. “From there, the exciting pieces you’ve heard me say before, we are at a point where we should be able to have options to be able to determine what somebody’s cardio fitness is or what their strength is, and we will announce what those will be.”

Bass said the new cardio assessment options are likely to start in January, but the service wants to give Airmen enough time to prepare.

USAF Surgeon General Lt. Gen. Dorothy A. Hogg said during a previous coffee talk that the service was looking at alternatives to scoring cardiovascular fitness. Some of the options being explored by the Air Force Fitness Working Group include a 20-meter shuttle run, row ergometry, planks, and burpees.