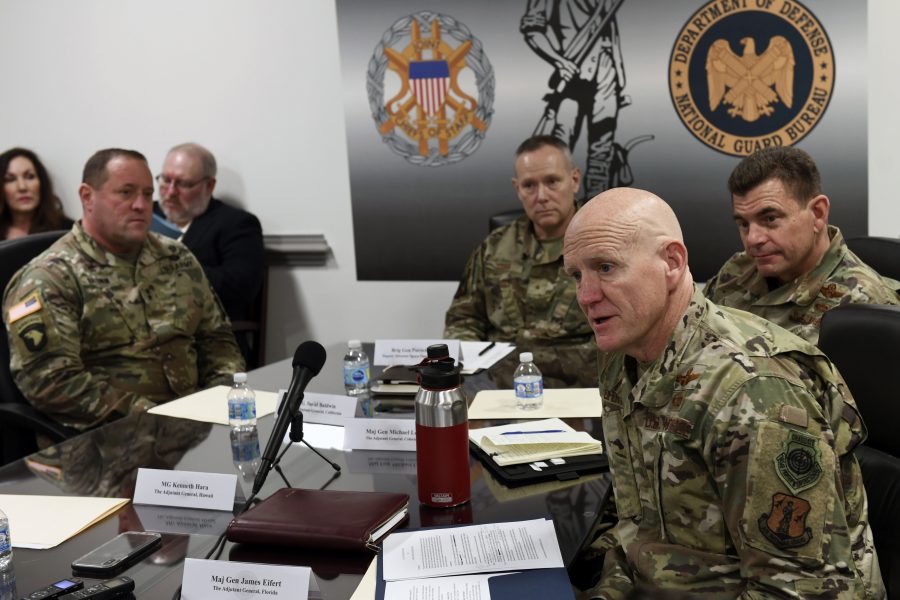 Officials across the federal government are debating whether the new Space Force should include a reserve component as well. National Guard Bureau leaders are in favor of the proposal, arguing it is a natural extension of the Air National Guard and Army National Guard’s work. Others question the utility of calling up space Guardsmen in the same way that states do Army and Air Force personnel.

The National Guard already handles space missions like missile warning and space object tracking when in the U.S., and satellite communications when deployed overseas.

About 1,500 space personnel currently serve in the Air and Army National Guards, including around 1,100 Airmen. CBO studied two options for the Space Force:

The first option would transfer 1,500 Guardsmen from existing Air and Army National Guard units in several jurisdictions to a Space National Guard, without adding new units to keep costs down. Bureau leadership suggested that model in February.

“DOD would incur about $100 million in additional costs annually to operate and support this smaller Space National Guard,” CBO wrote. “Creation of such a force also would probably result in one-time costs of about $20 million for the construction of additional facilities.”

Moving existing units into a new organization is a simpler approach, but would still need to be supplemented by a training pipeline of 50 to 90 people at a time. A space Guard would likely also need around 260 more administrative employees, CBO found.

“A Space National Guard created in such a manner would be much smaller than other National Guards in absolute terms and smaller as a proportion of the total Space Force than the Air National Guard’s size in relation to the total Air Force,” the report noted. “It also would be geographically restricted in scope to far fewer states and territories than other Guard forces (which are present in 50 states, 3 territories, and the District of Columbia).”

Space Force officials are also pushing to bring Reservists into the new service for similar missions. CBO argues a Space Reserve would cost about the same amount as the leaner Space National Guard.

Under the larger model, a Space National Guard could grow to about one-third the size of the overall Space Force, at 4,900 to 5,800 personnel.

One potential pitfall of a larger space Guard is that it still may be too small at the state level if it is spread across all 50 states, D.C., and American territories. Officials have suggested targeting a Space National Guard to the jurisdictions that already have space-focused Air and Army National Guard forces, to maximize what they can do.

National Guard leadership is pushing forward despite the uncertainty. On May 20, the bureau named Air Force Brig. Gen. Gregory White as its first space operations boss. White is in charge of standing up the Guard’s space ops directorate as the central voice for space within the bureau.

“White and his team have a challenging transition ahead to ensure the National Guard does our part to provide a ready and capable space force,” Air Force Gen. Joseph Lengyel, the bureau’s top officer, said in a release.