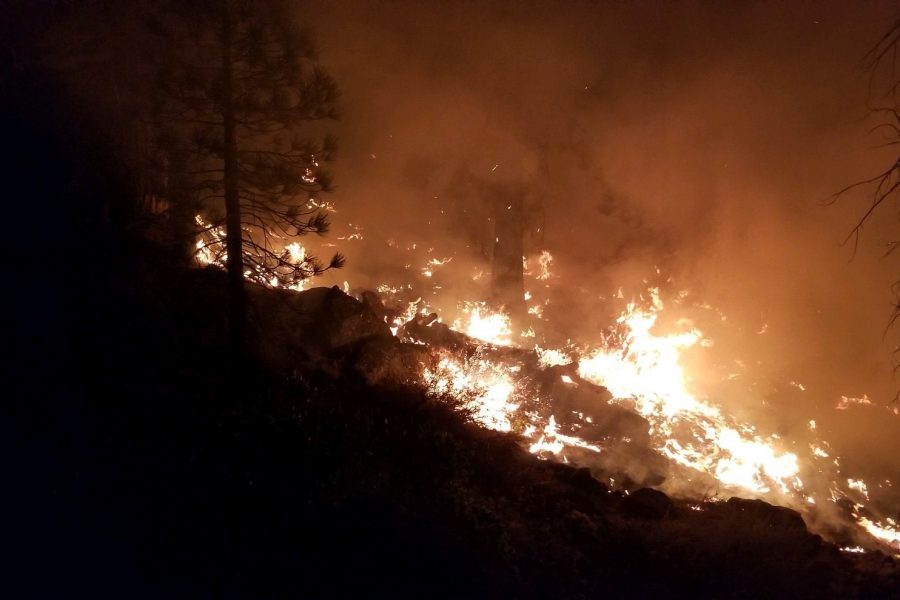 The state’s National Guard has “pioneered the use of space-based systems” that help it detect and map fires, as well as assess the damage they cause, he said during a media roundtable about the Guard’s ongoing efforts to battle the blazes. Baldwin said the California Air National Guard worked with NGA “to be able to use the systems in an unclassified mode to be able to share information … primarily on fire starts.”

“We’ve been doing this since 2018, and are becoming pretty good at it,” he said, noting that the CANG has nicknamed the system “FireGuard.”

Airmen and Soldiers use these satellites to do 24/7 monitoring for fires, Baldwin said. When they spot a blaze, he explained, they send a heads-up to one of two California Department of Forestry and Fire Protection-U.S. Forest Service regional operations centers in the state.

“That will alert them to fire starts,” he said. “Then, our analysts are able to use the information that they get through this system to be able to very rapidly determine whether or not the fires are campfires or car fires or a fire that could indeed become a very dangerous wildfire.”

The California National Guard is also collaborating with the Defense Innovation Unit in hopes of leveraging Silicon Valley artificial intelligence capabilities to speed the process of determining a fire’s threat potential, he added.

Baldwin said the CANG’s daily employment of space-based systems—not only for wildfire response, but also for its personnel’s wartime missions—demonstrates the need for a Space National Guard.

“We’re proving that we can also use these in a domestic role, so anybody that says that there is no reason that a state needs a space force, they don’t know what they’re talking about because [we] do it every single day here in California,” he said.