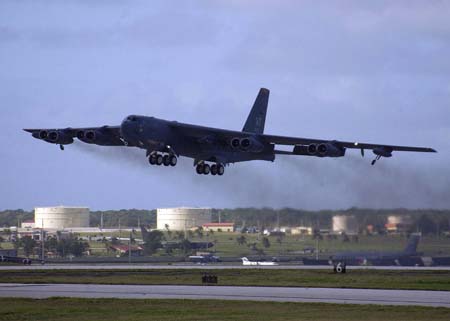 The Air Force’s newest combat-coded B-52 unit, which is set to stand up next week at Minot AFB, N.D., has been officially designated the 69th Bomb Squadron, Laurie Arellano, chief of public affairs for Minot’s 5th Bomb Wing, told the Daily Report Thursday. The squadron stand-up is scheduled for Sept. 3, pending the release of the final decision regarding the service’s environmental impact assessment, she said. The 69th BS will join Minot’s existing 23rd BS under the 5th BW. After its re-activation, the next major milestone for the 69th BS will be reaching initial operational capability, which is expected by the end of September, Arellano said. It will have four B-52s available for use at this point and likely will begin participating in exercises come October, she said. Continue