Skip to content
Graduating Airmen stand in formation on the drill pad during the basic military training graduation ceremony at Keesler Air Force Base, Miss., on May 15, 2020. Air Force photo by Kemberly Groue.
Expand Photo 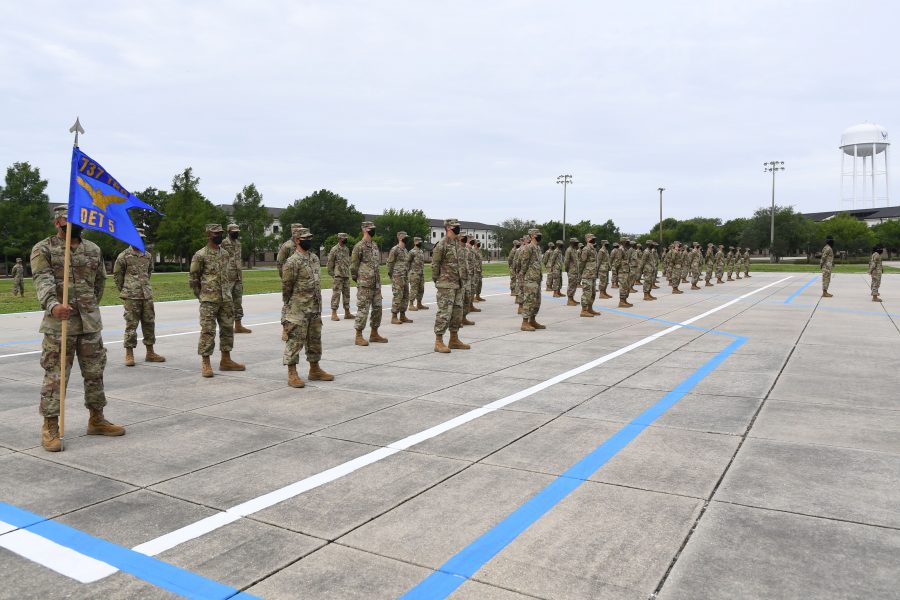 BMT Is Ending at Keesler—for Now

“We’ll then take about 90 days to do an after-action and a reassessment of how that operation went, and we will have plans, if asked and if necessary, to resume BMT probably no earlier than February of next year,” she said during an Air Education and Training Command conference call.

The fiscal 2021 production targets that 2AF received from USAF aren’t high enough to merit the use of two BMT locations next year, Tullos said, though she noted that “COVID gets a vote.”

“If we have challenges, and we see spikes and outbreaks, and the CDC issues us guidance that causes us to lose our ability to use San Antonio as our full production point, we’ll be prepared to reopen that capability and resume again next year,” she told reporters.

The Air Force in April began a proof of concept at Keesler to demonstrate the feasibility of hosting BMT at a non-Lackland location in case of a contingency—not specifically the COVID-19 pandemic. After the test flight of trainees graduated in May, AETC announced plans to simultaneously hold BMT at Lackland and the Mississippi base until pandemic surge operations concluded.

Tullos credited U.S. Military Entrance Processing Command and Air Force recruiters with making the pause on BMT ops at Keesler possible, since going back to business as usual—for the most part—at Lackland hinged on the ability to get new recruits to San Antonio amid the pandemic.

“What it’s really come down to has been our ability to … ship with agility into Lackland,” she said. “So we were very concerned that we would not be able to get recruits from across the country into San Antonio, which you’ll recall has been pretty much a hot zone for COVID since the first arrival of the [Princess] cruise ship passengers, as well as our citizens from Wuhan province, much earlier in this year.”