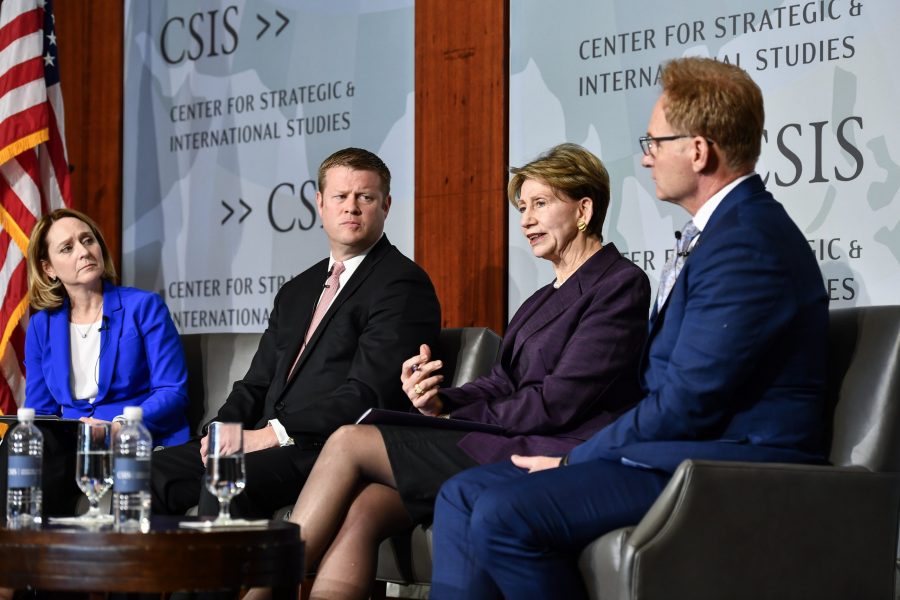 Presumed President-elect Joe Biden and Vice President-elect Kamala Harris on Nov. 10 revealed the first Pentagon transition team members who will review the agency’s operations and begin the process of handing it off to new leaders in January.

Kathleen H. Hicks, director of the international security program at the Center for Strategic and International Studies, will lead the Defense Department agency review team (ART). Several other members come from CSIS and other prominent research institutions, including the Center for a New American Security, RAND Corp., and New America.

Their work experience spans years in the defense, foreign policy, energy, technology, and other sectors. Some names are well-known to the military, like former DOD comptroller Mike McCord. Others have a less-traditional resume, like Michael Negron, a Navy veteran who is now assistant director of the Illinois Department of Commerce and Economic Opportunity.

Many people on the list have ties to past Democratic administrations as well, like Susanna V. Blume, a former deputy chief of staff to the deputy secretary of defense under Presidents Barack Obama and Donald J. Trump, and Debra Wada, who served as Assistant Secretary of the Army for Manpower and Reserve Affairs under Obama.

The Biden-Harris transition team touted the diversity of its agency review teams, saying the presumed President-elect and Vice President-elect are “committed to building an administration that looks like America.”

“The teams have been crafted to ensure they not only reflect the values and priorities of the incoming administration, but reflect the diversity of perspectives crucial for addressing America’s most urgent and complex challenges,” the Biden-Harris transition team said in a release. “Of the hundreds of ART members to be announced, more than half are women, and approximately 40 percent represent communities historically underrepresented in the federal government, including people of color, people who identify as LGBTQ+, and people with disabilities.”

They will begin meeting with former agency officials and the experts who track those organizations, as well as with officials from think tanks, labor and trade groups, and other non-governmental organizations, according to the transition team.

Once General Services Administration boss Emily W. Murphy formally recognizes Biden as the winner of the 2020 presidential election, transition team members will work directly with federal agency employees to begin pivoting to the policy priorities of the Biden-Harris administration.

Murphy has not yet directed the federal government to start collaborating with the presumed President-elect’s organization, as President Donald J. Trump calls for vote recounts and files legal challenges over the results in multiple states following the Nov. 3 contest. Biden reached the electoral vote threshold needed to become the next President on Nov. 7.

Team members and their most recent employers include: