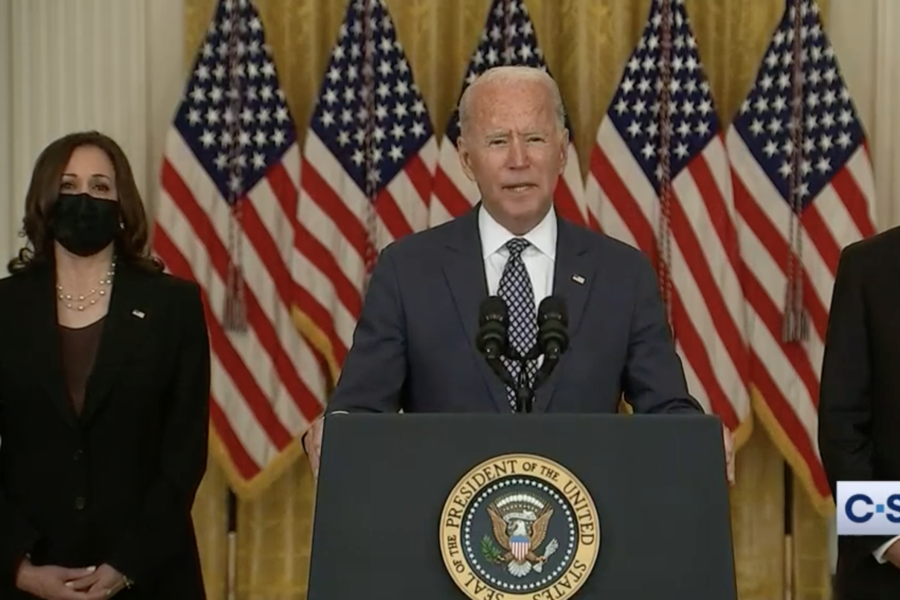 President Joe Biden extended his commitment Aug. 20 to evacuate all Americans in Afghanistan as well as Afghans who helped coalition forces, even if it could not be done by a self-imposed Aug. 31 deadline.

Military commanders in recent days had promised only “as many as possible” Afghans would be evacuated by the deadline and said the U.S. would not push out its perimeter or retrieve evacuees in distress.

Biden on Aug. 20 said he would order operations beyond the airport as necessary to rescue Americans.

“Any American who wants to come home, we will get you home,” Biden said. “I cannot promise what the final outcome will be or that it will be without risk of loss.”

The President also said military commanders were in “constant contact” with the Taliban and that he had no indication Americans were being prevented from safe passage to Hamid Karzai International Airport, even while reports on the ground indicate that Afghan translators were suffering brutal treatment and there were massive crowds at Taliban checkpoints.

Biden called the evacuation mission “the largest and most dangerous in history” and said it was inevitable that a U.S. withdrawal from Afghanistan would lead to “what you’re seeing now.”

Prompted by a reporter during a question-and-answer period, Biden committed to evacuate Afghans who helped U.S. and coalition forces who qualify for special immigrant visas.

“Yes. We’re making the same commitment,” he said, while expressing confidence the tall order could be achieved by the Aug. 31 deadline.

Biden also said the U.S. military would leave after the mission was completed.

“When this is finished, we will complete our military withdrawal and finally bring an end to 20 years of American military action in Afghanistan,” Biden said.

As to whether American forces may stay beyond the end of the month, the President said: “We’re going to make that judgment as we go.”

Biden said C-17 evacuation flights paused Aug. 20 for a reported six to seven hours when a refugee center in Qatar reached capacity, but flights have since resumed.

He also said 169 Americans had been retrieved from masses near the airport perimeter.

Earlier in the day, NATO foreign ministers released a joint statement calling for an end to violence and for safe passage to the airport. The ministers also declared that all assistance to the Afghan government would cease until human rights guarantees were in place.

The State Department has continued to fly in additional consular officials to third countries to help with the processing of the Afghans.

Yet despite Biden’s boasting “significant progress” in the evacuation mission, members of the President’s own party were quick to criticize him.

An Afghan military of some 300,000 ground forces capitulated and allowed Taliban forces to enter the capital largely without resistance Aug. 15. Rather than attack the incoming fighters, at least 46 aircraft also fled to neighboring countries.

Biden criticized the failure of Afghan leadership, citing a lack of will of the American-trained forces to fight.

Biden said counterterrorism would be the focus when it comes to Afghanistan moving forward, and he reiterated that the United States will maintain an “over-the-horizon” capacity to attack “large groups of terrorists.”