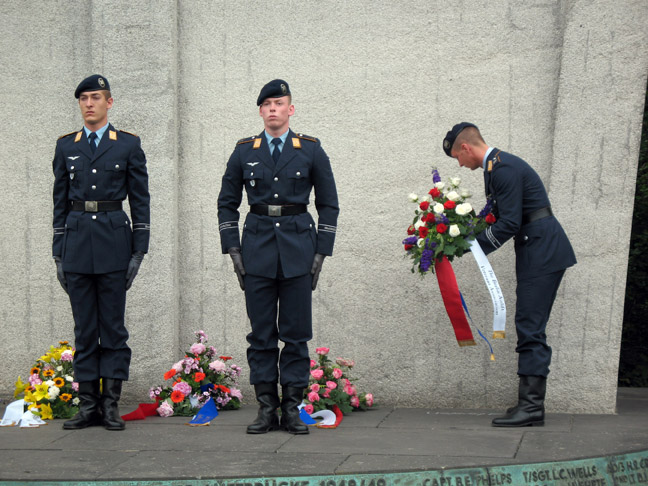 Air Force and its British, French, and German partners held a ceremony June 27 at the Berlin Airlift Memorial at Tempelhof airport in Berlin, Germany, to commemorate the 78 allied airmen who gave their lives during the 11-month operation, which began on June 24, 1948, and remains the largest humanitarian relief mission by air in history. Gen. Roger Brady, US Air Forces in Europe commander, spoke at the event, in which Gen. Arthur Lichte, head of Air Mobility Command, also participated. US, British, and French aircraft brought in more than 2.3 million tons of food, coal, medicine, and supplies in more than 250,000 air missions during the airlift to sustain the citizens of West Berlin who the Soviet Union had cut off with a land blockade. The airlift was also celebrated at the Berlin Airshow last month.