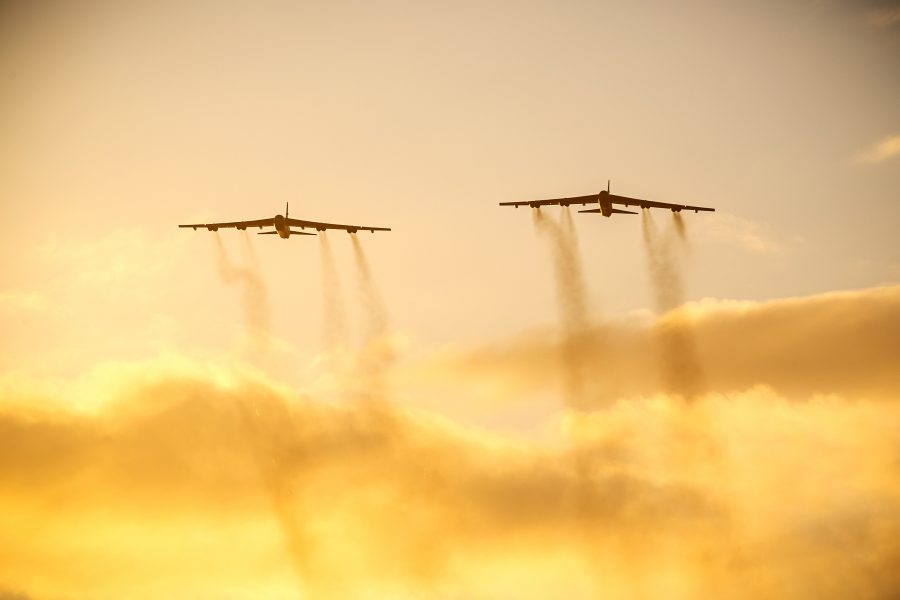 Six B-52s trained alongside Royal Norwegian F-16s and F-35s in Northern Norway shortly after they deployed to Europe on Aug. 22.

The task force of B-52s deployed to RAF Fairford, England, from the 5th Bomb Wing at Minot Air Force Base, N.D., for a “long-planned training mission where the aircraft will conduct theater and flight training across Europe and Africa,” U.S. Air Forces in Europe-Air Forces Africa said in a release.

“I am happy that our American friends choose to practice and train in our local areas,” Chief of Defense Eirik Kristoffersen said in a translation of an Aug. 24 Norwegian release. “It is important that they know Norwegian conditions and can operate with us if necessary.”

The mission comes about one month after the Department of the Air Force released its first-ever Arctic Strategy, citing the increased strategic importance of the region. “Given the Arctic’s vast distances and challenges to surface operations, air and space capabilities have long been essential to gain rapid access and provide all-domain awareness, early warning, satellite command and control, and effective deterrence,” the strategy states.

A B-52 last trained with Norway in June when the bomber flew alongside a group of Norwegian F-35s in the Arctic. The bombers flew a long-range strategic training mission to the Baltics shortly after.

RAF Fairford is the regular home for bombers deployed to Europe. The base, which was once only kept in “warm status,” now is capable of 24/7 operations and it can host both bombers and intelligence, surveillance, and reconnaissance aircraft, Col. Kurt Wendt, commander of the 501st Combat Support Wing that oversees the base, told Air Force Magazine. The base has about 450 personnel, with reopened lodging and dining facilities to provide support.