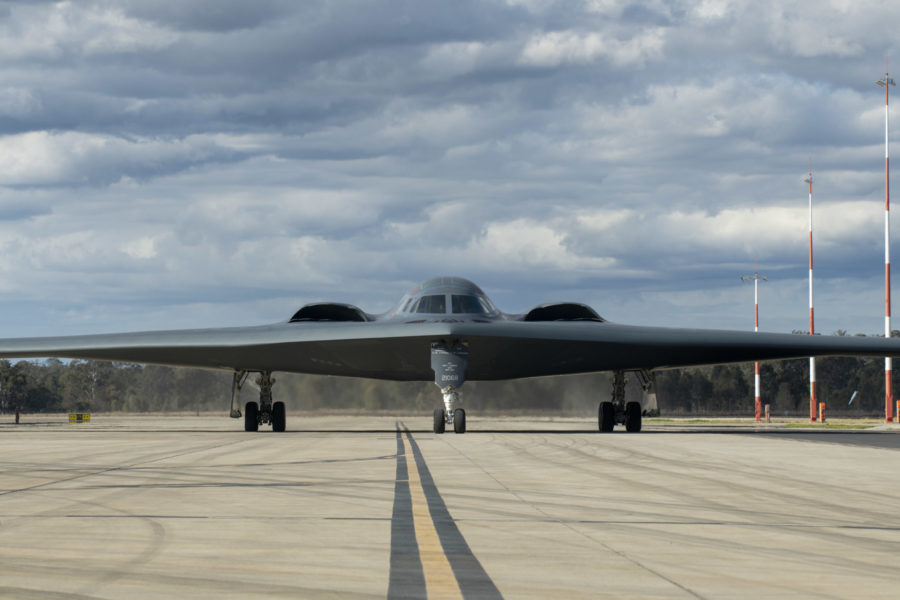 A pair of B-2 bombers from Whiteman Air Force Base, Mo., arrived in Australia on July 10, starting a new bomber task force mission in the Indo-Pacific just days after the Air Force completed its last one.

The B-2s from the 509th Bomb Wing landed at Royal Australian Air Force Base Amberley, according to a service press release, and will take part in “training missions and strategic deterrence missions with allies, partners and joint forces.”

“This deployment of the B-2 to Australia demonstrates and enhances the readiness and lethality of our long-range penetrating strike force,” Lt. Col. Andrew Kousgaard, 393rd Expeditionary Bomb Squadron commander, said in a statement. “We look forward to training and enhancing our interoperability with our RAAF teammates, as well as partners and allies across the Indo-Pacific as we meet PACAF objectives.”

The bombers’ deployment will also support the Enhanced Cooperation Initiative under the Force Posture Agreement first signed more than a decade ago by the U.S. and Australia.

Collaboration between the two nations has increased even more recently, with the announcement of the AUKUS agreement, which will include enhanced air and space cooperation, as the allies look to challenge Chinese influence in the region.

In 2020, Whiteman B-2s deployed to Naval Support Facility Diego Garcia then flew over Australian training areas while Marines and Australian troops trained together to control the strikes. In 2016, a B-2 from Whiteman landed at RAAF Base Tindal. Most recently, B-1s that deployed to Guam in June conducted hot pit refueling operations with the RAAF in Australia.

Those B-1B Lancers arrived home to Ellsworth Air Force Base, S.D., on July 4 to finish their bomber task force rotation. Less than a week later, the B-2s from Whiteman arrived in Australia.

This past March, a B-2 from the 509th Bomb Wing became the first bomber of its kind to land at RAAF Base Amberley, part of a quick turnaround amid more than 50 hours of flying. During that mission, the B-2 integrated with Australian F-35s, EA-18 Growlers, and F/A-18F Super Hornets, as well as American F-16s and F-22s.