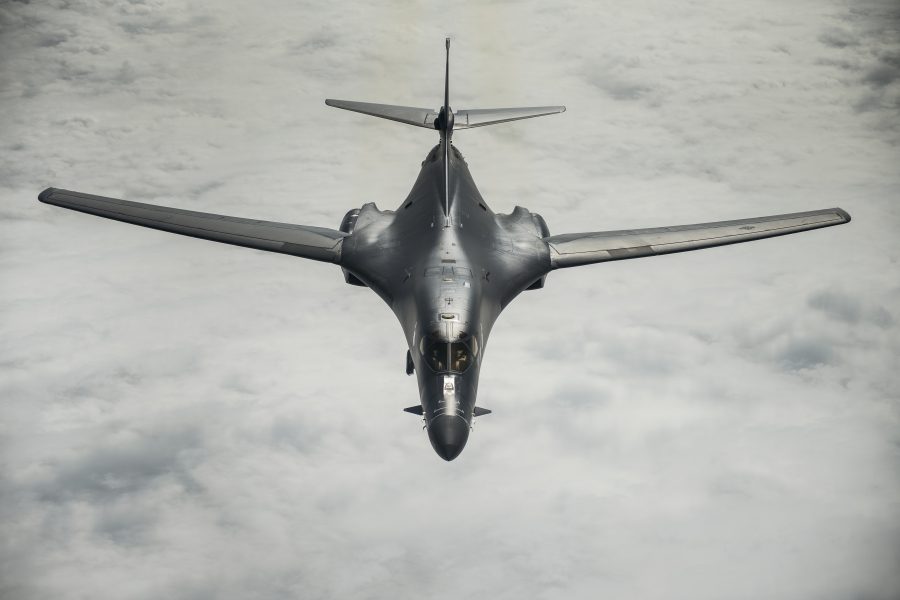 Editor’s Note: This story was updated at 5:18 p.m. on June 9 to clarify comments Air Force acting acquisition executive Darlene Costello made during a House Armed Services subcommittee on projection forces hearing on June 8. The first two B-21s are “in production,” but are not completely built, according to the Air Force.

Speaking before a House Armed Services subcommittee on projection forces June 8, Nahom said the 45 remaining B-1s, after the planned 17 are retired, will be kept in service “until these units shake hands with the B-21s as they arrive. We have no intention of going below 45, because the combatant commanders need that firepower in the next five, seven, 10 years, until the B-21s start showing up in the numbers we need them.”

The Air Force had previously suggested there might be further drawdowns of the B-1 as the B-21 neared deployment.

Rep. Elaine Luria (D-Va.) asked if the combat needs of the Air Force will be met by the new size of the bomber force.

“Flat out, no,” said Lt. Gen. S. Clinton Hinote, deputy chief of staff for strategy, integration, and requirements. “This is why I say, the risk in the bomber portfolio is high. We’ve got to do better. We’ve got to accelerate the B-21 capability as quickly as we can. But in the short term, the answer is no.” The decisions on whether to extend the service life of some bombers and the schedule for the B-21 “were made five, 10, 15 years ago,” under the Budget Control Act, and the decision was made to prioritize readiness over modernization, he said.

When Luria asked if the B-21 can be accelerated, Hinote said, “It’s just true that we can’t get the B-21 fast enough.”

Air Force acting acquisition executive Darlene Costello said the priority for the B-21 is “to get through the design, get completed, and not introduce concurrency” in the program.

“Once we get through design and get the first ones delivered, we can adjust production rates and maybe affect them that way, but we have to get through the engineering with solid discipline,” she said.

Luria expressed surprise that the design is not yet complete, to which Costello replied, “We have the design. There are two test aircraft [being] built and it will take a while to get through all the testing. And therefore, there could be some changes as a result of the testing.”

Air Force Rapid Capabilities Office director and program executive officer for the B-21, Randall G. Walden, told Air Force Magazine late last year that the second B-21 was in production and the first would roll out in early 2022, with flight tests expected to begin in the middle of next year. Walden said the first aircraft would undergo extensive ground tests between rollout and first flight, and the second aircraft would be a ground test vehicle.

Nahom said the combat capability of the 45 B-1s will be at least as good, if not better, than with the 62-airplane fleet.

By reducing the 17 most expensive to maintain and hardest-to-fix aircraft while keeping the same level of maintenance manpower until the B-21 arrives, “we think we can get the readiness level of [the B-1] actually higher,” Nahom said. “We can actually have more airplanes available for the combatant commander in the interim by getting rid of the oldest, most problem-prone aircraft in the fleet. We think that’s paying off,” he said.

The decision was made because the B-1s that are coming out of the inventory “cost more to sustain … than the benefit you get from them.” Nahom added that the Air Force “thought it was going to be more” than 17 aircraft that would be drawn down until a tail-by-tail analysis found the optimum number.