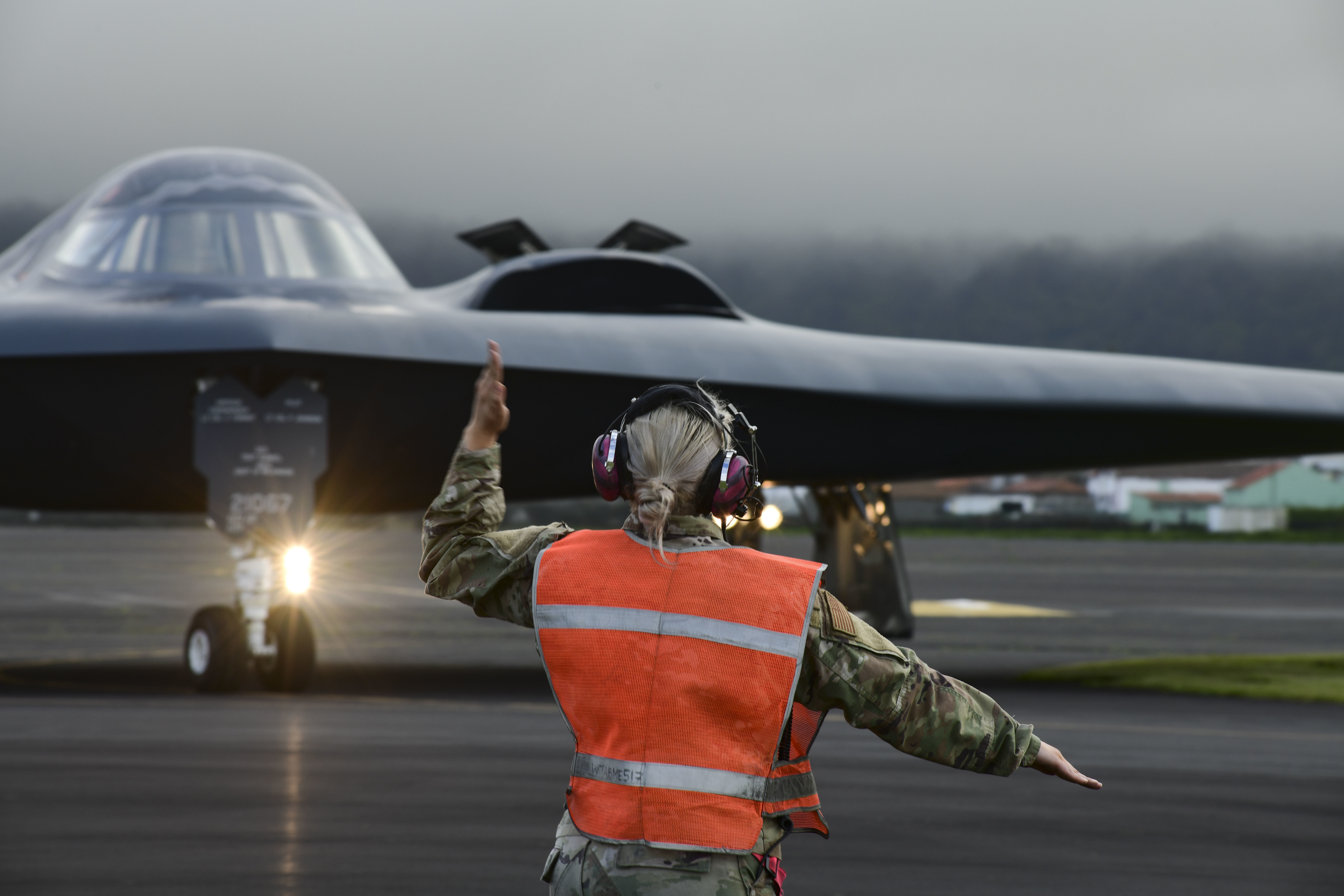 Two B-2 Spirits and two B-1B Lancers linked up near Iceland for a training mission March 16, highlighting the importance the Air Force is placing on the Arctic region.

The four bombers flew a “long-range integration” in the high north, meeting up off the coast of Iceland during the night to “refine the skills necessary” to operate in that environment, U.S. Air Forces in Europe said in a press release.

The B-2s deployed to Lajes Field, Portugal, earlier in the day, where they conducted a hot-pit refueling and crew swap before taking off again. The bombers will be based at the installation in the Azores for their task force deployment, according to USAFE.

The B-1s, from Dyess Air Force Base, Texas, deployed to Ørland Air Base, Norway, for the first time last month, and have flown multiple training missions in the region.

Deploying the bombers to Norway and operating in other areas of the high north demonstrates the Air Force’s intention to operate regularly in the Arctic, sending a message both to allies and potential adversaries such as Russia that the region is a priority.

The Department of the Air Force in July 2020 released its first-ever Arctic Strategy, highlighting that the Air and Space Force “is the most active and invested U.S. military department in the Arctic.”

“As more countries are drawn to the Arctic region, some with competing interests, it’s imperative that we maintain free, fair access for all nations,” Basham said March 5. “And we will continue to work diligently with our NATO allies and partners to ensure that stability.”