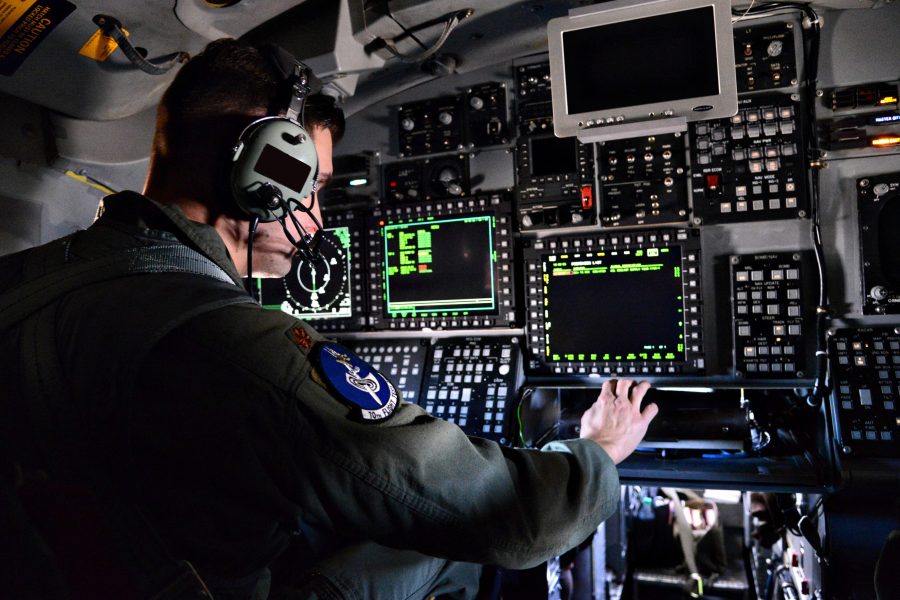 The IBS program, the largest and most complicated update ever for the Lancer, included 1,050,000 hours of planned work at Tinker Air Force Base, Okla. Each aircraft needed 17,000 individual parts, and 13 miles of new wiring. The program began in 2012 when Boeing upgraded two aircraft at Edwards Air Force Base, Calif. The next 60 were all upgraded at Tinker and the last aircraft is finishing up this week.

“I think everybody’s heard of how complex this upgrade is, and how complicated it’s been,” said Lt. Col. James Couch, commander of the 10th Flight Test Squadron, which handled test flights in the program. “But through teamwork, through maintenance and the (System Program Office), and through engineering, ops, we all came together as a team and we did something that’s never been done before in the B-1 enterprise. This is the most comprehensive upgrade in the history of the B-1 bomber.”

The program first began with the individual Center Integrated Test System—a display in the cockpit replacing the outdated computer that monitors the jet’s systems to help troubleshoot issues. Shortly after, the upgrade folded in the Link 16-supporting Fully Integrated Data Link and the Vertical Situational Display Unit. The individual mods are funded individually, with Boeing serving as the prime contractor. But, since they all focused on the same area of the aircraft, the Tinker line was able to integrate them so work could be done concurrently, said William Barnes, the B-1B systems program manager with the Air Force Life Cycle Management Center.

Under original requirements it would take about 218 days to complete each bomber, but Tinker was able to set an internal goal of about 170 days, with the fastest turnaround being 154 days.

In recent years, the B-1 fleet has faced serious structural issues, dropping the jet’s mission capable rate into the single digits. Tinker in 2019 stood up a separate line to address structural issues, independent of the cockpit modernization work, but USAF managed the fleet to limit downtime, said Rodney Shepard, director of the 567th Aircraft Maintenance Squadron. For example, when Global Strike issued time-compliant technical orders on specific issues, that work was added to the aircraft in the IBS program.

When the upgrade began, the B-1 had not yet transitioned from Air Combat Command to Air Force Global Strike Command. The service is now looking to retire some of the recently modernized aircraft, according to its fiscal 2021 budget requests, which calls for cutting 17 of the aircraft because of the ongoing structural issues.

Going forward, Air Force leaders have said they look forward to integrating new systems onto the B-1, especially hypersonic weapons. The new systems installed as part of the IBS will make that “much easier,” Barnes said. The Link 16 data and other displays bring “situational awareness that is just beyond reproach,” Couch said.