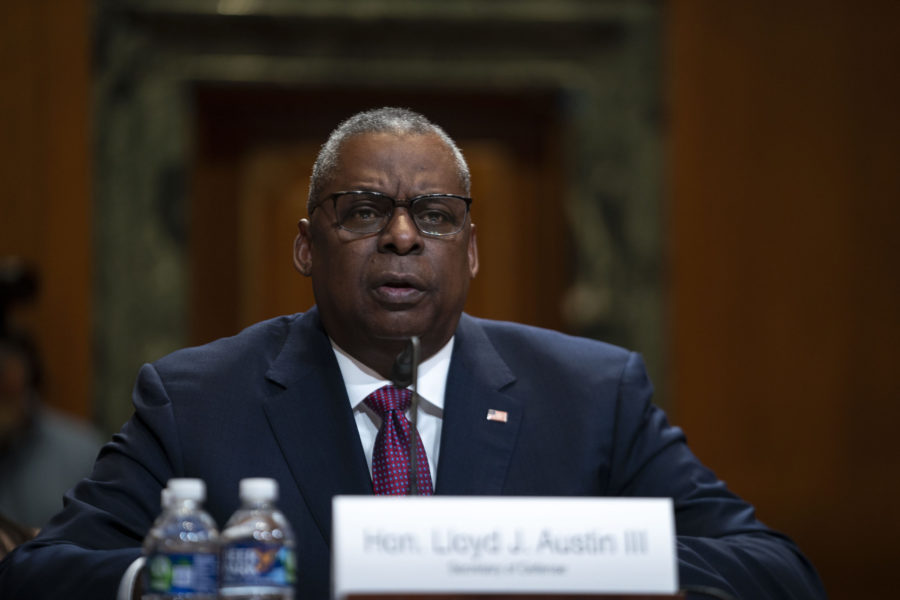 With less than three weeks left before Congress’ latest continuing resolution funding the government runs out, Defense Secretary Lloyd J. Austin III sent a letter to leading lawmakers, urging them to pass a spending bill before the start of 2023.

Austin sent copies of the letter Nov. 28 to the top Republican and Democrat in both the House and Senate, as well as the chairs and ranking members of the Appropriations Committees in both chambers.

Politico and Punchbowl News first reported the delivery of the letter, and a spokesperson for the Senate Appropriations Committee confirmed its details to Air & Space Forces Magazine. A Pentagon spokesperson declined to comment.

In the letter, Austin pleads with Congress to “complete a full-year, whole of government funding bill before the end of 2022,” warning that “failure to do so will result in significant harm to our people and our programs and would cause harm to our national security and our competitiveness.”

In particular, Austin wrote that for every month the Pentagon operates under a continuing resolution—which keeps funding frozen at the previous year’s level—the Defense Department loses “at least $3 billion” compared to its 2023 budget request.

Congress approved $728.5 billion for the Pentagon in its 2022 omnibus spending bill, while DOD’s 2023 request was for $773 billion—and there has been bipartisan interest in boosting that number even higher to deal with the effects of inflation.

But that interest has been tempered by political realities, a common refrain on Capitol Hill in recent years, as Republicans and Democrats still have not agreed to a spending bill. A continuing resolution was needed in late September to keep the government from shutting down through Dec. 16, and recent reports indicate that another might be necessary as negotiations drag on.

While that happens, the Pentagon is stuck in a holding pattern with which it has become all too familiar over the past few decades, unable to start new programs or enter into new contracts, as funds are stuck in old accounts. And that delay, as much as any reduced spending power, carries consequences, Austin said.

“The CR costs us time as well as money, and money can’t buy back time, especially for lost training events,” Austin wrote in his letter. “Under the CR, Congress prohibits the military from commencing new initiatives, such as those requested by our theater commanders in the Indo-Pacific and around the world or in support of service members and their families at home.”

Austin’s warning is just the latest in a long line from Pentagon and Air Force leaders over the years. In May, Air Force Secretary Frank Kendall made the case that a CR in fiscal 2023 would be “particularly negative” because it would limit the department’s ability to mitigate inflationary pressures.

Those warnings, however, haven’t stopped Congress from passing at least one CR every year since 1997. In fiscal 2022, a full budget wasn’t passed until March, more than five months into the fiscal year.

Austin referenced that pattern while pointing to the threat posed by China, the top priority identified in the recently updated National Defense Strategy.

“We can’t outcompete China with our hands tied behind our back three, four, five or six months of every fiscal year,” Austin wrote.

For what it is worth, Congressional leaders still say they want to pass a full spending bill before 2023 starts and a new Congress begins Jan. 3.

“[Senate Appropriations Committee chair Sen. Patrick Leahy] is determined to produce a twelve-bill omnibus with Ukraine and disaster funding before the end of this Congress,” a Senate Appropriations Committee spokesperson told Air & Space Forces Magazine in a statement. “At a time when inflation is impacting every American family and our national security, a CR is simply unacceptable.”

Time, however, is running short, and other pieces of legislation may take up time before. One such bill is the 2023 National Defense Authorization Act—leaders still hope to debate and pass the annual policy bill in early December.