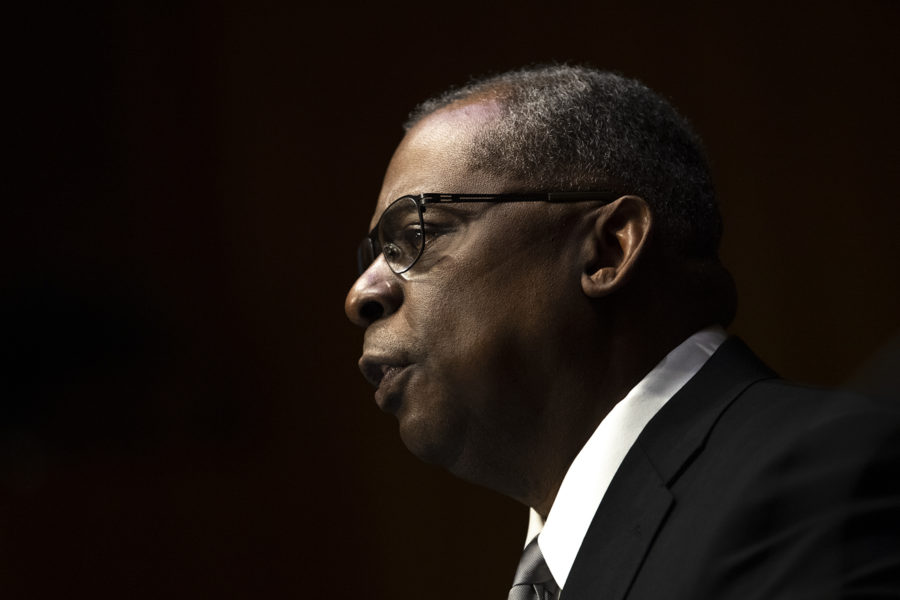 The Pentagon continues a “relentless focus” on counterterrorism, as evidenced by recent successful operations against al-Qaida and ISIS, even as the nation continues to debate the cost and meaning of America’s longest war, Defense Secretary Lloyd J. Austin III said on the first anniversary of the end of the U.S. military presence in Afghanistan.

In an Aug. 30 “Message to the Force,” marking a year since what Austin called “the conclusion of the Afghanistan War,” he noted that since 2001, “no enemy has been able to launch an attack on our homeland … from Afghanistan or anywhere around the globe.” He chalked this success up to the efforts of not only the U.S. military but “the entire U.S. government’s efforts to defend our citizens.”

The war was necessary out of self-defense, Austin insisted, saying al-Qaida was able to “plan and execute … the horrific” 9/11 attacks on the World Trade Center and the Pentagon “because the Taliban had given them safe haven in Afghanistan.” The U.S. presence there over 20 years—and the sacrifice of “2,461 brave heroes [who] never made it home,” as well as all those wounded “in body and soul”—kept the nation safe, Austin said. The fallen and the veterans alike performed “noble service” to the nation and the world, he said, voicing his “profound gratitude” for their sacrifices.

“We know this work is not done,” he asserted, pledging to continue the pursuit of terrorists and noting recent success in delivering “justice to Ayman al-Zawahiri, the leader of al-Qaida and Osama bin Laden’s deputy at the time of the 9/11 attacks,” who was killed by a U.S. drone strike in Kabul, Afghanistan, on Aug. 1.

Austin also noted that “in recent months, our military has successfully carried out operations against key ISIS leaders.” He added that this effort requires “more than military might” and again emphasized the “whole-of-government effort to address the root causes of violent extremism.”

He added that “no one should doubt America’s resolve to keep our people safe.”

Austin’s new National Defense Strategy does not put counterterrorism front and center of the U.S. military’s efforts, though, as it rather echoes the previous NDS that re-oriented America’s military focus toward peer-adversary competition, with counter-extremism as a lesser-included case. In its departure, the U.S. said it would continue to monitor Afghanistan from “over the horizon,” without explaining in detail what that meant, but suggested that the U.S. would intervene or carry out strikes there as necessary to keep terrorism in check. The Taliban, which returned to power a year ago, pledged to deny terrorism a home in Afghanistan, but al-Zawahiri’s open presence in Kabul, where he was killed by a U.S. drone strike, illustrated that it is not living up to its word.

Austin thanked the parents and families of the fallen in the Afghan war, saying “to our Gold Star families: We hold your loved ones in our hearts, and we pledge to you the unwavering commitment of a grateful nation.”

In an Aug. 26 message, Austin marked the anniversary of the terror bombing in the midst of the evacuation of Kabul that killed 13 American servicemembers and 170 Afghans waiting to leave the country.

“The heroes we lost that day gave their lives to defend their teammates and to help save the lives of tens of thousands of innocent Afghan people who sought freedom and the opportunity for a better life,” Austin said in the earlier message. In the Aug. 30 missive, he noted that the U.S., along with its partners and allies, “in the war’s final days … conducted the largest air evacuation of civilians in American history, lifting more than 124,000 people to safety.”

Austin voiced pride that so many “military communities—and Americans from all walks of life—have welcomed our Afghan allies as they begin new lives in our country.”

The strength of American democracy can be seen in “the fact that millions of people freely choose, every day, to defend it,” Austin said, adding that those who “step up to serve” in uniform or as civilians do so because they believe in “the rule of law, human dignity, and freedom.” Commitment to these values drives “the important work that American patriots are doing around the world,” such as rushing supplies and assistance to Ukraine “in the face of Russia’s unprovoked and reckless invasion.” The U.S. is “firmly committed” to fighting for “the rules-based international order against autocrats and aggressors everywhere.”

However, Austin acknowledged that after “two decades of combat in Afghanistan … many people have hard questions about the costs of the war and what their sacrifices meant. These are important discussions, and I hope we will keep having them with thoughtfulness and respect.” But he pledged that “our gratitude to those who served” will never end and “this country will never forget what you did and what you gave.”

Biden Signs PACT Act to Expand VA Coverage for Toxic Exposure, but Some Are Left Out

After years of wrangling in Congress and more than a dozen failed bills, President Joe Biden signed the largest expansion of Veterans Affairs health care in 30 years, adding more than 5 million eligible veterans but leaving some waiting up to 10 years for phase-in periods or without coverage for…