As Manas Winds Down, Romania Steps Up 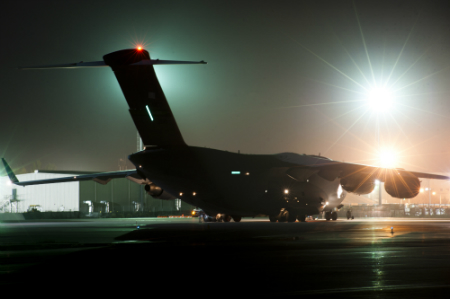 The US military has begun the process of relocating from the Transit Center at Manas, Kyrgyzstan, and plans to complete the transfer of Manas back to the Kyrgyz government by July 2014 when the lease agreement for use of facilities there expires, announced the Defense Department. The United States “respects the decision” of the Kyrgyz government “to end hosting the TCM after more than 12 years,” states DOD’s Oct. 18 release. The handover of Manas—which has been an important air mobility hub for the movement of US military personnel and equipment into and out of Afghanistan—is scheduled to be completed a half year before the pullout of US combat forces from Afghanistan is done. To compensate for that loss, Romania has stepped up. Defense Secretary Chuck Hagel and Romania’s defense minister Mircea Dusa on Oct. 18 finalized an agreement in Washington, D.C., under which Romania will support that flow of US forces, according to a separate statement. Over the past few years, the US military has been testing the feasibility of using Mihail Kogalniceanu Air Base in southeastern Romania near the Black Sea as a hub for that purpose. (See Agence France Press report.) (See also Afghanistan in Retrograde from Air Force Magazine’s September issue.)