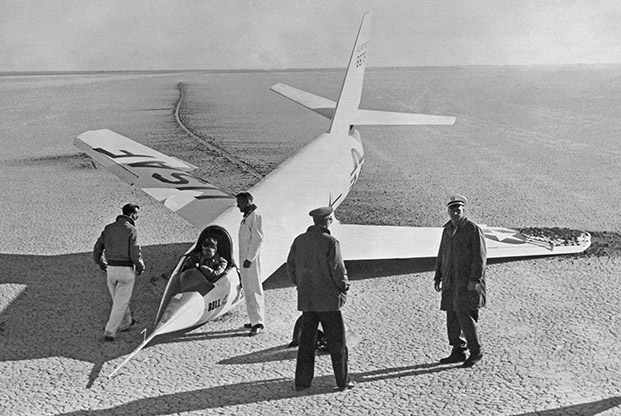 Bell Aircraft test pilot Jean Ziegler in the cockpit of rocket-powered X-2 No. 2 after a hard landing. The X-plane business has yielded groundbreaking information with nearly every new aircraft, but the price has sometimes been quite high: Ziegler was killed when this aircraft exploded during a later captive flight. EB-50 crew member Frank Wolko was also killed in the accident. Photo: NASA

The term “X-plane” has been practically synonymous with cutting-edge aeronautical research since 1945. In that year, the Army teamed up with the National Advisory Committee for Aeronautics (NACA) to award Bell Aircraft Co. a contract to fabricate three aircraft. They were not to be prototypes of combat airplanes, but pure research craft, specifically designed to investigate flight faster than the speed of sound.

Designated XS-1 (for experimental, supersonic, and later simply X-1), these rocket-powered aircraft were the first to fly beyond Mach 1. Then-Capt. Chuck Yeager made the first supersonic flight on Oct. 14, 1947, just a couple of weeks after the Air Force became an independent military service.

The X-1 was closely followed by a wide variety of research craft that have become known as the X-planes. Not all of them were airplanes; some were missiles, some were hybrid air vehicles meant to fly both in air and space, some have been rotorcraft, and some uninhabited air vehicles. Sometimes a particular military service pursued these vehicles; sometimes in partnership with other services, or with NASA (the successor to NACA), and various incarnations of the Defense Advanced Research Projects Agency (DARPA).

You can read this story in our print issue:

While the initial aircraft in the X series focused on flying higher and faster, there soon followed craft that explored particular refinements of flight. These included airplanes with swept, forward-swept, and variable-sweep wings; airplanes with different-shaped wings or unusual control surfaces; new geometry for air inlets, aircraft with wings of different camber, or to explore laminar flow, shifting shock waves, or computer-aided flight controls. The purpose of these programs was to develop basic technologies that could make US aircraft—mainly military, some civil—more efficient, maneuverable, or otherwise more capable. A number explored a variety of approaches to vertical flight, and there were also gliders and craft that investigated technologies applicable to potential future spacecraft. One was to be nuclear powered. Some were secret, and many never even reached the hardware stage.

While some X-planes that explored rather esoteric technologies are practically unknown even to aviation fans, others have become part of the national consciousness.

Yeager’s X-1 flight made magazine covers months after the fact and was immortalized in the 1980 film, “The Right Stuff.”

The North American X-15 rocket plane competed with NASA’s Mercury program and made astronauts of a number of test pilots who flew to the edge of space, broke speed and altitude records for winged flight, and returned to a controlled landing on a runway. 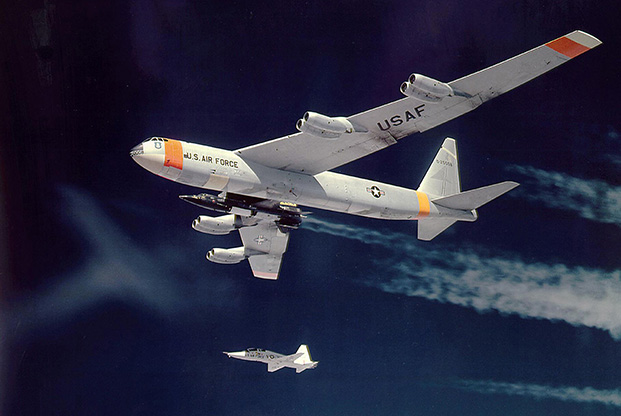 Carried aboard the NB-52B mother ship, an X-15 is lofted to altitude before release. Captive carry was employed with a number of X-planes to save the fuel needed for ascent and extend flight time in the regimes being explored. A T-38 chase plane flies alongside. The “white stripes” beneath the X-15 are actually frozen condensation from liquid oxygen within. Photo: San Diego Air and Space Museum

The Boeing X-20 “Dyna-Soar” was the first attempt to develop a space shuttle-like capability (it was never flown, eclipsed by the Mercury program).

President Ronald Reagan featured the Rockwell X-30 National Aero-Space Plane program in his 1986 State of the Union address. The mention was meant to reassure America that US leadership in space would continue, coming only a week after the Challenger space shuttle disaster. Unfortunately, the planned single-stage-to-orbit craft, which Reagan dubbed the “Orient Express,” struggled because of immature technologies. It was canceled before flight hardware was built.

Boeing and Lockheed Martin, with the X-32 and X-35, respectively, vied to build the Joint Strike Fighter. Though fighter prototypes usually receive a YF nomenclature, the two airplanes earned their X designations by virtue of being the first jet-powered aircraft to take off conventionally, fly supersonic, and land vertically. Lockheed Martin won the competition, and its F-35 fighters are now equipping the US Air Force, Navy, Marine Corps, and other countries’ militaries. 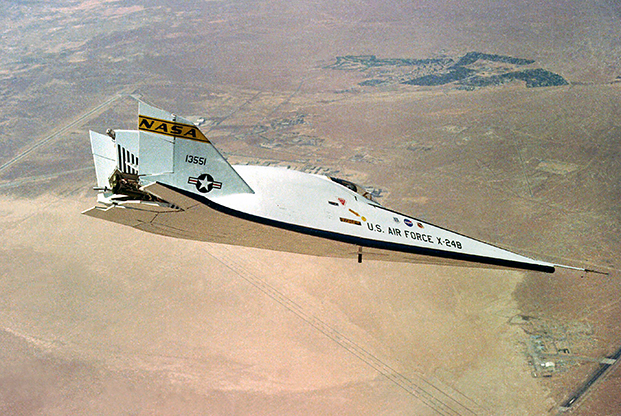 The Martin Marietta X-24B was rebuilt from the “A” model to better define glide performance. Photo: NASA

The X-51 Waverider—a small unmanned vehicle that achieved 200 seconds of hypersonic speed—proved scramjet technologies were viable and paved the way for future US hypersonic efforts.

Not all experimental aircraft were labeled X-planes. The Air Force flew a large number of secret aircraft designed to test breakthrough military technologies. The Have Blue stealth demonstrator, for example, led to the F-117 Nighthawk attack aircraft. Other platforms that broke speed or altitude records bore different nomenclature, such as the Lockheed NF-104, adapted from surplus F-104Cs in the 1960s to train pilots for the presumed coming age of flight in both air and space. 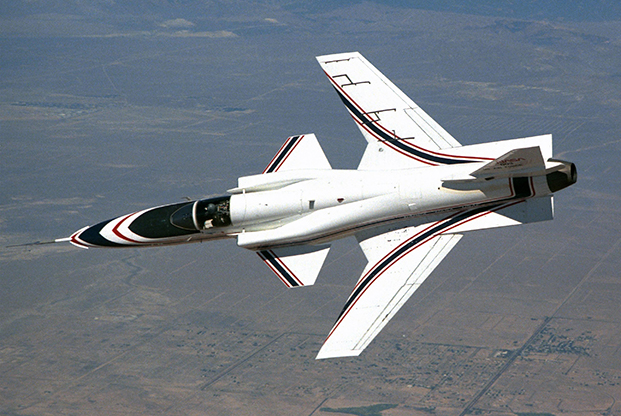 Grumman’s X-29 was a Northrop F-5 rebuilt with forward-swept wings and a canard to assess the agility enhancements possible with this configuration. Though highly unstable and utterly dependent on computers, both X-29s completed their program without mishap. Photo: NASA

The X-plane program has had its ups and downs, sometimes going years between new experiments, while at other times many were underway at once. The latest potential X-plane is being pursued by Lockheed Martin, with its Quiet Supersonic Technology aircraft. The aircraft is designed to muffle the hard sonic booms that accompany supersonic flight, often breaking windows and frightening animals. The new jet could make it feasible to develop supersonic aircraft that could fly over inhabited areas, potentially ushering in a whole new era of high-speed commercial flight. It has not yet been awarded an X designation. 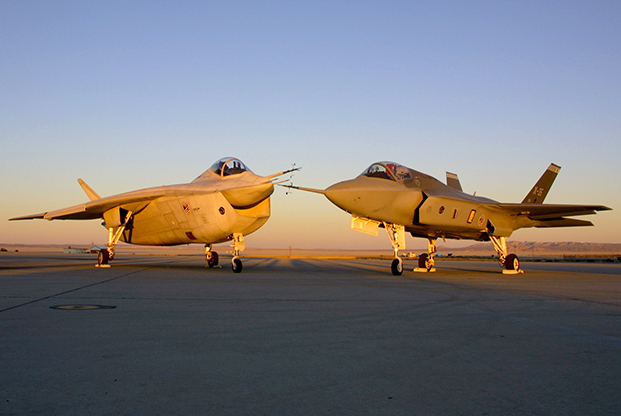