Outstanding Airmen of the Year 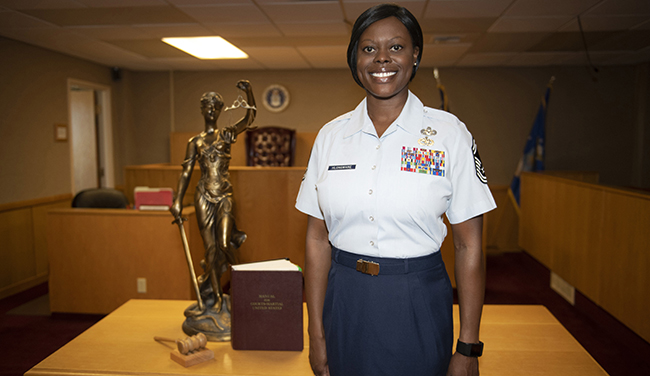 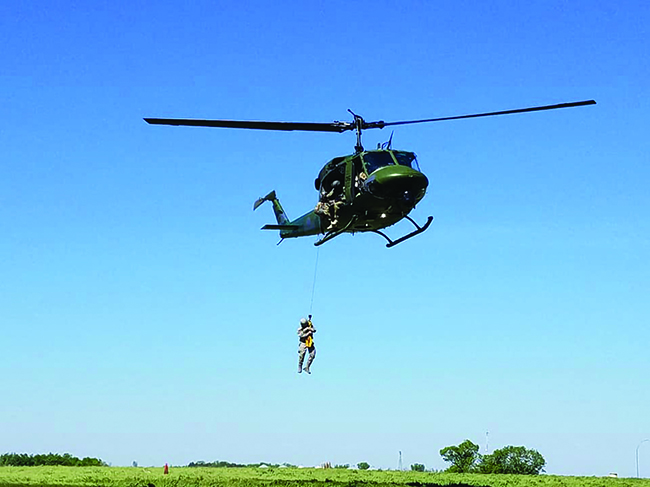 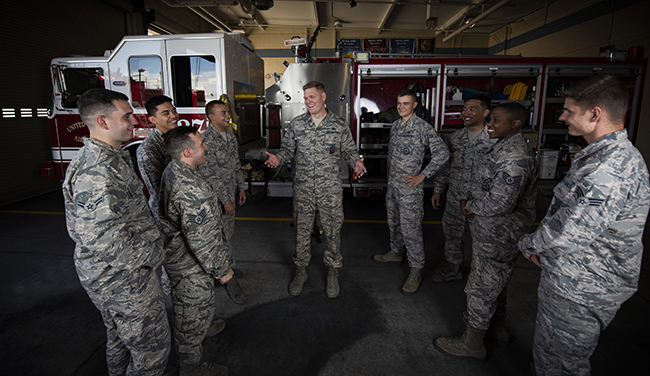 Senior Master Sergeant Kehl led 124 firefighters at the busiest airfield in the command, providing command and control capabilities for 1,400 emergencies. While leading the best training program in the wing, he secured 624 manpower days to support America’s largest multination exercises. As the Air Force’s Innovator of the Year, he built a standardized business platform to conduct all daily fire operations at 47 bases, eliminating 80 percent rework and setting the stage for the first-ever fire department vehicle standardization project. He pioneered an expeditionary tasking aid, syncing available posturing to 99 multinational personnel at three areas of responsibility in support of 1,200 combat sorties. Simultaneously, he finished his master’s degree in organizational leadership and published a 287-page book on enlisted force growth. 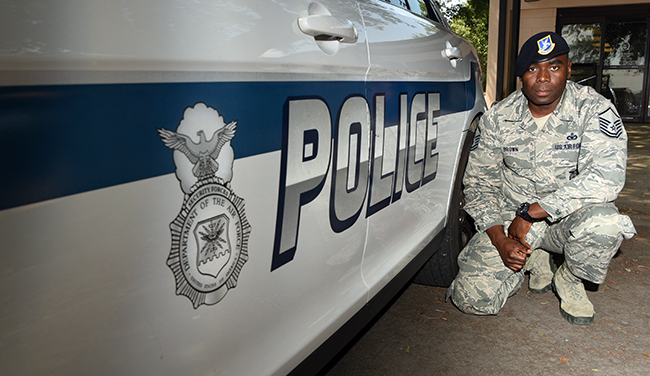 Master Sergeant Brown directs 25 military and civilian personnel in developing and maintaining security plans for the protection of $18.7 billion in assets and 24,000 personnel. His expertise in law enforcement and security proved evident in his leadership of 85 personnel during 64 patrol responses that netted 32 criminals. While deployed as a combat arms program manager, he streamlined the movement of 1,500 weapons in 48 hours, aiding the success of the North Atlantic Treaty Organization airstrikes against Syria. A true wingman, Sergeant Brown sustained injuries during a vehicle rollover where he quickly reacted to save the lives of six other airmen. Finally, Sergeant Brown mentored 420 airmen during three TED talks, cultivating an environment of ownership versus rentership. 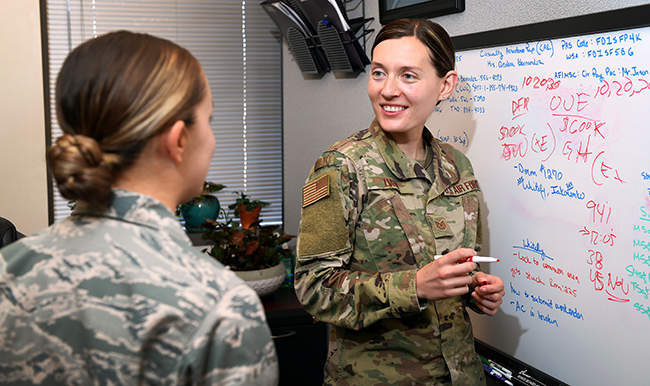 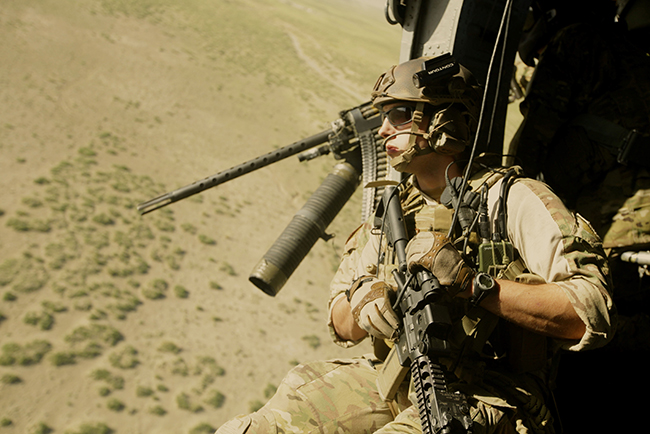 Technical Sergeant O’Brien seamlessly embedded with the Secret Service and Joint Special Operations Forces as part of a President of the United States protection team, ensuring safety and security during the first United States and North Korean negotiation summit in history. While on temporary duty, he charged into a burning vehicle in South Korea where he extracted an injured civilian and successfully performed life-saving procedures. Additionally, he played an instrumental role in the Thailand cave rescue mission. He was essential in creating the rescue plan, which placed himself as the furthest American inside the cave. During the mission, he also led the effort to retrieve and successfully resuscitate a Thai navy SEAL. His team’s heroic efforts led to the rescue of 13 Thai civilians. 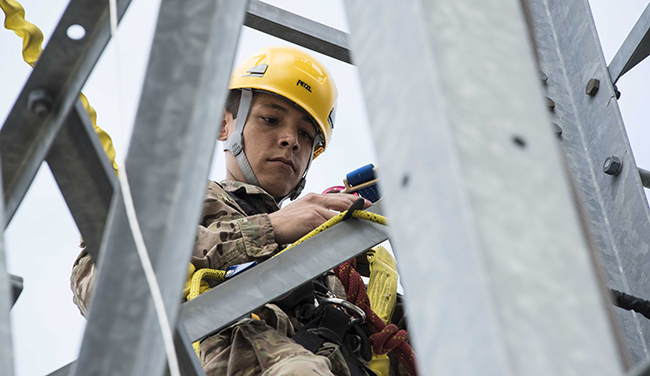 Technical Sergeant Merrylees’ innovations saved the 166th Airlift over 1,000 man hours, regaining over 550 training hours. His efforts in the quality assurance program automated processes and eliminated redundancies, increasing evaluation output by 200 percent and overcoming a major unit effectiveness inspection deficiency. As the unit training manager, he created a new workflow and developed a database system which led to a 70 percent drop in overdue training. Sergeant Merrylees crafted a vital analysis tool that captures major wing-level deficiency trends and armed leadership with key metrics to enable critical decision-making capabilities. He is a multiyear audio and visual coordinator for the Special Olympics Delaware, and volunteers monthly to support technical requirements for children with psychiatric needs.

Staff Sergeant Frederick qualified as the second Reservist to certify as an orbital analyst in support of the $7.5 billion Global Positioning System 35-satellite constellation. Additionally, she participated in a three-day exercise and developed a 240-step procedure for the first-ever Block IIR satellite disposal. She advised a 70-member contractor team in the validation of launch and early orbit processes and identified and corrected severe training deficiencies prior to the first GPS Block-3 launch. These efforts led to 235 critiques for the next-generation technical order, driving over 200 modifications and three major risks associated with the command and control system, which culminated in the redesign of its maneuver planning interface. 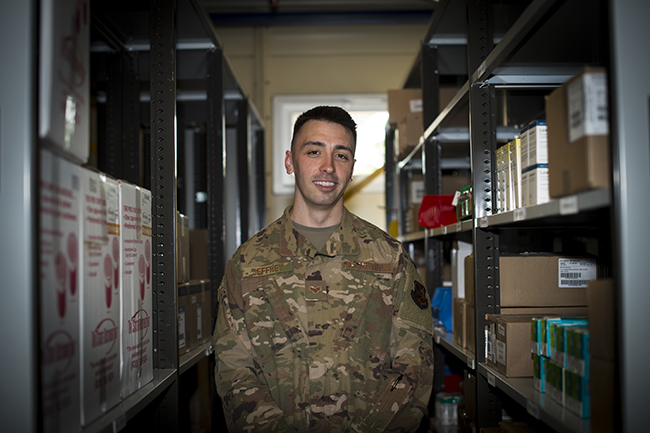 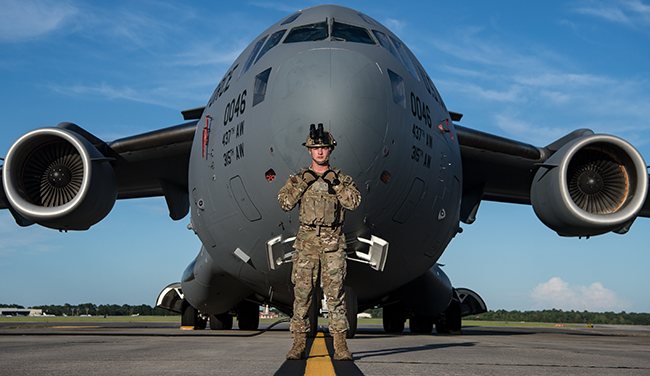 Staff Sergeant Stuebbe was a critical member of the crew that enabled Special Operations Task Forces to conduct raids against high-value targets during Operation Freedom’s Sentinel. He flew 35 combat missions totaling 133 hours, and transferred 283,000 pounds of fuel that were vital to the mission. Additionally, he expedited emergency repairs on Air Force Special Operations Command equipment valued at $500,000, enabling joint force teams to be mission ready in under 12 hours. He also led a presidential-approved operation, refueling 28 aircraft, ensuring mission success. Finally, while deployed, he completed 18 credit hours toward his bachelor’s degree, helped wounded warriors as a volunteer in the hospital’s critical care section, and organized USO events for 19,000 personnel. 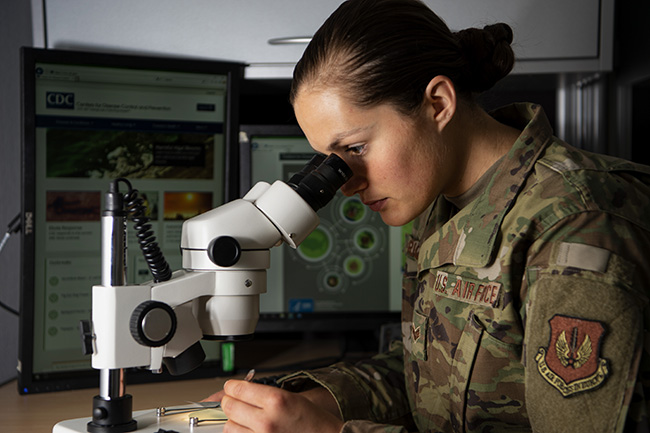 Senior Airman Richmond managed the preventative health assessment program for 21 units, reviewing 1,800 medical records, validating 21,600 requirements. Her efforts led to a 99.4 percent compliance rate, culminating in the 52nd Medical Group earning the No. 1 rating in the command. Additionally, as the group’s liaison for Trident Juncture, she readied 321 members and validated 4,000 individual medical requirements enabling 209 joint sorties, vital to the execution of the US and NATO’s largest exercise since the Cold War. Furthermore, Airman Richmond completed a food vulnerability assessment, evaluating 360 security items, identifying five concerns, safeguarding a $65 million food supply. Finally, she completed 30 credit hours, and upheld a 4.0 GPA, making the Dean’s List and earning her Community College of the Air Force degree. 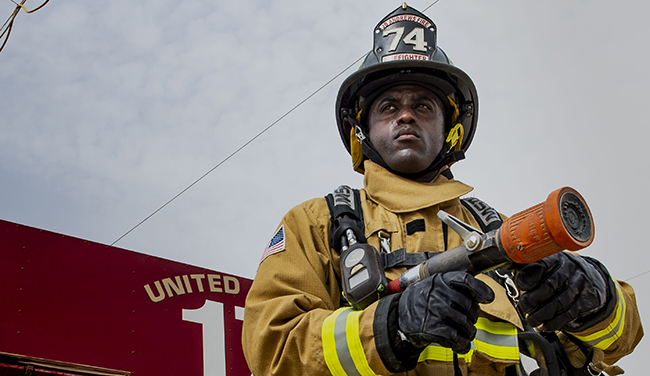 Senior Airman Starks is a driver and operator for JB Andrews’ Fire & Emergency Services, where he is the lead trainer for 25 assigned shift personnel. An expert at his craft, he responded to 11 motor vehicle accidents, seven suspicious package emergencies and four fires, safeguarding 16,000 personnel. As a staff assistant, he scrutinized 53 training records and corrected 231 errors, realigning the flight within Air Force Instruction and validating the department’s 2018 accreditation selection. Airman Starks received the first-ever Military Honeywell Scholarship from the International Association of Fire Chiefs, which showcased firefighter training across the enterprise. He completed his master’s degree in public administration with a 3.9 GPA and authored two books on investing and finance.