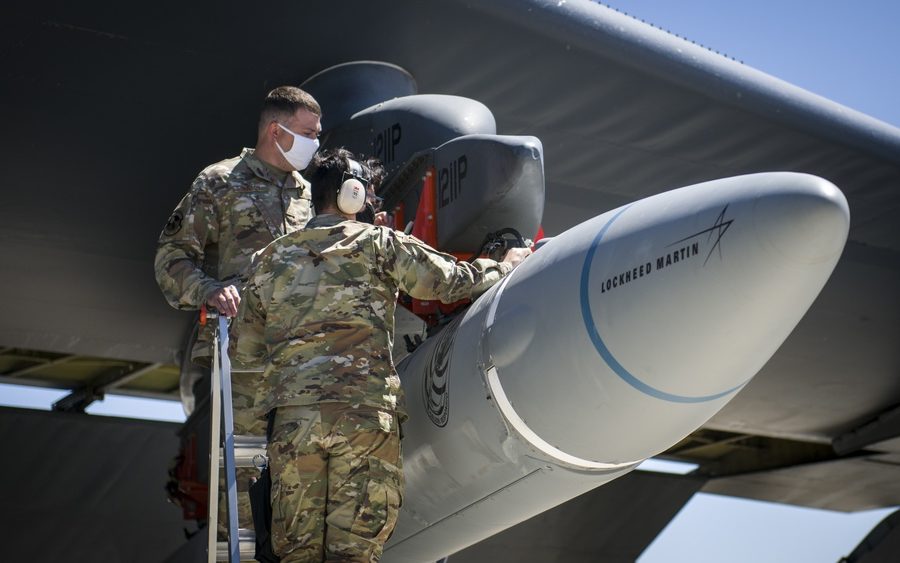 The Air Force conducted its first successful test of the Air-launched Rapid Response Weapon, or ARRW, on May 14, snapping a streak of three consecutive failed tests and giving the beleaguered hypersonics program a much needed boost.

Off the coast of Southern California, the AGM-183A ARRW separated from the wing of a B-52H Stratofortress, according to an Air Force release, then its booster ignited and burned for an “expected duration,” flying at hypersonic speeds—at least five times the speed of sound.

“The test team made sure we executed this test flawlessly,” Lt. Col. Michael Jungquist, 419th FLTS commander and GPB CTF director, said in a statement. “Our highly-skilled team made history on this first air-launched hypersonic weapon. We’re doing everything we can to get this game-changing weapon to the warfighter as soon as possible.”

ARRW’s success comes after more than a year of setbacks for the program. The missile failed three booster flight tests in 2021—failing to leave the pylon in April, separating but failing to fire its booster in July, and once again not separating from the plane in December. That led the Air Force to strip funds for procurement of the missile from its 2022 and 2023 budget requests.

And while officials maintained that they were committed to the program in the short-term, they left its future open-ended.

“[We’re] not walking away. It’s funded in FY 23,” Maj. Gen. James D. Peccia III, deputy assistant secretary for budget, told reporters during the 2023 budget rollout, referring to research funds. “And then we’ll make an assessment after that.”

The two systems have fundamental differences. ARRW is a boost-glide weapon that is fired into the atmosphere and uses the energy from its rocket to fly toward its target, while HACM uses air-breathing engine technology for propulsion.

​​”This was a major accomplishment by the ARRW team, for the weapons enterprise, and our Air Force,” Collins said. “The team’s tenacity, expertise, and commitment were key in overcoming the past year’s challenges to get us to the recent success. We are ready to build on what we’ve learned and continue moving hypersonics forward.”