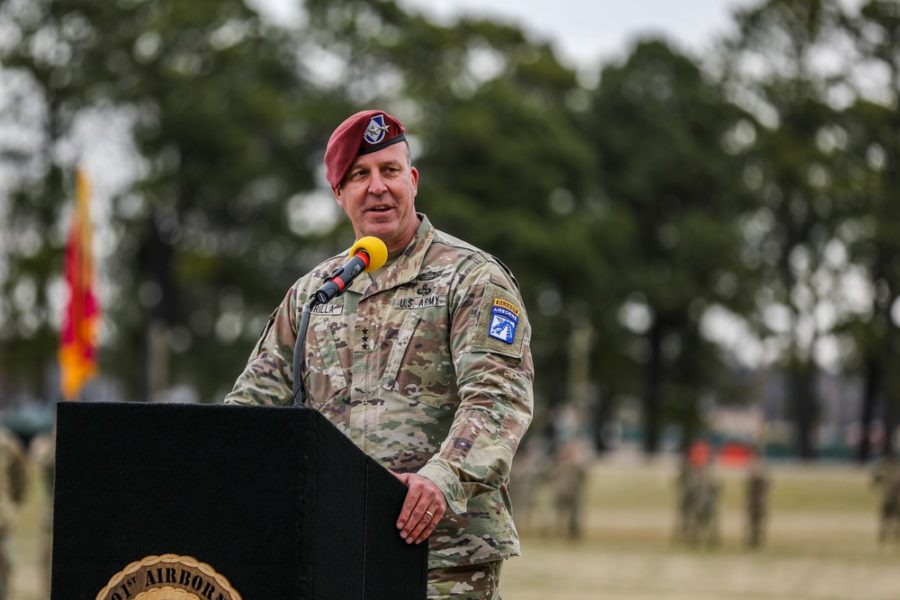 The next leader of U.S. Central Command has reportedly been identified. Army Lt. Gen. Michael “Erik” Kurilla has been nominated for a fourth star by President Joe Biden, according to Congressional records.

And while the Senate Armed Services Committee record specifies only that Kurilla will be “assigned to a position of importance and responsibility,” reports from the Wall Street Journal and The Associated Press indicate he will take over as commander of CENTCOM if confirmed.

Kurilla currently serves as commander of the 18th Airborne Corps at Fort Bragg, N.C.—the Corps deployed thousands of Soldiers to Afghanistan this past summer as part of the evacuation process.

Prior to that, Kurilla worked as chief of staff for Central Command. He also spent every year from 2004 to 2014 in the CENTCOM area of responsibility, commanding forces in Iraq and Afghanistan, according to his official bio. In 2005, Kurilla, then a lieutenant colonel, was wounded in Iraq during a firefight.

Kurilla’s nomination comes as current CENTCOM commander Marine Corps Gen. Kenneth F. McKenzie Jr. is set to retire in the coming months. McKenzie’s tenure began in March 2019. He oversaw the withdrawal of troops from Afghanistan after 20 years of war, culminating in the August evacuation that ended with 13 service members dying from an ISIS suicide bomb attack.

McKenzie also later acknowledged that a U.S. drone strike during the withdrawal mistakenly killed 10 innocent civilians. He, along with Defense Secretary Lloyd J. Austin III and Chairman of the Joint Chiefs of Staff Army Gen. Mark A. Milley, faced a bipartisan grilling on Capitol Hill in the aftermath of the withdrawal.

Kurilla is likely to face plenty of tough questions in his own nomination hearing, as he is poised to take over a combatant command facing an inflection point.

Pentagon leaders have increasingly emphasized competition with China and Russia as the major challenges facing the U.S. in the years ahead, as the American troop presence in the Middle East continues to shrink. At the same time, though, officials have said the military’s task of countering terror threats from the region is far from finished. In recent days, CENTCOM has had to repel drone strikes and destroy a rocket site, presumably belonging to Iranian-backed militias.

With a reduced troop presence, officials have said they plan to rely on “over the horizon” capabilities to monitor terror threats. For places such as Afghanistan in Central Asia, the closest base from which the U.S. can conduct ISR operations is Al Udeid Air Base in Qatar, hundreds of miles away. There have been reports that the Pentagon is working to secure basing rights in other nearby countries, but thus far, no agreement has been announced.