According to one Air National Guard official, the change last fall that put all airfield operations officer training with the Air Guard has produced “a successful partnership.” Scott Duke, chief of National Guard Air Traffic Services, said the two-year program “incorporates our lessons learned from airmen in the war zones” and has benefited significantly from the Air Guard’s experienced ATC airmen. “Those folks are … ensuring there’s quality training, which is producing quality airfield operations officers,” added Duke. Active duty officers train in any of 10 ANG air traffic control squadrons, with the first graduates already taking to the field. The Air Force maintains a total of some 300 ATC officers within the Total Force. As part of its training regimen, the Air Guard recently added a 90-day deployment for contingency operations to provide actual experience in a combat environment. (National Guard Bureau report by MSgt. Mike Smith) 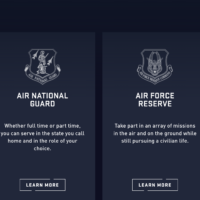