A New CAPE Cost Estimate for the F-35 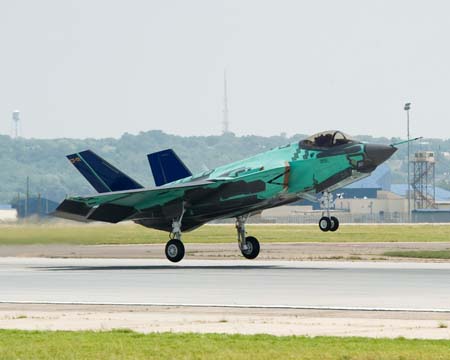 to a new cost-estimating model, the Pentagon’s Cost Assessment and Program Evaluation office’s numbers on the F-35 strike fighter are “a lot closer” to Lockheed Martin’s own internal estimates than ever before, says Dan Crowley, chief operating officer of the company’s aeronautics unit. Crowley told the Daily Report that the CAPE developed a new cost model to use in the recently concluded negotiations for the F-35 Lot 4 production contract that took into account items that the company has been asking them to consider for years. Among them were the multinational complexity the program, “should cost” agreements with vendors, and the economies of scale, said Crowley. And surprise: the CAPE’s numbers are now more in line with Lockheed’s. While there’s still some daylight between the two estimates on both the Marine Corps F-35B and Navy F-35C versions, the CAPE numbers for the Air Force’s F-35A variant “met” Lockheed’s own, said Crowley. “Too bad this had to come after the Nunn-McCurdy” breach earlier this year, Crowley said. The CAPE previously based its estimates on the assumption that the F-35 program would play out just like all previous fighter projects. Crowley thinks the government and Lockheed both seem satisfied with the Lot 4 numbers, which should be made public soon.