Skip to content
The C-40 B/C provides safe, comfortable and reliable transportation for U.S. leaders to locations around the world. The C-40B's primary customers are the combatant commanders and C-40C customers include members of the Cabinet and Congress. The aircraft also perform other operational support missions. USAF courtesy photo.
Expand Photo 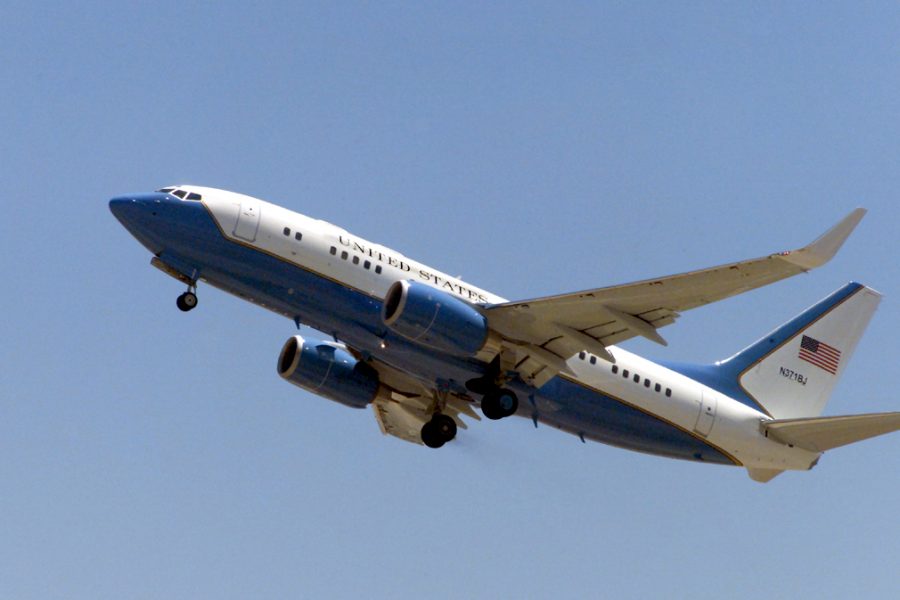 Acting Air Force Secretary John P. Roth and USAF Chief of Staff Gen. Charles Q. Brown Jr. ordered the Air Force Inspector General to conduct a “comprehensive review of installation security and trends” following the Feb. 4 breach at Joint Base Andrews, Md., in which an unarmed civilian man made his way onto a C-40B aircraft before being apprehended, the department said in a statement.

“We are still gathering information and facts, but we can assure you, installation security is of critical importance to the Department of the Air Force,” according to the statement.

The review will cover Air and Space Force installations across the globe, Pentagon Press Secretary John Kirby noted during a Feb. 5 press briefing. It is the second deep-dive into USAF base security practices since 2017.

The Air Force leaders have also ordered the IG to investigate the breach itself.

John Kirby said the Feb. 4 incident, which 316th Wing Vice Commander Col. Roy Oberhaus called “a serious breach of security,” has led Andrews to adjust “some of their security protocols,” though he declined to detail what those are.

Following the incident, however, Andrews announced it was temporarily suspending its Trusted Traveler Program, which allowed some visitors to gain access to the base without obtaining prior clearance, so long as they were escorted by an authorized individual and riding in the same vehicle with them when they reached the base.

According to a Feb. 5 Joint Base Andrews release obtained by Air Force Magazine, the intruder made it to the Andrews flight line and boarded a C-40B aircraft assigned to the 89th Airlift Wing before being apprehended and detained by base security forces. The C-40B serves as an airborne command center mostly for combatant commanders and other senior military leaders.

The intruder was interviewed by base defenders, with help from the Department of the Air Force Office of Special Investigations. OSI then booked the individual and issued him “a federal summons for trespassing,” according to the release.

“He was turned over to local law enforcement, given that he had two outstanding warrants,” the base wrote. “The man was unarmed and did not harm any personnel, and there is no indication that the individual has any links to extremist groups.”

OSI didn’t respond to a query from Air Force Magazine by press time.

The Andrews breach follows a Jan. 23 incident at RAF Mildenhall, U.K., in which “a British national” made it onto base without permission, a 100th Air Refueling Wing spokesperson confirmed to Air Force Magazine on Feb. 7.

“No ill intent is suspected, and the individual was escorted off base without incident,” the spokesperson wrote.

While the spokesperson said “extra security measures” have been implemented to prevent a recurrence, they declined to provide details.

In 2017 another British man eluded security at RAF Mildenhall, England, drove onto the flight line, and rammed his car into an aircraft. At the time, the service launched the Reconstitute Defender Initiative, aimed at ensuring USAF security forces had the training and equipment necessary to do the job.

“A challenge was turned into an opportunity,” said then-Chief of Staff Gen. David L. Goldfein in a 2019 release. “We took a good, hard look at ourselves in the mirror and determined that we had gone for way too many years without investing in our elite defenders as a foundation of who we are as a globally-engaged service.”

As part of the initiative, USAF invested $180 million in new equipment for security forces, including new weapons and body armor specifically fitted for women. The review also resulted in 900 action items aimed at improving security following the 2017 breach. Lt. Gen. Warren D. Berry, deputy chief of staff for logistics, engineering, and force protection, said in a July 2020 AFA Mitchell Institute for Aerospace Studies event the service had recently completed the last of those action items.