Skip to content
Two KC-46 Pegasus tankers and a KC-135 Stratotanker taxi on the runway due to incoming severe weather at Altus Air Force Base, Oklahoma, May 4, 2022. Thirty-three total aircraft launched from the base, include 25 in a three-hour period on May 4, while 8 others took off the previous evening. U.S. Air Force photo by Senior Airman Kayla Christenson.
Expand Photo 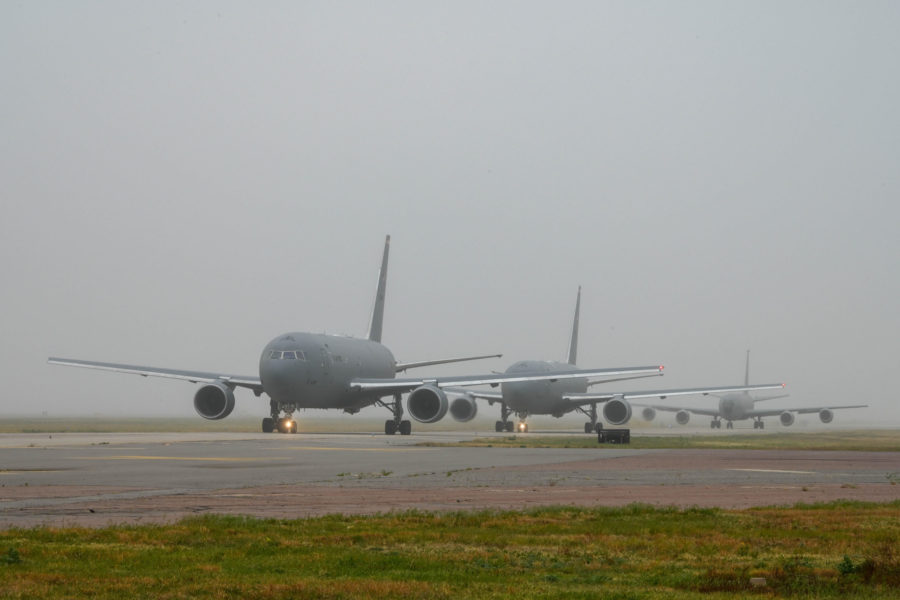 Altus Evacuates 33 Aircraft Ahead of Storms, But No Damage Sustained

Altus Air Force Base, Okla., evacuated 33 aircraft of the 97th Air Mobility Wing ahead of severe storms on May 3 and 4 and secured the remaining aircraft on base in hangars, but there was no damage and the full complement of aircraft had returned by May 5.

Due to operational security, the base could not say where its KC-135s, C-17s, and KC-46s were flown to, other than locations chosen “based on availability, proximity, and capability.” Those not evacuated or secured were already away at other locations.

There was no damage and no injury at the base during the harsh weather. Several bouts of severe weather—including thunderstorms producing large hailstones and tornadoes—moved across the south central part of the country over the last few days. Since Hurricane Michael destroyed Tyndall Air Force Base, Fla., in 2018—heavily damaging many aircraft, including F-22 fighters—the Air Force has increasingly opted to evacuate aircraft when severe weather threatens.