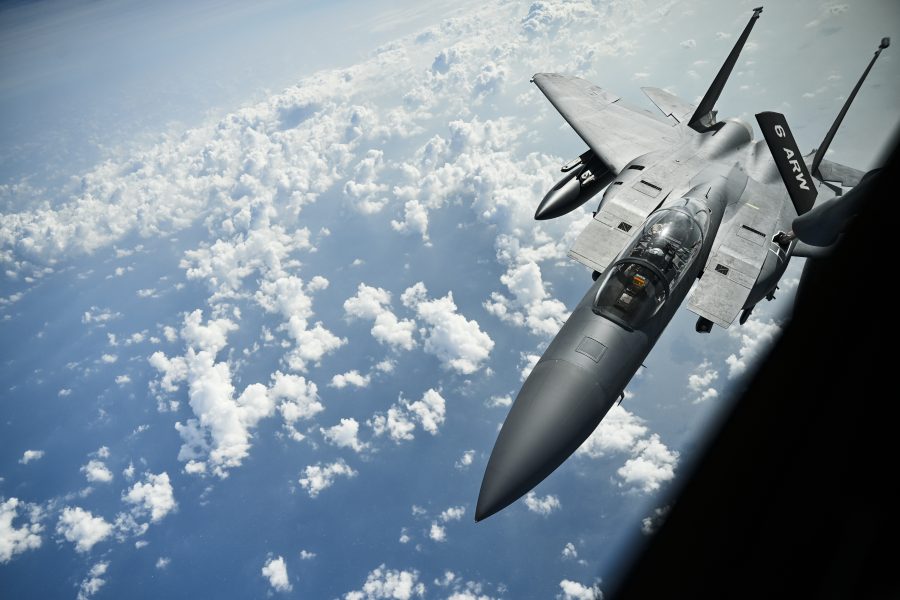 U.S. airstrikes in Afghanistan continued at a steady rate in February, despite reaching a tentative peace deal with the Taliban, as counter-terror operations targeted the Islamic State group’s Khorasan offshoot and al-Qaeda.

In February, U.S. manned and unmanned aircraft dropped 360 weapons—the lowest monthly total since the same month of 2019, but the second highest February on record since 2009. The total, down from January’s 415 tally, brings 2020’s total to 775 so far, according to Air Forces Central Command statistics released March 12.

So far this year, U.S. aircraft have airdropped 62,500 pounds of supplies, and flown 2,340 airlift and airdrop sorties—both at approximately the same rate as 2019.

Meanwhile, in Iraq and Syria, air operations have stayed relatively slow. In February, U.S. and coalition aircraft released 85 weapons, an increase of 17 from the previous month but far below February 2019’s tally of 607. Surveillance sorties have stayed steady in 2020, with 2,369 flown as of the end of February.

Operations in that theater have seen an uptick in recent weeks, however, with four U.S. service members killed and several airstrikes on Iranian-backed militias who have targeted Camp Taji, Iraq, with rockets. On March 14, two days after a major attack on the base killed two Americans and one coalition service member, 25 more rockets hit the base, wounding three coalition members and two Iraqi soldiers.