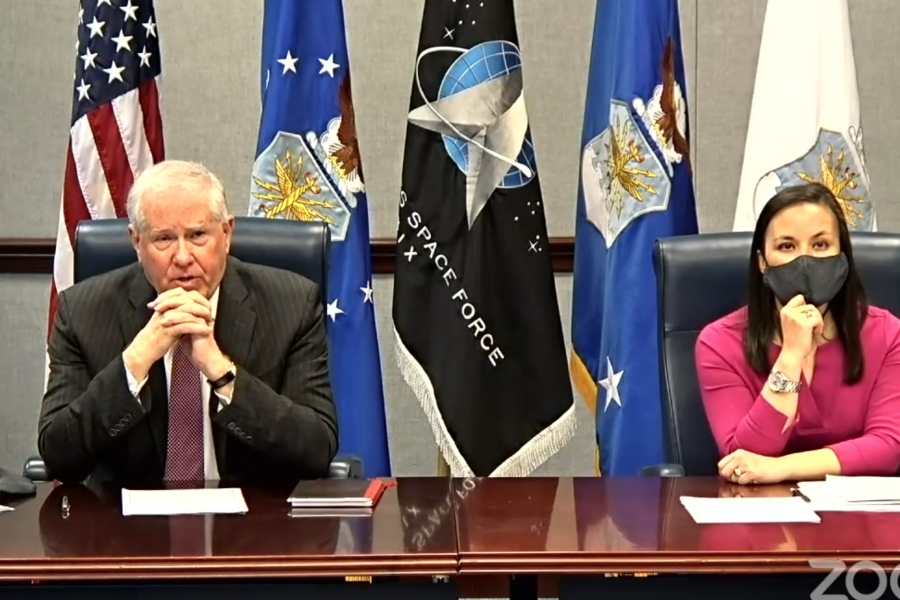 Will Airmen and Guardians who continue to refuse to receive the COVID-19 vaccine and don’t get an exemption from the rule be separated?

Kendall, addressing the question during a virtual town hall on Facebook, did not explicitly say that every single person who refuses the vaccine without an exemption will be separated. But he made it clear that DOD leadership doesn’t see how those who refuse the vaccine can continue to serve.

“The bottom line is that willfully disobeying a lawful order is incompatible with military service. And to get a vaccination is a lawful order,” said Kendall. “The Secretary of Defense put that order out. We’re implementing it in the Air Force. There isn’t any question about it being a lawful order. We have to do a lot of things to take care of the health of the force, and people have been required to get vaccinations for a number of things.”

The Department of the Air Force has yet to publicly lay out a standardized process for dealing with those who refuse the shot—a spokesperson told Air Force Magazine on Nov. 3 that ​​disciplinary action for disobeying a lawful order would be taken in accordance with the Uniform Code of Military Justice at the commander level using an escalatory approach.

Since then, the Navy and the Marine Corps have made it clear—Sailors and Marines who refuse to receive the COVID-19 vaccine will get the boot. Sailors have five days to start the vaccination process if their request for an exemption is denied, and Marines will start the separation process as soon as they are determined to have outright refused the vaccine.

As of Nov. 16, 1,067 Airmen and Guardians have formally refused the vaccine, while 4,817 have religious accommodation requests pending, 1,617 have received some form of exemption, and 2,184 are simply listed as having not started the vaccination process. All told, 97.3 percent of the Active-duty force is at least partially vaccinated.

Air Force policy requires the service to rule on religious exemption requests within 30 business days, a deadline the service may struggle to meet given the crush of waiver-seekers. Yet even if someone does receive an exemption, Kendall questioned whether the unvaccinated would be able to serve in the same way as those who do get the shot.

And for those who don’t get an exemption and still refuse, “there are going to be consequences for that,” Kendall said. “Ultimately it is incompatible with military service to disobey lawful orders. Every one of us, whether you’re an officer or enlisted person, takes an oath that says, ‘I will follow the lawful orders of those appointed over me.’ That’s universal, and so that I think that should give you the answer to the question.”