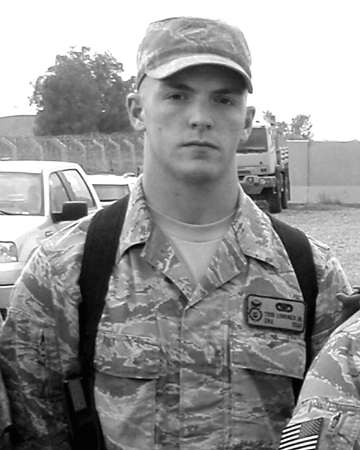 SSgt. Todd J. Lobraico Jr., 22, of New Fairfield, Conn., died on Sept. 5 from wounds sustained when enemy forces attacked his unit with small-arms fire near Bagram Airfield, Afghanistan, announced the Defense Department. He was assigned to the New York Air National Guard’s 105th Security Forces Squadron at Stewart ANG Base in Newburgh. Lobraico had deployed with members of his unit to Afghanistan at the end of June, according to the New York State Division of Military and Naval Affairs’ release. “The New York National Guard family extends our deepest sympathy to [Lobraico’s] family and friends,” said Army Maj. Gen. Patrick Murphy, New York’s adjutant general. “This fine, young airman had already served in a combat zone once before and knew the risks he was facing. Despite that, he did his job professionally and with courage. He will be missed by all who served with him and knew him,” said Murphy. Lobraico enlisted in the 105th Airlift Wing as a security forces apprentice in June 2008. He is the first member of the New York Air Guard to die in a combat zone since the 9/11 terrorist attacks, according to the release.