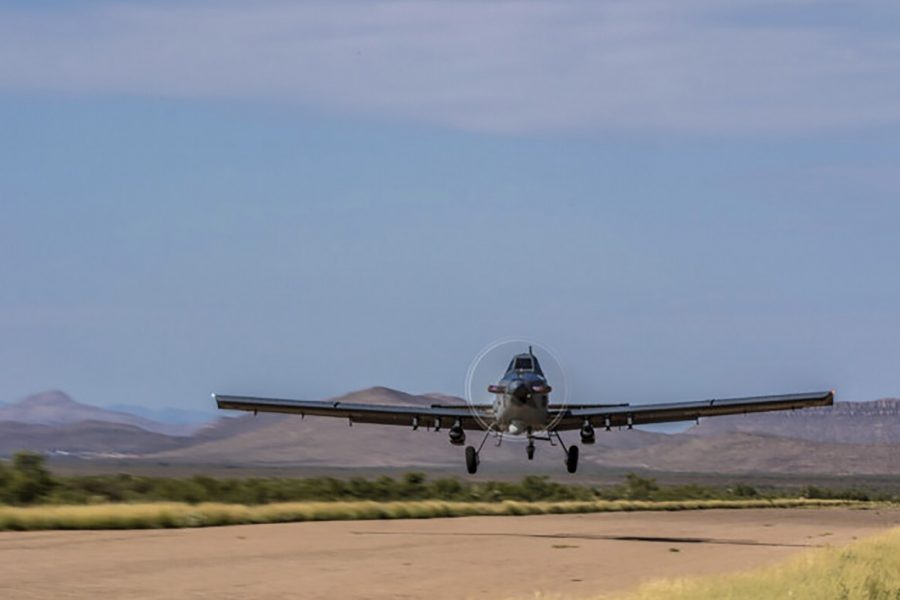 Air Tractor Wants Another Shot at a Light Attack Contract

Air Tractor is again protesting the Air Force’s effort to buy light attack aircraft, this time pushing back against the service’s decision to purchase a small number of Textron Aviation’s AT-6 Wolverine for work with a prototype radio system.

The company argues the Air Force “improperly used its Other Transaction Authority to make a sole-source award for [the] AT-6,” a source familiar with the case told Air Force Magazine. “Air Tractor argues that it could provide these aircraft, and that the Air Force should hold a competition and allow Air Tractor to compete.”

The Air Force is buying the AT-6 to continue testing it with AEROnet, an experimental air-to-air and air-to-ground radio system that would let the US military and its allies and partners share video, voice, and chat communications as well as command-and-control information, Air Force Magazine previously reported. If the Government Accountability Office sides with Air Tractor, it could mean the company would get to work with AEROnet as well.

“At issue is the sole-source nature of the award,” Air Tractor said in an emailed statement. “While the development of an exportable datalink architecture like AEROnet is certain to enhance the combat capability of our allied nations, Air Tractor submits that other aircraft warrant consideration for this project.”

“Air Tractor, Inc. remains committed to supporting the USAF and our allied partner nations,” the statement added. “We view ourselves as [a] reliable industry partner and intend to continue fostering that relationship.”

Textron and the Air Force declined to discuss the protest, though Air Force Materiel Command boss Gen. Arnold Bunch acknowledged it at a Nov. 21 media breakfast and noted Air Tractor’s AT-802L didn’t have ejection seats, according to Breaking Defense.

“Textron Aviation Defense looks forward to fulfilling the light attack aircraft needs of our nation and its allies,” a Textron spokeswoman added in an email. “We maintain open lines of communications with US officials regarding future experimentation and acquisition decisions, activities, and timelines.”

The Air Force has been vetting light attack planes for more than two years to find a platform that it could use to train and advise foreign militaries and provide a cheaper option for counterinsurgency missions than advanced fighter jets.

While not a typical competition, the service has held two rounds of live-flight demonstrations since 2017 that included the AT-6, Sierra Nevada Corp. and Embraer’s A-29, Air Tractor’s AT-802L, and Textron’s Scorpion.

The AT-6 and A-29 are moving on to a limited procurement run of fewer than five airframes each, as the Air Force says it wants to expand the parameters of its original experiment to include options like drones, helicopters, and jets. The A-29 will head to Air Force Special Operations Command to train foreign militaries, one of the original goals of the light attack experiment.

The Air Force wanted to issue a contract for the A-29 by end of 2019, and for the AT-6 in early 2020. Lawmakers have criticized the service for having an unclear path forward as well as for not moving as quickly to buy a light attack fleet as some want.

This is the second light attack-related complaint Air Tractor has filed with the Government Accountability Office this year. The first, submitted in June, was quickly dismissed.

The new complaint, lodged Nov. 1, gets at the heart of the Air Force’s pivot to nontraditional methods of seeking out new aircraft, one that brings in companies to see what they can do with platforms that are already built, which is seen as less formal than a regular competition.

Other Transaction Authority gives the military a way to pursue research and prototyping outside of regular contracts. The Air Force uses those agreements to move faster and without some of the constraints of the regular procurement process, though lawmakers are trying to ensure the alternative is still transparent and fair.

Richard Aboulafia, an aerospace analyst with the Teal Group, said this seems like a reasonable use of alternative contracting because the overall buy is so small—just two or three airframes apiece. He argues the Air Force is moving forward with the right options: the combat variant of a training aircraft the service already owns, and one of the most popular light attack platforms in the world.

“I do think that the increasing prevalence of OTAs, and the increasing share of dollars obligated through these instruments, is starting to raise concerns about the fact that competition is not required,” added Andrew Hunter, director of the defense-industrial initiatives group at the Center for Strategic and International Studies. “I expect these competition concerns to grow as the volume of OTAs grows.”