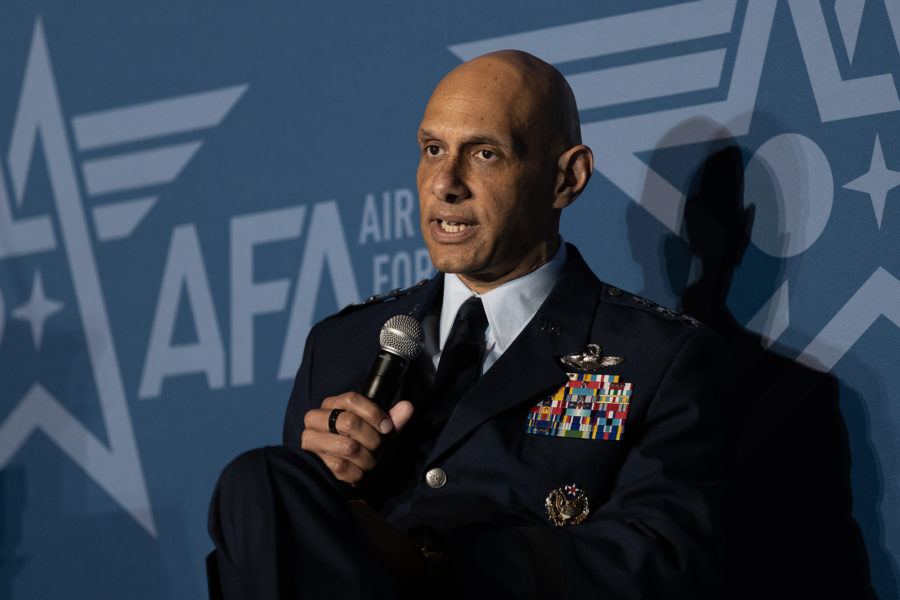 The Air Force’s new educational approach aims to create combat leaders more coherently and effectively and to do away with the curriculum that will not be applicable in a conflict.

This follows a review of Air Force PME after the 2018 National Defense Strategy charged that PME had “stagnated, focused more on the accomplishment of mandatory credit at the expense of lethality and ingenuity.”

After that, the Air Force redesigned its PME syllabi to focus more on practical lessons its students can apply on a future battlefield with an increased emphasis on America’s real-world adversaries.

“That feedback was heard,” Robinson said.

Over half of the Air Force’s PME will now focus on joint operations and air campaign planning. China, now known as the “pacing threat,” is front of mind.

More uniformed faculty have been brought in across AETC, the Air Command and Staff College, Air University, and other education centers after the service decided too large a proportion of instructors comprised civilian subject-matter experts.

America’s military, and the Air Force in particular, cite service members’ intellect and decision-making skills as critical advantages over rivals such as China, which have a manpower advantage over the U.S. and possess some of the same advanced technology.

Key to the quality of the U.S. armed forces is the strength of noncommissioned officers. U.S. military leaders have routinely cited Russia’s lack of an NCO corps to enable lower-level decision-making as one of its weakest points. With that in mind, Air University’s NCO Academy is also shifting its focus to creating better critical thinkers in battle.

“We’re going to have a good turn of the wheel on that this year coming and get that rolled out,” Robinson said. “It’s going to be across the board for all PME sources.”

The goal is to graduate Airmen who understand how to apply air power to joint, multi-domain planning and operations. In addition, the Air Force’s PMEs want to increase wargaming to test the practical application of what its students learn.

“Our Airmen are our competitive advantage vis-a-vis PRC or Russia or any other significant adversary,” Robinson said. The Air Force must ensure that “we’re pushing them, developing them, recruiting them in the right direction, so that they have confidence that they can go forth and help the Air Force return to the great power mindset.”